RICHMOND, Va. — In his latest quarterly Furnishings Digest, Jerry Epperson lays out the bad news and the good news all in the first paragraph.

“CHAOS” is how he describes today’s furniture and mattress industry. While the Fed and others debate whether or not we’ve entered a recession, Epperson, managing director of Mann, Armistead & Epperson, says the recession is already seven months old, that we’re in the “trough of an economic downturn which corresponds to the peak of the misery.”

And then the good news: Since we’re facing that peak misery now, Epperson believes a “slow but visible recovery” will begin in September.

Yes, September — just one month from now. Could good news for a plagued sector really be arriving so soon?

For some in the industry, this will come off as a little overly optimistic. After all, retail sales figures reported by the government have yet to truly reflect the demand turndown that furniture retailers have been experiencing for months. We’re just now starting to see the first reports of industry-related layoffs, closings and bankruptcies. Retailers are still backed up with inventory and producers are, too, thanks to cancellations and lingering logistics issues. And then there is the common belief that the furniture industry is often one of the first to feel the effects of a downturn, yet also one of the last to snap out of it.

So how is it the furniture industry could be on the cusp of recovery while consumer confidence sinks, and in the face 40-year-high inflation rates, people rein in their purchases to needs vs. wants?

In an interview with Home News Now, the veteran industry analyst stood by his recovery call and explained it in detail, along with his optimism for a strong October High Point Market to follow.

First things first, though. By “recovery,” Epperson doesn’t mean the post-lockdown boom of 2020 into 2021 will be back in force in September. He means exactly what he writes — that we’ll be seeing the very beginnings of a gradual recovery. “Slow but visible.”

Now here’s why. That recession we’ve been debating has been around for quite a while already, he said. On Wednesday, the federal Bureau of Economic analysis reported gross domestic product (GDP) fell 0.9% for the quarter ended June 30 — the second consecutive quarter of economic contraction (first quarter GDP came in at negative 1.6%). While two quarters of contraction is not an official definition of recession, it’s the one Epperson and many economists subscribe to.

“We’ve seen declines in a lot of things month by month by month,” he said. “When the 1.6% (decline in first quarter GDP) was announced, everybody acted like it was a shock.”

It wasn’t a shock to Epperson. “Retailers have been telling me ever since year end that they weren’t seeing the same number of people in, and people weren’t buying the same amount,” he said.

That’s not exactly a definition of recession either, but it’s definitely an indication of an economy that’s not in growth mode, as some 70% of GDP is related to consumer activity, he added.

So Epperson contends a recession, or the decline in economic activity, really started some time in January or even as far back as late in the fourth quarter of 2021. That means we’re at least seven months in; it’s just that the data is late and no one really likes to stick their neck out and try to predict the turning points.

No one that is, except, maybe, Epperson with his September call. That’s when, “a lot of things within the economy begin to improve,” he said, though the proof in the form of government data will follow later.

What about the theory that the furniture business is typically one of the first sectors to take a hit and one of the last to recover? Epperson said that’s a good observation and “a lot of us feel that way,” but, among other things, the housing market may help the industry along this time, even though housing activity news doesn’t sound all that promising these days, either.

Existing home sales have been flat or down for the past few months, but Epperson countered that housing data is reported on a seasonally adjusted basis, “so we might still be selling a decent number of homes.”

Mortgage rates spikes are another obstacle. The average 30-year fixed rate has jumped from about 3.5% in January to more than 5.5% in June, according to Freddie Mac data. Some sources say mortgage rates likely will continue to rise this year as the Fed continues to raise interest rates (another three-quarters of a percentage point this week) in its attempts to fight inflation and cool down economic growth.

But Epperson wants us to remember back to when mortgage rates touched historic lows several years ago. That’s when all the alternative mortgage financing options suddenly started to disappear. There was no longer any need for adjustable-rate mortgages (ARMs) or mortgages structured at lower-than-market rates with balloon payments scheduled for five, six or seven years down the road.

However, now that 30-year conventional rates are rising again, “we’re seeing alternative kinds of financing being rediscovered and offered to consumers,” he said. This includes some home rentals, structured so that a certain percentage of the rent payment goes toward a downpayment for a future mortgage conversion. What’s more, Epperson believes we’ve learned our lesson from the financial crisis of 2008 and that these alternative options are being offered responsibly and not to folks who truly can’t afford the payments.

So all of this can help bring on that September recovery, but that still leaves a question of whether consumers really need that much furniture after the buying binge of the past two years. Did the post-lockdown boom pull forward a lot of future furniture purchases, which, in turn, might hobble the industry’s recovery?

Epperson said he hears this argument a lot, too, and could support it, but he also thinks the business that came roaring back during the early days of the pandemic was different from anything the industry had experienced. It wasn’t that traffic was up so much. It was that close rates jumped to levels never seen before.

“What was up was people who came into the store and were buying,” he said. “They knew what they wanted, came right to it, and they purchased it. They didn’t shop. They didn’t look around. There wasn’t any impulse buying. They walked in the door and said, ‘I want this sofa in blue.’”

It was a jolt to retailers, who would tell Epperson, “Wow, this is a different kind of recovery.”

Also, thanks to all the government stimulus money, furniture customers were making those purchases without relying too much on credit. Even today, consumers are carrying less debt than they typically do, Epperson said.

So if those great months of 2020 and 2021 were more about close rates than traffic counts, and if consumer balance sheets are in a better place today, that means there are still a lot of consumers out there who have yet to move past the shopping stage, Epperson contended. They’re still in the market, They’re still buying homes or in need of housing, and they have healthy credit. All of this and more leads Epperson  to conclude that the recovery could be closer than some of us would otherwise forecast.

“I think in September, when we begin to see a few more people … who are positive about buying this, that or the other, we’ll have some positive news, and we’ll see that reflected at the October market,” he said.

In his newsletter, Epperson goes as far as to call this October High Point Market “the most important in a decade.”

“By then, inventories will have corrected somewhat, and you must plan for a stronger 2023!” He told HNN he expects October market to be “a good one in terms of attendance.”

“And I think people will recognize by (then) that business isn’t in the crapper like it has been for most of the summer.” 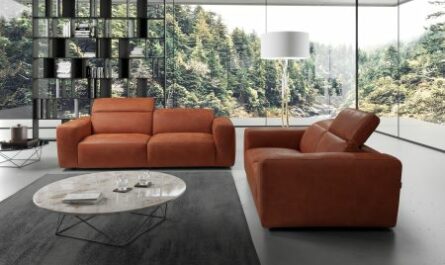 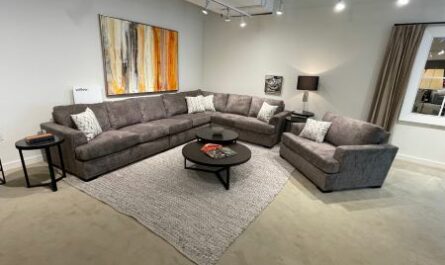 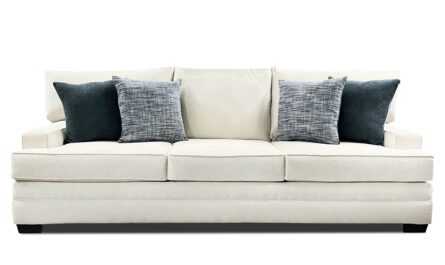