Hooker also noted that that factory production at its Asian suppliers has ramped up to near full capacity, as they have recovered from Covid-related shutdowns that the company said significantly reduced inventories through the first quarter.

“We are in a much better position for the second half than a year ago when factories overseas closed due to the Covid-19 pandemic,” said CEO and Director Jeremy R. Hoff. “Strong backlogs, full production capacity and optimum inventory levels position us to grow sales across all three segments as the second half progresses.”

“While consolidated sales were down modestly from a year ago, they improved from last quarter, and we expect an even more positive trajectory going forward,” he added. “As factory production in Asia ramped up to near full capacity, consolidated sales and earnings exceeded our internal expectations, and we reported sales increases in 2 of our 3 segments.”

He also noted that overstocked retailer inventories have contributed heavily to a reduction in orders seen throughout the industry so far this fiscal year.

“We believe retail business will remain solid as retailers rebalance their inventories and prepare for the fall and holiday selling seasons, a historically brisk time of year in the furniture industry,” Hoff added.

The company’s Hooker Branded segment had net sales of $52.8 million, up 5.8% from the $49.9 million reported the same period last year.

Operating income in the segment was $6.1 million compared to $8.9 million the same period last year.

The company said that as Asian suppliers resumed production and shipments earlier this year from the Covid-related shutdowns, inventory receipts at its U.S. warehouses increased each month, which allowed it to fulfill orders and reduce backlogs.

“At the end of the quarter, inventory levels increased by $33 million compared to the prior year end and by $15 million compared to the previous quarter-end, and we had $24 million of in-transit inventory,” said Paul A. Huckfeldt, senior vice president -finance & accounting & chief financial officer. “A high percentage of the in-transit inventory is sold orders that will help us work our backlog back to more normal levels over the remainder of this year.”

The company also noted that incoming orders in the Hooker Branded segment decreased as compared to the prior year quarter when home furnishings benefitted from dramatic post-Covid demand. It noted its backlog at the end of the quarter was at a comparable level to the prior year second quarter end but was 21% lower than at fiscal 2022 year-end due to increased shipments during the quarter.

For the Home Meridian segment, second quarter sales fell to just over $59 million, a 32.4% decrease from the $87.3 million reported the same period last year. This was due to lower sales at mass merchants and furniture chains from retailers that accelerated orders in the prior year and are now rationalizing inventory levels.

In addition, the company noted, roughly 40% of the sales decline is due to HMI’s exit from the unprofitable Clubs channel.

“Lower sales in the e-commerce channel were also a factor, as sales in this channel returned to pre-pandemic levels and growth rates,” the company said. “These decreases were partially offset by continued recovery in the hospitality business and the launch of the Pulaski Upholstery division which is targeted at medium price points not currently serviced by other divisions.”

Hoff said the outlook is more positive for the segment in the second half.

“Having mostly recovered from the factory shutdowns in the second half of last year, we anticipate that HMI will achieve sales growth in the second half of this fiscal year as they exit unprofitable channels to focus on building a more diverse, sustainable and consistent core business,” Hoff said. “We are looking forward to the upcoming introduction of “Portfolio,” a new focus on additional channels of distribution through a warehouse stocking program out of the new Savannah, Georgia warehouse. The program encompasses an assortment of over 1,000 ready-to-ship SKUs across four of HMI’s brands with no order minimums.”

“Launching during the October 2022 High Point Market, the rollout of Portfolio will enable us to further diversify our customer base and distribution channels for HMI, allowing us to reach a vast network of independent retailers and interior designers,” Hoff added. “Servicing the new Portfolio program required an inventory mix change and not an overall increase in our inventory.”

The Domestic Upholstery segment reported net sales of $38.3 million during the quarter, up 62% from the $23.6 million reported the same period last year. The company noted this marked the segment’s sixth consecutive quarter of double-digit sales increases, which were driven by “organic sales growth at Bradington Young, Sam Moore and Shenandoah, plus the addition of outdoor division Sunset West’s results.

Operating income in the segment during the quarter was $1.7 million, up from $569,000 reported the same period last year.

“Although we experienced some disruptions of the delivery of raw materials for production, all three divisions were operating near full capacity with shipments exceeding prior year periods and our internal goals,” Huckfeldt said. “However, gross margins decreased in the fiscal 2023 second quarter due to significantly increased raw material costs, partially offset by overhead absorption on higher sales volume.”

The company also noted that incoming orders in the segment decreased due to current lead times and high backlogs. The quarter-end backlog was at the same level as the prior-year quarter but was 7.8% lower than at fiscal 2022 year-end as higher shipments reduced backlog. Overall, the company said, the Domestic Upholstery backlog was five times pre-pandemic levels in calendar 2019. 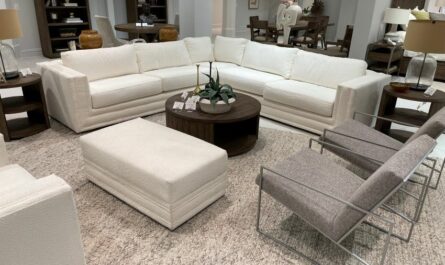 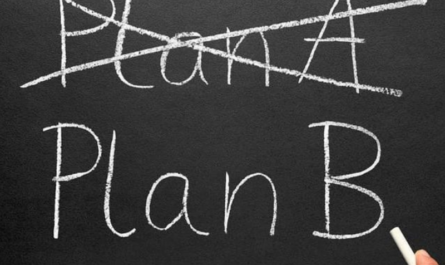 Startups navigate the many challenges of a pandemic