HIGH POINT – Motion furniture manufacturer Man Wah has sent a letter to retailers defending its business practices as part of an ongoing dispute with supplier Raffel Systems, which recently won a $106 million jury verdict against the company for its alleged stealing of intellectual property relating to Raffel’s functional cup holders used in motion upholstery.

A judge is expected to make a final decision on the actual jury decision sometime in the coming months.

Man Wah USA President Gabriele Natale has responded to the allegations in a letter the company sent to dealers Monday, saying it stands behind the quality of its furniture and its business practices.

“As you may be aware, Raffel Systems a former supplier of ours and its attorneys are seeking to leverage a recent court decision and take advantage of political sentiment toward China to wage a baseless, reckless and absurd PR campaign against our company in a blatant attempt to discredit our character and respected standing in the market while raising its own profile,” Natale said. “We strongly disagree with the jury’s verdict in the case, which has yet to be approved by the judge, and plan to challenge it at the trial court level and on appeal, if necessary.”

He said in the meantime, Man Wah seeks to address what it describes as false accusations that Raffel has made since the verdict was made public June 17.

“As a holder of more than 300 patents, Man Wah respects and abides by intellectual property rights, and is proud to work with and support scores of small business suppliers in the U.S. and internationally,” Natale wrote. “We do not sell counterfeit products. In fact, we are known for our innovation and inventive approach, driven by our large, in-house R&D department.”

He said the case against Man Wah involved a single component used in one product line among Man Wah’s hundreds of offerings. This, he noted, represents a minute percentage of its overall product portfolio.

“That component, a lighted cup holder with a control switch, was manufactured by a third party and was discontinued more than three years ago,” Natale said. “Working with our retailers, we addressed any potential issues they had with these products.”

He added that after more than four years of use, there has not been “a single instance of any damage to persons or property caused by the cup holder component in question. And, as independent testing has verified, there is absolutely no evidence of any safety issues with this cup holder product.  Any suggestion by Raffel otherwise is unsubstantiated fear mongering.”

He said that the company is taking steps to refute many false statements made to the media by Raffel and its attorneys.

“Although we contend Raffel’s PR-driven push for an investigation is meritless and entirely unwarranted, we are fully prepared, however, to openly discuss our operations with any government authority,” Natale continued. “As these events continue to play out, our hope is that they will have little or no impact on our ongoing business with you, our most valued customers. As such, we look forward to working with you as we always have in proudly offering our fine products to consumers across the U.S. and beyond.”

The company also issued the following rebuttal to each of Raffel Systems’ allegations:

Raffel Systems legal counsel made the following statement in response to Man Wah’s letter to dealers:

Man Wah’s latest attempt to convince the industry it did not steal Raffel’s intellectual property is nearly identical to its effort at trial, which resulted in a unanimous guilty verdict and one of the largest financial penalties in Milwaukee’s federal court’s history,” John Scheller, lead attorney for Raffel Systems, told Home News Now. “The undisputed facts are that Man Wah deliberately copied Raffel’s intellectual property, proactively included Raffel’s patent number on its own counterfeit product, and its former U.S. CEO admitted to doing so in emails. The jury reviewed all of this evidence and more at trial and decided resoundingly in Raffel’s favor. Man Wah’s latest attempts to describe itself as an upstanding corporate citizen are laughable given the large body of evidence against Man Wah that was brought to light in the public trial, which Raffel will continue to shine a light on to the industry and to relevant governmental agencies.” 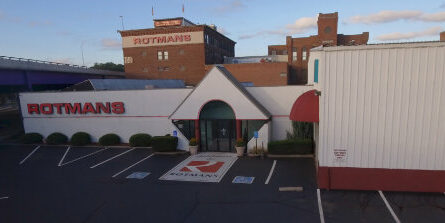 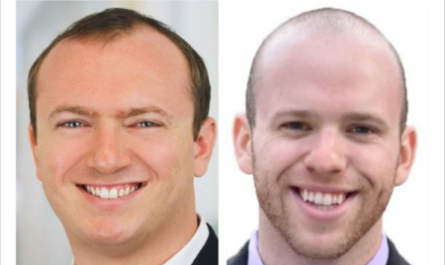 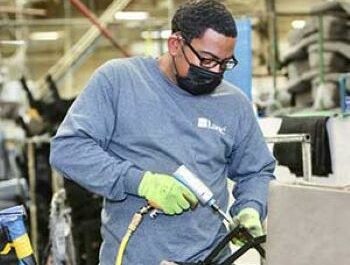