Working with the Champion Autism Network (CAN) on a new fundraising event, industry consultant and former general manager of Intiaro, Richard Sexton, is taking a break from his role in the furniture industry to focus on autism awareness.

Sexton will gear up to run a marathon a day from Hothouse, NC, to Surfside Beach, SC, from April 28 to May 26—all while carrying a slamball. The fundraising event will raise money for CAN, While running the marathon, he’s going to have to be 100% focused on the rock, which is why he’s leaving Intiaro to focus on the marathon full-time.

But he isn’t leaving the industry behind altogether.

A last-minute idea came to Sexton a few days ago: what if he visits furniture stores during his trip? He’s going to be running in high traffic areas, which is where a lot of furniture retailers have their stores, so he figured this could be a fun opportunity. If it works out, he will plan to update the industry with dispatches from the road.

“It’s a new twist, and it’s kind of a cool idea, as long as it doesn’t take me too far off my path,” Sexton says. “I don’t have any appointments yet, but the interns at CAN are looking at the route they planned for me to see which stores I might pass by.”

And when he returns from the trip? Well, he says it’s a complete carte blanche. “I can’t even see beyond this event,” he explains. “It’s like a big black box I’m going into.”

Right now, he’s staying focused on training for the marathon–which is just three weeks away—and looks forward to meeting people along the way and seeing how this raises awareness for autism.

And this isn’t Sexton’s first go-round with marathon charities. In 2016, he ran the Myrtle Beach Marathon for CAN wearing Slappy, a slamball that represents the extra struggle people on the spectrum face. He sees the upcoming marathon as a unique opportunity to do something even more significant when it comes to autism awareness.

According to CDC data, 1 in 54 children in the U.S. is diagnosed with an autism spectrum disorder (ASD). However, many people are still unaware of what ASD is, how it can present itself and how to live and work with people on the spectrum.

CAN was founded for this very reason and helps “create a world-wide network of autism champions by partnering with businesses, local nonprofits and individuals with autism and their families to create inclusive communities.”

“I was really fascinated with their mission to help the families that have someone they’re living with who is on the spectrum,” Sexton exlpains. “They get support outside of the home, but at the end of the day when they come home, that can a real challenge and put the families under stress.”

Sexton also primarily substitutes teaches with exceptional children (EC) classes, which directly affected his decision to start this marathon fundraiser. “I just love those kids,” Sexton says. “What they wake up with every day and deal with, it shames the people who think their lives are hard.”

And while Sexton doesn’t have anyone on the spectrum in his family, he does say his adopted son Daniel was a big inspiration for the marathon idea as well.

“My son Daniel is not on the spectrum, but families who adopt children out of hard places have a lot of the same dynamics as families of kids with autism,” Sexton explains. “It can be tough. Sometimes you just don’t know what’s going to happen when you go out. It’s getting better as his confidence increases and we understand his hot buttons, but those first couple of years were hard for the family. And having a child with autism is similar. It’s kind of like walking on eggshells.”

As he trains, he’s also thinking about ways to take this concept a step further and into other markets.

“Maybe in the future, we can take this idea to new places, or have relay teams that run state by state,” he says. “And that’s been one of the neatest things to see—how we can leverage this into something bigger for the autism community at large.”

To support Sexton’s marathon, visit this link to donate. 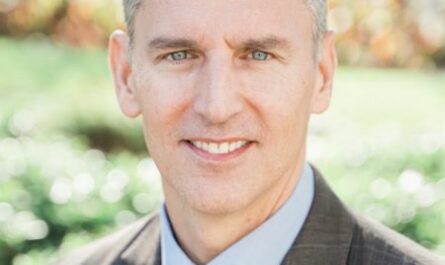 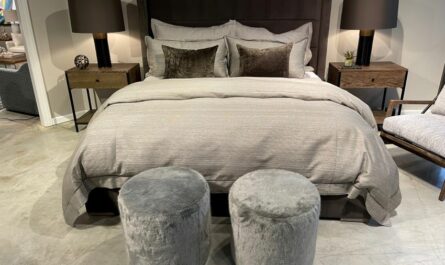