During a presentation at FMG’s virtual Spring Training event, TSI’s Steve Rusing backed up his optimism with consumer research and other data

HIGH POINT — While furniture stores continue to report big gains following last spring’s pandemic lockdown, some in the industry are beginning to wonder if the party will soon be over.

Some say the heavy backlogs caused by months of supply chain disruptions will inevitably lead to order cancellations. Some think consumers will soon be taking their discretionary dollars elsewhere as more people are vaccinated and the prospects of traveling, eating out and other forms of out-of-home entertainment becomes less risky.

But at Furniture Marketing Group’s virtual Spring Training event this week, Tempur Sealy International’s Steve Rusing presented the case for why the good times are likely to continue to roll for the bedding category and arguably other segments of the home furnishings business despite the supply-chain nightmares the industry has been facing for months.

“I think the concern we all have is: Was this business pulled forward?” Rusing said in a recorded interview with Alan Vonder Haar, director of strategic development and growth for Jackson, Miss.-based Miskelly Furniture.

“Is this somewhat of a sugar high that we’re on? That we’ve pulled it forward, and there’s going to be a bill coming due.”

Rusing, TSI’s president of U.S. sales, was referring to the solid, if not great, business many retailers have seen over the past six to nine months and whether or not consumers, still flush with stimulus and other found money, have spent all they’re going to spend on home furnishings for awhile. Then he made the case for optimism, offering up research findings and other data that point to something more than a pulling forward of sales.

TSI, he said, conducted exhaustive research on consumers who were shopping and intended to purchase mattresses from November 2019 to November 2020. Of those who were planning a purchase in their given timeframe, only 7% of them “pre-poned” the purchase, meaning they moved the purchase up. That’s not a significant amount, he said.

On the other hand, another 18% actually postponed their mattress purchase — even during the worst of the pandemic, when they were at home more often, not travelling, not eating out. That 18% is a significant number,  and “it’s going to be somewhat of a tailwind,” Rusing said.

So if not so many consumers pulled their mattress purchases forward and an even greater number postponed purchases, where did that rush of business last year and into early this year come from? That’s the big question TSI thinks it has answered, and the answer speaks to why Rusing is so confident about business in the months ahead.

Last year’s purchases, the ones that made for some great business for retailers starting around the summer? They fall in a bucket Rusing called “unplanned.”

“These were people who purchased but didn’t plan to purchase in that timeframe,” he said. “And not surprisingly, it ties to the economic indicator that has the highest correlation to mattress sales”— the housing market.

Housing has been on a tear for several reasons — low interest rates and people moving out of cities and into the suburbs, to name two. Home sales jumped up 10% last year (and while Rusing didn’t have the forecast for this year, he said he’s seen data that shows the U.S. market is still woefully underserved, by about 3 million units).

The roaring housing market “really brought new consumers into our stores and into our product category,” he said, adding the demand for housing remains strong and, “We don’t see that abating.”

On top of this, Rusing said those rounds of stimulus checks we’ve all seen may not have played the oversized role in the industry’s boom times that so many people believe. He referenced a recent Goldman Sachs report that said in this stimulus-heavy environment, lower-income consumers have been focusing on paying off debt while middle-income consumers have been focused on saving. That would suggest the majority of the stimulus money went into one of these two buckets instead of, say, purchases of new mattresses.

He called this both interesting and encouraging “because the stimulus is short term, “it happened and then it wears off.”

But what happens when consumers finally do feel better about traveling and spending money outside of the house? TSI went about answering that question by asking consumers about their purchase plans for the fourth and first quarters, and it did so with a qualifier to break out those consumers who planned on traveling more. The idea was to see how those new travel plans might impact their spending plans on other categories.

Short answer: It didn’t. They plan to spend at the same rate as the general population, Rusing said.

But how are they going to pay for all those vacations if not with discretionary dollars that might otherwise go to mattress purchases? The answer to this one goes back to the consumer’s stimulus-driven focus on saving. Savings for American consumers has jumped from $2.2 trillion a year ago to $3.6 trillion today, Rusing said.

“The American consumer has been saving as they have not been traveling, and when they do go to travel, they’re going to take some of that out of savings to pay for it,” he said. “Those are two data points we feel optimistic about and we’re bullish about and that’s represented by our commitment to the national advertising we’re going to spend this year.”

But in order for retailers to get their share, they need to rethink their own promotions and advertising plans. Rusing said that due to today’s continuing strong demand and capacity constraints, TSI has seen retailers’ “shared voice’ advertising spend decline vs manufacturers ad spend. He said it’s important retailers revisit ad budgets now because capacity is on its way back up. Despite a recent hiccup in foam production by TSI resource Carpenter Co., Rusing expects to see a ramp-up in foam allocations and production output soon, and believes, “once you get to June and the summer selling season that we’re going to be unconstrained on foam.”

“We’re aggressively going after it, and I’d suggest to all our retail partners that you join us and do the same.” 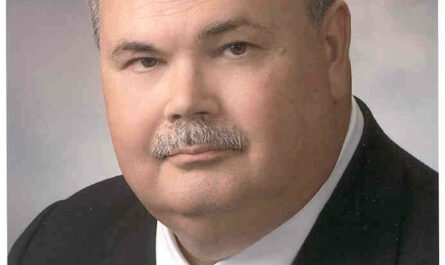