After many years of operation, owners close their doors as family members don’t wish to remain in the business

HIGH POINT — Industry retirements have been fairly big news on both the retail and supplier side of the business in recent months, with both well-known and some lesser-known figures stepping down from their long-held positions.

On the supplier side, this amounts to a transition in leadership in which a well-groomed successor has been named to fill the shoes of a former president and/or chief executive officer. Key examples we’ve written about include AICO, Universal, Craftmaster and even the International Society of Furniture Designers.

On the retail side, some retirements are unfortunately ending in a closing of the business.

The most recent example was news this week that Home News Now 125 Retailer Weekends Only Furniture & Mattress is closing all eight stores with the retirement of company owner Tom Phillips. The closing will impact five stores in metro St. Louis, two in Indianapolis and one in Springfield, Missouri.

Here are some other retirements and store closings, some of which we’ve written about in recent months.

+ In late September, Pottstown, Pennsylvania-based Lastick Furniture & Floor Coverings announced it is closing its store after 50 years in business, with the retirement of owners Jerry Lastick and Marsha Lastick-Petnick. A going-out-of-business sale started in early October.

+ In mid-October, Brodhead, Wisconsin-based Pierce Home Furnishings also began a liquidation sale with the retirement of John Pierce. It marks the end of a furniture retailer that has been in business 70 years.

+ Also in mid-October, Huntington, West Virginia-based Huntington Wholesale Furniture announced it is going out of business after 105 years. The company has been selling off its remaining inventory including living room, bedroom and dining room furniture as well as wall décor, accessories, lamps, pillows and more.

+ Worcester, Connecticut-based Rotmans Furniture announced in early October that it was closing its doors after more than 60 years in business. Owner Steve Rotman told Home News Now at the time that he decided that at 83 years of age, it was time to step aside. His children, he noted, are not interested in being involved in the furniture retail business. “Retail home furnishings wasn’t in their blood,” he said, noting that there were some other family members that worked for the business up until about five years ago. “It is to the point where there is no family involved in the business except myself. I feel that I am at that point where it is just time.”

+ Conroe, Texas-based Homestead House announced in late May that it too was closing its doors after a decade in business. Owner Chris Pfeiffer told Home News Now at the time that the company did well overall during the pandemic because of high consumer demand for home furnishings, and that the business has even been profitable. However, he said it has been a challenge for him and his wife, Linda, to deal with various issues directly ranging from long lead times and delayed customer shipments to extremely high transportation costs.

+ And in March of this year, Harrisburg, Pennsylvania-based NB Liebman Furniture announced it was closing with the retirement of second generation owner Charles B. Liebman. The store had a storied 76-year history in the area, winning many awards for its community involvement and support. While the owner’s daughter was also involved on the administrative side of the business, Liebman told Home News Now that she did not want to continue with it.

Of course there are plenty of examples of strong family involvement and succession planning on the retail side of the business, both at large and small retailers alike. These include City Furniture, HOM Furniture, Walter E. Smithe Furniture & Design, Miskelly Furniture, Coconis Furniture & Mattress 1st, Raymour & Flanigan, Nebraska Furniture Mart, American Furniture Warehouse in Greensboro, North Carolina, and Gardner-White Furniture, to name several.

This week we’ve also written about a small family-owned retailer called Daniels’ Homeport where the next generation is also participating in the business.

“Family businesses need to have a well-defined strategy and plan to pass the company on to the next generation,” The Alternative Board says. “One of the common problems to overcome is making sure the business’s heirs and leaders understand their roles clearly. They must be educated well enough to lead the company toward profit and growth. They should make sure the legacy is well defined and that agreement on this critical issue is solid. If the family heirs can work their way up the organization chart, the better it is when the time comes for them to take over. If third-party help is needed to facilitate this effort further, there should be no hesitation in securing help and assistance to make sure the company moves on successfully.”

But the challenges could be even greater for retailers, particularly smaller stores competing with larger stores in their own backyards. Family members simply aren’t interested in continuing the operation or playing in this field.

Fortunately there are plenty of retailers of all sizes where family members — and of course non-family members — are involved in the business, potentially keeping those organizations vibrant for years to come.

Obviously continuing a business with decades of doing business in a community is a personal decision. But it’s also one that potentially will keep many small businesses — which are collectively the lifeblood of the economy — afloat, serving not only consumers, but also providing many much-needed jobs and competition in local markets. 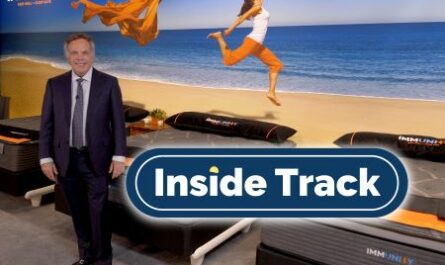 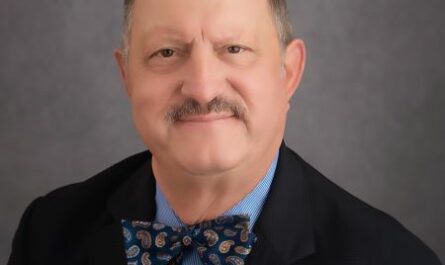