Home News Now thought this would be a good time to check in with a couple of attending members to ask for some takeaways just before we head into another furniture market cycle. Ira Fruitman, owner of Bedroom Express Furniture & Mattresses in San Bruno, California, brings the perspective as a BrandSource member with a focus primarily on what’s to gain from joining a buying group that caters to the small to midsize independents. Jason Fletcher, CEO of Greensboro, North Carolina’s American Furniture Warehouse has the independent retailer view from the floor of Nationwide’s PrimeTime, with his eye mostly on economic twists and turns and what they could mean to stores like his in the near term.

As a bonus, they also succinctly summed up Labor Day weekend business for us.  But first the key takeaways from the shows:

Buying groups are the great negotiator.  Bedroom Express joined BrandSource roughly 15 years ago. Back then the retailer was mattress dominant, and, “No matter how good a negotiator I was, over time, the vendors would slowly increase their prices,” Fruitman said. When he looked into the BrandSource programs, he discovered, essentially, the opposite, that “over time, I would do better without constantly having to work on renegotiating my own independent deals.”

And as Bedroom Express evolved into a whole-home home furnishings retailer, Fruitman said BrandSource has evolved, too, into a buying group with a more robust furniture program that includes many of the lines he carries, including Ashley and Flexsteel. “They recognize furniture as their future, and they’re aggressively going after it,” he said.

“The deals are starting to show up,” said American Furniture’s Fletcher. “As the major retailers have canceled or delayed orders, vendors are sitting on product that they need to move and are getting motivated to sell it. Ask if they have something and make an offer,” he suggested. “The worst they can say is no, and you have plenty to sell already anyway.”

Now a retailer won’t necessarily see that gain in the form of a stand-alone check. What the business gets, instead, is a bigger direct deposit from the lender, one that comes closer to the actual ticket price the retailer charged the financing customer than would have been the case without a buying group program.

“If someone says they’re doing $300,000 a year in consumer financing and they save 1%, that’s $3,000 — that’s your dues. At least it is for us,” Fruitman added. “For other companies and buying groups, it may be less, it may be more. But the  point is: that alone should pay for your dues. Everything else is frosting.”

No question about it: The economy is definitely slowing. “While there will be some regional differences, as a rule, the end of the stimulus programs and the raising of the federal interest rate are having a cooling effect on demand,” Fletcher said. “We need to be prepared for things to stay soft for at least the next year.”

And buying groups help smaller players navigate these turbulent times. “Clearly the last several years have been all over the place — like a compass needle going every which way,” Fruitman said. First, it was pandemic-related store shutdowns. Then factories aggressively pushed product to the fewer doors that remained open. (If you were one of them, you became a very important customer.) From there, the industry became one marked by product shortages, surcharges and price increases.

“And it has changed again,” Fruitman said. “That’s another reason to be part of a buying group. If you work for a bigger corporation, you’re constantly in training, getting updates and whatnot. As an independent, you don’t have that ability to gain that knowledge. A show like this gives you that ability — to work one-one-one with your vendors and higher-level people and get a lot more insights. You’re also forging relationships that might put you in the queue to get some better deals.

“That gives you more confidence as a retailer. And if you’re confident, you’re going to carry that back to your store and your team. They know your part of an industry, not just a local guy trying to get by. You’re a part of something bigger.”

One of the biggest things Fruitman took away from this particular Dallas show has to do with the importance of inventory management today. He’ll be making sure he’s not overpaying for product that’s still coming with surcharges attached because — as a result of the slowdown at retail — there are many other sources to choose from that are dropping these added charges.

Get your message out there. “The big-box stores have ramped up their advertising, definitely on digital,’ Fletcher noted. “Resist the urge to back off on your advertising. Tell your story, what makes you different and unique in your community. Whatever it is, say it loud and proud!”

BrandSource’s Furniture Technology Source banner is gaining traction. When Fruitman saw the first iterations of the fairly umbrella of offerings designed specifically for furniture and bedding retailers, he liked it. But it took until the convention in Dallas for all the pieces to start coming together into something he said he’s proud of, “and now I’m a little behind because I didn’t evolve at the same speed they did. I have to do a little catch up.”

Among other things, Fruitman said FTS now offers an impressive in-store endless-aisle kiosk upgrade, and he likes the latest version of its websites offering, which includes coordinating piece suggestions and customer prompts for things like extended protection plans. “They’re giving us the ability to get those add-ons,” he said. “It’s amazing how many upgrades the consumer will buy on their own … when it’s sitting there in black and white.”

The mattress advantage. Being in a buying group “actually gets you the best exposure to the latest bedding available, as most bedding manufacturers have largely abandoned the High Point Market and Las Vegas (is still rebuilding post pandemic),” Fletcher said. “In a couple of hours at PrimeTime I can see more bedding than all of High Point put together across seven days.”

Fruitman had a similar take, noting, “The mattress guys — they do a huge display, and you get to see everything under one roof. Their displays are bigger than they are in Las Vegas. If you want to look at the whole line, it’s there, especially for the private label beds (offered exclusively) through the buying groups. This allows us better margins because you’re not competing with all the national online organizations with national branded product. You get the big name but with a private label.”

It’s like a family dinner, where talking business isn’t off the table. This is Fruitman’s biggest takeaway:

“When I go to a show that’s diverse like this one is (in Dallas), it gives me an opportunity to look at other businesses and how they operate and other businesses that I might even want to add into my business. That’s pretty important — to converse with someone selling other big-ticket, large items. They share the same issues that we do … I’m in a room with my peers, and we’re speaking the same languages. We’re  talking deliveries, personnel, advertising, financing. It’s like going to a family dinner but only talking about business. When I’m in the same room with these other owners, I always come away with so much more than I walk in with. It’s just amazing.”

Labor Day business was so-so. “Traffic was down, sales flat,” Fruitman said. “The Bay Area had a heatwave, over 100 degrees. Even the streets were quiet.”

American Furniture Warehouse’s Fletcher reports, business was, “Good but down from last year. “Of course we had inventory when no one else did (last year) so we took home all the trophies.” 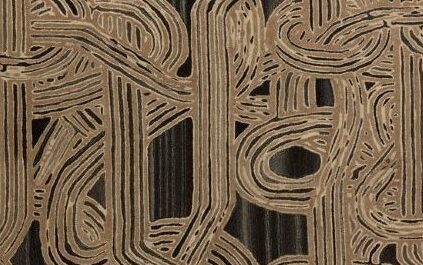 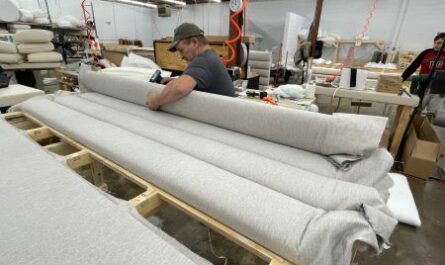 N.C. business survey gives reason for optimism in the months ahead