AUSTIN, Texas – Four Hands’ upholstery division is planning to expand production to the United States and Europe in the coming 12 months. It’s just one of the goals of Rick Lovegrove, a company veteran who was recently promoted to be the first president of upholstery for the Austin, Texas-based company.

In a recent conversation with Decor News Now, Lovegrove also talked about plans to expand the upholstery division’s sustainability initiatives and its commitment to strengthening relationships with textile and leather suppliers.

A strong relationship with a current textile partner has led to what Lovegrove says will be big news from the division at the High Point Market Oct. 22-26, where the company plans to introduce 250 upholstery and leather pieces.

“All I can say now is it is a textile that’s never been seen in our industry before in terms of what it does and how it looks,” Lovegrove says. “It’s super cool.”

Lovegrove joined Four Hands in 2014 when upholstery was just a small part of the company’s business. Prior to that, he’d worked for nearly two decades for Montreal-based G. Romano, a producer of made-to-order contemporary upholstery founded by Lovegrove’s father-in-law, Gino Romano.

During his tenure at Four Hands, Lovegrove is credited with increasing annual upholstery revenue from $12 million to $120 million, making it the highest revenue-generating category for the company. The division produces upholstery in five countries and has partnerships with more than 50 mills and tanneries.

“The vision I had for upholstery was to not be doing what everybody else was doing, so we took a bit of a different approach,” he says. “My background was domestic manufacturing, and Four Hands is obviously a global company. My vision was basically to take a domestic lens on design and manufacturing and leverage the assets of Four Hands around the world. We took a hands-on approach. With all our vendors, we really felt we could train them on how to build a better product and how to build a product that had a Four Hands identity to it. One of biggest things we did: We went from buying to designing. …That was a huge step forward. It allowed us to stand out.”

The company currently produces upholstery in about 15 partner factories across China, Indonesia, Mexico, the Philippines and Vietnam. It has in-house teams — “not sourcing agents” or “inspection companies” — in each country to oversee manufacturing, Lovegrove says. With a design partner in the Philippines, Four Hands opened a prototype workshop where it builds upholstery samples that it then ships to other plants for production.

In the coming 12 months, Lovegrove expects Four Hands to expand its upholstery manufacturing into Europe and the United States. Among other things, the move will help the division meet sustainability goals and also broaden its production and sourcing capabilities, he says.

“As a global brand, it’s important to have a presence in Europe and the United States,” he says. “… If we can be a complete global manufacturer with a presence in Asia, Latin America, Europe and North America, we’ve kind of checked all the boxes.”

“We’re really able to leverage the strengths of these individual countries. … (Global production) allows us to create an assortment that is almost endless,” Lovegrove continues. “… That’s just not something a company with only a North Carolina factory or Mississippi factory can do. They are a lot more limited in their toolbox, whereas our toolbox is wide open.”

Another reason for Lovegrove’s push to manufacture in Europe and the United States: Those regions are leading sustainability initiatives in manufacturing, which fits with his goal of reducing the upholstery division’s environmental footprint. Those efforts will include assessing the division’s use of recycled and recyclable materials, and setting goals for improvement — all with a focus on changes that will be measurable and traceable throughout the supply chain.

“It’s something we’re definitely taking to a new level,” Lovegrove says. “As one of the larger brands in the industry, it’s really important that we make sure what we’re doing is right for the planet and right for our employees.”

Today, about 85% of Four Hands’ upholstery is designed in-house or by exclusive design partners, Lovegrove says. He credits the design team with having a deep understanding of furniture manufacturing, which he says improves both the design and production processes.

“The four of us work closely together to make sure that we have synergy between all categories,” Lovegrove says. “We base that off the creative direction for the year and then we build out stories within categories to make sure everything is harmonious.”

View all posts by Julie A. Palm → 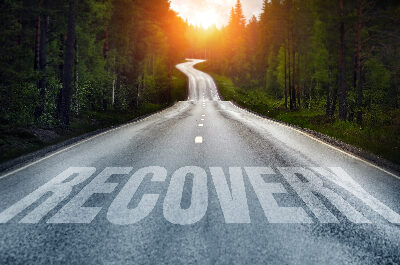 Can a furniture industry recovery really be just around the corner? 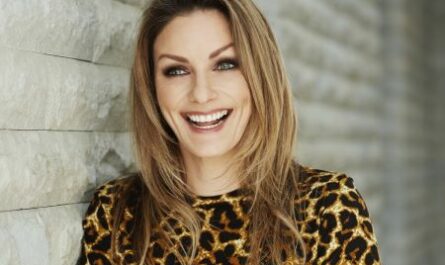