COLFAX, N.C. — The looming prospect of a new mandatory stability and safety standard for clothing storage units will be a primary area of interest for those attending the Aug. 17-18 American Home Furnishings Alliance Summit.

Andresen will discuss how the proposed STURDY (Stop Tip-Overs of Risky Dressers on Youth) Act legislation has impacted the ASTM voluntary standard process and the United States Consumer Product Safety Commission rulemaking process. He will also discuss the AHFA’s role in building consensus towards a solution, including with parents and child safety organizations.

Rosati will discuss the current voluntary standard — ASTM F-2057 — along with proposed testing updates expected to take effect this fall. This presentation will include demonstrations of the new testing methods on clothing storage units and a discussion of how the industry is working to achieve a new mandatory stability standard.

Green will discuss how the Consumer Products Safety Commission spent a decade debating a federal flammability standard for upholstered furniture and whether the same drawn-out process will occur with the tip-over issue.

Indeed, the outcome on the issue is expected to be one of the most impactful developments for case goods in many years, affecting manufacturers, importers and retailers alike with a new mandatory standard that aims to prevent injuries and deaths of children involved in tip-over incidents.

AHFA has been working behind the scenes with ASTM and concerned parents to help develop a testing method that makes sense for the industry.

The proposed testing method to be demonstrated at the event, incorporates a 60-pound weight on the drawers, up from 50 pounds in the current voluntary standard. This portion of the test also simulates the case being placed on carpet by positioning it at an angle with a portion of the case elevated slightly off the ground.

A second proposed testing method accounts for dynamic force being applied to the top of the case.

The development and approval of such testing methods are a key component of STURDY, which calls for a mandatory safety standard for clothing storage units 27 inches tall and higher. According to the proposed legislation, this standard would take effect within 180 days of its passage.

As written, the STURDY Act requires a measurable series of tests that simulate real world use including the placement of clothing storage units on carpeted surfaces with items in the drawers and also having multiple drawers open. It also requires a test simulating dynamic force.

These tests are meant to simulate the weight of children up to 60 pounds and up to 72 months, or six years old.

The standard would supersede any other existing consumer product safety standard that applies to clothing storage units.

The STURDY Act has already been approved in the House, but is awaiting approval in the Senate where it has been slightly modified to include the aforementioned provisions. Proponents are hoping the bill gets approved before the end of this year — including another vote in the House to accept the slight changes in the Senate version.

If it doesn’t pass this year, it would have to be reintroduced before a new Congress in the coming year.

These testing methods to be demonstrated at the summit are considered to be a more realistic and achievable standard than those proposed in last year’s Notice of Proposed Rulemaking (NPR) from the United States Consumer Product Safety Commission.

While the testing methods incorporate some of what’s in the NPR, the NPR itself proposes a series of tests that would result in each piece receiving a tip rating between one and five, with five being the most favorable. Anything below a one would be non-compliant.

According to the AHFA, not a single unit from its member companies that meet the current voluntary standard even achieved a score of one when tested using the NPR’s complex stability criteria.

Installing an interlocking system and/or other changes that add weight to the unit could help meet the NPR testing standard.

However, making changes to the structure of the piece would not only make it potentially more expensive: it could also require a whole new drawer guide system, replacing a preferred drawer guide used in the industry, observers note.

AHFA and industry officials note that manufacturers, importers and retailers need to pay close attention to the issue due to the quick implementation period proposed by the legislation that is also supported by child safety groups — including parents of children killed or injured by tipovers —  who have long advocated for a tougher safety standard.

“The first question is “have you taken the step of making sure that every product — every clothing storage unit you sell is compliant with the current voluntary standard?”” one observer said. “Because if you are not doing that, you are going to have a big learning curve with all of this. If you have not bothered up to this point to make sure that everything you’ve got is at least adhering to the voluntary standard, then you are assuming a huge risk.”

Another key issue would be once a mandatory standard takes effect, what will happen with any other product on the floor or in the warehouse that doesn’t meet this new standard.

“If they’ve got stuff that doesn’t meet the voluntary standard now, once this moves forward, that will present an even greater risk for them, which is product being recalled. And not to mention, if its not compliant, the chances of it tipping over are greater.”

This week’s summit will address these and other issues. Stay tuned for more coverage of the event from Home News Now. 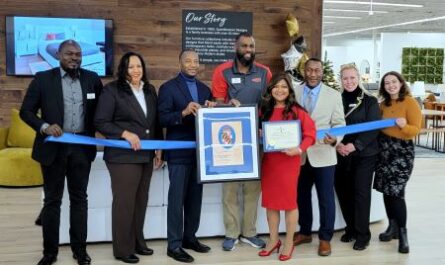 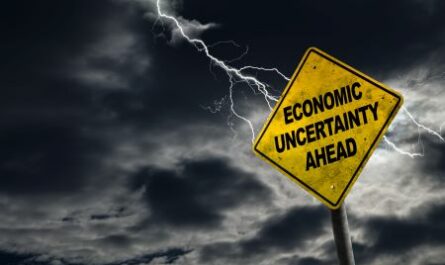 Think strategically about financing programs in an uncertain economy 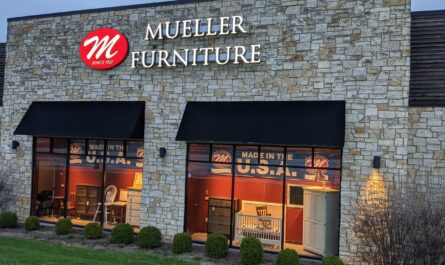