WASHINGTON, D.C. – With the recent passage of the Safe Sleep for Babies Act in the U.S. Senate, the bill banning the sale of crib bumpers and inclined sleep products is set to be signed by President Joseph Biden.

The bill makes it unlawful to produce, sell or distribute crib bumpers or inclined sleepers, which have been tied to infant suffocations. Inclined sleepers are designed for infants up to one year old and have an inclined sleep surface greater than 10 degrees. Crib bumpers are padded materials placed along the inside of a crib and are meant to prevent the child from being trapped in any of the unit’s openings.

Unpadded, mesh crib liners are not affected by the legislation.

Teresa Murray, a consumer watchdog with PIRG, said that the legislation will protect millions of babies.

“No child should ever be in danger while sleeping in or with an item their caregiver thought was safe,” she said in a statement. “And no parent should ever endure the pain of their child dying or suffering an injury from a product they didn’t know was dangerous. Experts have said inclined sleepers and crib bumpers should have been banned years ago. Thankfully, this will finally happen.”

The American Academy of Pediatrics also has warned of the dangers of these products.

“The final passage of the Safe Sleep for Babies Act represents a monumental victory for children’s health and is a culmination of decades of pediatrician advocacy,” said Moira Szilagyi, president of the AAP. “By banning the sale of dangerous and unsafe crib bumpers and inclined sleepers nationwide, this AAP-championed legislation is a true game changer when it comes to protecting infants from products that have no place in a safe sleep environment.”

“The message from pediatricians has long been clear: the safest sleep environment for babies is a firm, flat, bare surface,” Szilagyi added. “Despite what the science shows, crib bumpers and inclined sleepers have remained on the market and store shelves, misleading parents into thinking they are safe and leading to dozens of preventable infant deaths. No family should ever experience this tragedy. When this bill becomes law, parents will have the long overdue peace of mind that these dangerous products can no longer find their way into their homes.”

The AAP also applauded representatives Tony Cárdenas and Jan Schakowsky and Senators Tammy Duckworth, Rob Portman and Richard Blumenthal for their bipartisan commitment to protecting infants and “looks forward with great anticipation to this bill being signed into law and thoroughly enforced.” 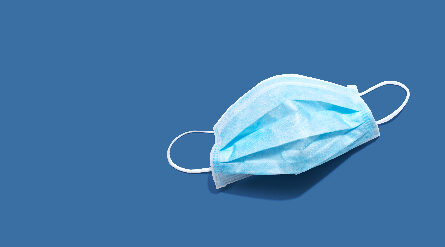 Legacy Classic/Modern casts a wider net in the marketplace