By Clint Engel and Tom Russell

HIGH POINT — The situation in Vietnam went from bad to worse in a matter of two days.

That’s the time it took for the government to mandate a halt in production at upholstery giant Manwah’s Vietnam facility in the Binh Duong province. In 48 hours, “we went from being allowed to work with the workforce staying on premises to NOT being allowed to run production,” and only being allowed to ship finished and packed goods, Gabriele Natale, president of Manwah USA, told retail partners in a July 20 letter.

Manwah was one of the first, if not the first, to get out in front of this unwelcome news and tell retailers what was brewing. It won’t be the last. Stalled production, reduced capacity and the shipping bottlenecks building in the country will further fuel product shortages and risk further delaying already late shipments from the country that recently overtook China as the largest source of U.S. furniture imports.

It’s the result of a full lockdown first issued in Ho Chi Minh City but then extended to a two-week lockdown in the entire southern region early this week, according to reports — the region in which the vast majority of furniture production takes place.

Some sources say they are working on Plan Bs during the latest crisis as Covid-19 cases, once well under control in Vietnam, are spiking rapidly. Manwah, for instance, is trying to secure vaccinations for all 8,500 of its employees and is preparing to temporarily produce its top-selling groups in China, where all the materials for the products are on hand. Many importers have stockpiles of finished goods ready to go as soon as hands and ships are in position to move them.

But the situation in Vietnam is a mess and likely to get messier in the near term, and this is on top of a continuing lockdown in Malaysia that’s also crimping the supply chain. Reports from various sources illustrate just how rapidly conditions are changing. While some operating in Vietnam say their production is not at a full stop yet, others are effectively shut down, whether that’s by government order or simply an internal precaution.

Mohamad Amini, president of Lacquer Craft Mfg., said Timber Inds., one of the largest furniture production facilities in Vietnam, is facing a situation similar to Manwah’s. “The difference is we were not forced to shut down by the government, but decided to close for two weeks ourselves to insure the health of our  employees and management team, before starting to see positive cases amongst the employees,” he said. (Lacquer Craft parent Samson Holdings, acquired a majority stake in Timber in 2019.)

With nearly 5,000 employees there, Amini said, “We will monitor the situation closely to see when it’s safe to re-start again, which is subject to what happens with virus spread and the government’s guidelines.”

At the same time, Amini said the company also is working with its own supply chain to ensure it gets the materials it needs to continue producing and with local governments on “vaccination options for all of our employees.” That’s also similar to what Manwah told HNN Wednesday, though it noted it’s looking both inside and outside of Vietnam to secure vaccines.

“Currently our shipping and product development department will continue to work to make samples, and ship over 600 containers of inventory we have on hand until the factory can resume normal working hours,” Amini said.

Fred Henjes, CEO of Riverside Furniture, said roughly one third of the company’s Vietnam source factories are operating at more than 50% capacity, another third are shut down for two weeks and the remaining third are producing at about 30%.

He estimated production will be pushed back a minimum of two to four weeks due to the temporary shutdowns and decreases in capacity.

“As a result of local government action, three of our factories (or about 30%) have halted production for at least the next 10 days,” he said. The majority of its supply partners, however, are still up and running, albeit at 50% to 60% of normal capacity.

“Most importantly,” he added, “our Binh Duong-based bonded warehouse remains operational.” At that warehouse, Roy said the company has been able to expand its inventory over the last several months to record levels.

“Generally, mixed solid and shared containers of casual dining, occasional, accent cases and chairs, and bedroom are again flowing within 10-14 days of order,” he said. “In the near term then, the impact of the shutdown on our customers is expected to be slight.”

Others were less positive or uncertain of how far the rapidly changing conditions will set the industry back.

“We are still evaluating the situation,” Ashley Furniture Inds. CEO Todd Wanek said in an email to HNN Wednesday. “It is a very fluid situation and we are still producing in several of the factories. It is day to day and we will be providing a bigger update in the next seven days.”

Sources have told Home News Now that the Vietnamese government has mandated that manufacturers that wish to remain open must have their workers stay at the factory to minimize their contact with others in their local communities. This mandate, in effect for the past week, reportedly will remain in place until Aug. 1.

Some factories reportedly have set up tents in finishing areas and other parts of their factories where the workers can sleep.

“This has been going on for about a week,” Riverside’s Henjes said. He described the tents as nothing more than “a glorified mosquito net.”

But sources also tell HNN that since Vietnamese workers are used to returning to their homes at night, many have chosen not to stay at the factories, which means they can’t return to work before Aug. 2.

One source, who asked not to be identified, called the situation “fluid” and noted the policies implemented to reduce travel and social distancing vary by district, depending on the severity of the outbreak in the related area. “Certain areas are completely locked down while others have been allowed the option of continuing manufacturing operations if they created a ‘bubble’ within their respective factories and met certain guidelines for health and safety,” the source said.

Participation is completely voluntary for both manufacturer and employee. “We have elected to do this, and have varying participation levels across our … facilities. The intent with the bubble concept is to provide employees every opportunity to continue to earn during this difficult time,” but the source questioned whether it is financially beneficial for any factory participating like this.

“We are facing the added cost of higher salaries for our staff on site, paying a base salary to the workers who don’t participate and stay home, additional housing and meal cost, while the output is significantly lower than normal.”

As if to illustrate just how fluid the situation is, the same source emailed Sunday that after evaluating its situation over the weekend and realizing many of its own suppliers were suspending operations, “we have chosen to do the same, effective immediately.

“Our foam supplier, one of our hardware suppliers, our carton supplier have all either elected to close on their own or been forced to close.  Our stated closure is one week and we will re-evaluate the situation next weekend.” But the source added this is more likely to last two to three weeks. “Like most factories, we will continue to ship inventory we have in our warehouse as well as continue with samples – with the staff for these departments living inside the factory in dormitories.”

Another challenge is that unlike China, which has dorms where workers live, most Vietnamese factories don’t have such living quarters; Manwah and the source quoted above are a few of the exceptions. And if they do have dorms, there typically aren’t enough to house the entire workforce, and a lot o them don’t want to be there, Henjes said.

Some noted that one positive is that warehouse operations have been allowed to continue, operating with a smaller number of workers than those on the production lines. As goods are shipped, this will free up more space on factory production floors that is now being used to house those goods.

“They will be able to clear out and open up more warehouse space, which they currently don’t have,” Henjes noted.

But the situation is further complicated due to the fact that it also affects area subcontractors that supply the furniture plants, noted Derrick Ng, president of Lifestyle Enterprise.

He noted that most of Lifestyle’s source factories in Vietnam are shut down for the duration, while one other is operating at about 70% capacity. Another two or three are operating with a small staff helping to load containers in order to ship goods.

Ng was reluctant to predict how he sees this playing out down the road. Any long-term impact certainly will depend on whether the government decides to end or continue the mandate after Aug 1. 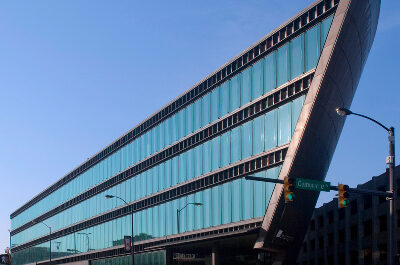 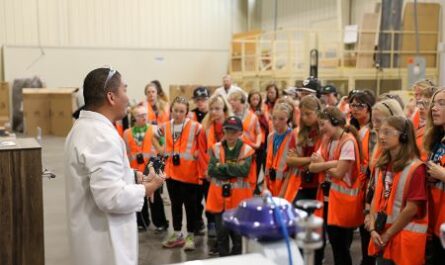 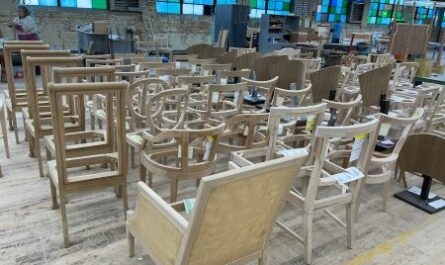