A recent Forbes story suggests small furniture store players don’t have the digital chops to survive. We beg to differ.

HIGH POINT — The headline on Pam Danziger’s Forbes piece makes it sound like it’s all over for independent home furnishings stores, or that it will be over soon enough:

“Independent Home Furnishings Retailers Are Losing. Only the Big and Virtual Will Survive.”

Then Danziger then sets out to show the ways the deck is now stacked against mom and pops. Their share of all furniture sales is tanking, while the big just get bigger. They’ve been late to the digital party and they’re getting eaten alive by the e-commerce giants. And they’re focused on deep discounts and deferred-interest-for-years-on-end instead of what’s most important: a great consumer experience that starts on their websites.

The gist is home furnishings stores, in general, are losing to e-commerce, general merchandisers and home improvement stores, though the biggest are in much better shape thanks to their strong brand identities and sophisticated online strategies.

Two of Danziger’s main sources for the piece are a Cylindo study described as a study of “Furniture Today’s Top 100  retailers’ websites,” (not a completely accurate characterization) and industry scold and marketer Bill Napier. Napier has long derided many retail players for clinging to the brick-and-mortar past while failing to take bold steps in their digital strategies and he’s true to form here.

But here’s the thing: While most would agree a well-defined and executed digital strategy is more important today than ever, many more disagree that the independent is actually on the losing end despite all the consolidation the industry has seen over the years. Indeed, many of the very companies that are building better websites, better e-commerce capabilities and using digital marketing effectively are the very independents Danziger concludes are doomed.

First, a little bit about that Cylindo report called “Top 100 USA Furniture Retailers 2020 E-Commerce Merchandising & Indexing Ranking,” which was conducted this past June. Granted, in the methodology statement Cylindo, which markets 3D furniture visualization technology, doesn’t say these are the same top 100 retailers that make up Furniture Today’s Top 100, but Danziger does and you can see why she may have been confused. Most of the stores on the list were, in fact, on the recent Top 100 — names like Bob’s, Ashley HomeStore, City Furniture — they’re easy for most to recognize. But there are several exceptions, too.

Interior Define was the top performer based on 17 website features Cylindo analyzed, including HD zoom, augmented reality, and 360-degree product views (you know, the kind of stuff Cylindo sells). It’s not a Top 100 company. It’s not even on Furniture Today’s listing of Leading E-tailers. One list it does appear on, though, is the list of Cylindo customers.

There are a few other names that show up with top ratings that aren’t Top 100 companies: Serena & Lily, Blu Dot and Turk Furniture are highest on the Cylindo list.

And then there are comments in the Forbes piece from Napier predicting, “In less than five years, 35% to 50% of small and medium-sized home retailers will be out of business,” and contending “The arrogance of ignorance will eventually destroy a great industry that has been focused on brick-and-mortar retail and an over-reliance on discounts and promotions ―  ‘50% off everything and no payments until you are dead.’”

He tells Danziger, “It has to become a virtual experience and most retailers’ websites stink.”

It’s pretty amusing stuff and there is clearly some truth in it. But only some truth, and that’s the big problem with the story. In recent years, it’s not just the mom and pops calling it quits, shuttering stores and losing ground; it’s the giant players, too. It’s anyone who isn’t keeping up with the times. And when the giants close, the closings are massive. Remember Pier 1 Imports and its hundreds of stores? Bankrupt and liquidated, (though today you can shop the assortment online along with “partner brands” like Linens-n-Things and Radio Shack). I’m sure they’re killing it.

Remember Sears? Once the largest retailer in the United States. It now operates 29 stores (according to Forbes). Art Van is gone. Several specialty bedding store chains have slashed their store counts. JCPenney is a shell of its former self. So yes, the independent furniture stores category is in decline, but how many stores have the small guys actually closed vs. these giants and many more not named here?

An industry friend who long covered retail until fairly recently tells me he’s heard this kind of constant refrain for two decades now — about how “the independent channel was going the way of the horse and buggy. First Walmart was going to do them in, then the home improvement chains would eat their lunch, then vendors going to two-step distribution would destroy them, and then Amazon would obliterate everybody.”

And again, it’s partly true. Some businesses were killed off. The big guys do obliterate some of the little guys, some of the weakest links, just not everybody and not just the smallest players.

So the winners are whoever is left standing and strategizing, and right now that includes a ton of independent furniture stores, including those who have raised their online profile by taking advantage of technology and marketing tools from one or more of the industry’s large buying groups, which have helped them not only, compete, but take share away from the giants, if you believe what they’ve been saying about business since the pandemic.

In a statement to Home News Now, Jim Ristow, CEO of AVB/BrandSource said he strongly questions the premise in the Forbes piece that the independent furniture dealer is no longer competitive. But he’s in complete agreement on one key point: that “independents need a robust e-commerce site and vigorous digital marketing strategy to stay ahead of the pack.”

BrandSource members who embraced both through the group’s marketing technology platform “enjoyed a nearly 30% increase in business last year, outpaced furniture industry growth by 15%, and took significant market share from big-box chains,” he said, and the group’s wholesale shipments and retail sales continue to outperform the industry. (Ristow also noted that some of its members happened to earn high marks on that Cylindo website analysis.)

“I’m not saying that independents aren’t facing tough competition out there. They are. But the customer’s preference for shopping local, combined with a state-of-the-art digital presence, is a powerful equalizer against the Goliaths of home furnishings retail,” Ristow said.

“Done right using the MarTech tools, BrandSource dealers can continue taking share for years to come. And I’ve got more news for Forbes: We are not giving this business back.”

Just last month, the family-owned Mueller Furniture opened its third St. Louis-area store. It doesn’t sell online, but it does have a robust website, and it has mastered SEO. How’s business been these days?

“Tremendous,” said Mark Mueller, general manager, even as the retailer navigates what seems like an endless crisis of product delays in the industry.

Mueller said the Forbes article makes some valid points. The industry has seen major consolidation since the 2008 financial crisis. The biggest players are getting bigger, moving from “statewide, to regional, to national-type outfits, while you see a lot of independents close. And I see than trend continuing,” he said.

But he also recognized the big chains have been damaged, too  In St. Louis, there used to be five Art Van franchise stores and three or four Pier 1 stores. “They’re all gone so it’s not just the small or family businesses that are closing.”

Mueller also doesn’t buy the argument that independents are closing for the reasons you often hear and the ones hinted at by Forbes; he doesn’t think it’s the e-commerce giants stealing so much business.

“I think a lot of it has to do with generation transition,” he said. Mark Mueller is the fourth-generation leader, but a lot of retailers don’t have that next generation eager to take the reins, “or the older generation just wants to run a going-out-of-business sale and have some retirement money. They worked for 30 years, 40 years, and that’s their only option for retiring. I think that’s more the case than ‘the online sellers are killing my business.’”

That said, he doesn’t deny there is some weeding out going on, too. There are a lot of average-run smaller furniture retailers,” he conceded.  “It’s very hard to find excellent retail sales associates, and I think a  lot of operations closing just didn’t have good help or they didn’t train the people they had working for them the way they needed to train them.”

And it’s true that a lot of family-owned brick-and-mortar stores fail to invest what’s needed in their websites to attract traffic and convert consumers either over the phone or email or turn them into in-store shoppers. It’s not easy, but it’s doable with the right partners. Mueller has had a great handle on search engine optimization since the mid-2000s, Mark Mueller said. In 2007, When the retailer operated just one small store, “we were indexing for tens of thousands of pages while a company that had two giant stores and did $35 million in sales only indexed for 10.” (Mueller declined to name this much bigger player, but notice how he used the word “had.”)

“We were able to draw traffic because of the type of website we had,” he said. “We’ve been at it for a while, but there’s an art to converting an email inquiry or a phone call from your website into a purchasing customer. It’s a different skill from the kind you need when the customer walks in the store. You really need to master both.

“But you don’t need 3D visualization. You don’t need virtual reality,” he added. “That stuff’s fun. And I guess if some have figured out how to harness it to a level that it’s effective at actual conversion, more power to them. But I just don’t think it’s completely necessary.”

BrandSource’s Ristow wasn’t the only buying group leader we talked to who poked a hole in the premise of the Danziger piece.

“While the Forbes article brings up issues and statistics we all know, I do take offense to the article’s overwhelming theme about the status of brick and mortar independent furniture retail,” said Andrew Kauffman, CEO of Furniture First buying group, said in an email to HNN.

“Even before the pandemic hit, our members and our group continued to get stronger because we have all embraced the changes needed to survive when compared to the ‘old way” of doing business,” he said. Members have put more focus on the in-store experience, on digital and social media and on “personal touch throughout the entire sales and delivery process,” he said. The group’s membership has grown, but more importantly, Kauffman added, its members are profitable.

“I don’t think all the retail sectors mentioned in the article can say that,” he said. “Our exclusive data-mining program shows that sales for our members are thriving and they are doing a great job managing expectations throughout the shortages we’ve all experienced.”

That’s not to say it’s easy for smaller and independent players. Like Ristow, Kauffman believes independent furniture retailers who go it alone without the resources and help of an association or buying group face a harder struggle. But with the right partners, independents can and do thrive just like the best operators in any other channel. It’s not over.

“I’ve never put too much stock in pundits who predict the demise of a retailer or channel of retail,” Kauffman said. “But I do think of them every time I walk into a busy Best Buy store.” 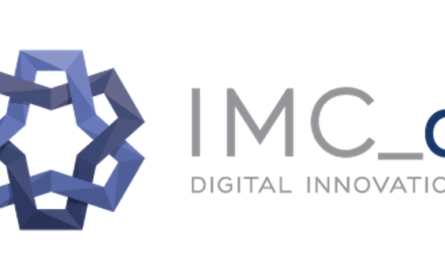 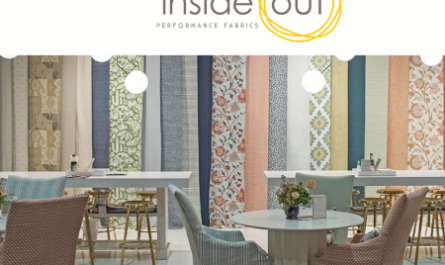 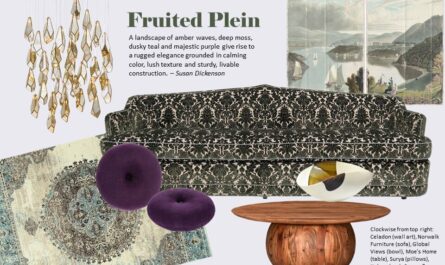 4 thoughts on “Blog: The end of the road for independents?”