WINSTON-SALEM, N.C. – Nationwide Marketing Group and its extensive network of independent retailers and home appliance, consumer electronics, outdoor, furniture, bedding and business services vendors are strapped in and ready for an exciting three days as the second-ever Virtual PrimeTime gets underway. The education, business and networking event runs March 16-18 and is free to attend for all members and guests of Nationwide Marketing Group.

Virtual PrimeTime kicks off as economic momentum is building throughout the country. Home improvement and renovation projects are at an all-time high, and single-family housing starts are expected to pass 1.1 million for the first time in more than a decade. In addition, another round of U.S. government stimulus is starting to appear in people’s bank accounts.

In order for retailers to capitalize on these opportunities, though, they need to be ready to meet their customers where they almost always start their shopping journey — online. And that’s exactly where Nationwide Marketing Group has placed the emphasis for this Virtual PrimeTime, on giving members all the tools and education they need to improve their digital game.

“Nationwide members who embraced digital before or early in the pandemic saw unprecedented growth in 2020,” explains Nationwide President and Chief Member Advocate Tom Hickman. “And members who partnered with Retailer Web Services (RWS) and Site on Time saw, on average, 27% higher sales than retailers on other platforms. That’s simple, transparent data. We’ve invested heavily in digital over the past few years, and it’s inarguable that, for those who are taking advantage, it’s paying off.”

At Virtual PrimeTime, Nationwide dealers have the opportunity to take those wins even further by hearing from a slate of experts in the space. Google will share the latest digital shopping trends they’re following and what they mean for retailers in the months ahead. Site on Time and RWS will lead a session on the accelerated adaptation of all things digital and easy ways to capitalize on this new technology. Nationwide’s PriMetrix suite of tools will be on display, including the revolutionary Assortment Rationalization Tool and Market reports. And that just scratches the surface of the week.

“Retailers must have an e-commerce-enabled website that delivers,” adds Jennifer Danko, vice president of technology for Nationwide Marketing Group’s Site on Time. “E-commerce sales are expected to grow to over $834 billion in 2021. With more shoppers looking to buy large-ticket items for their homes online, ensuring that a dealer’s website can provide a streamlined and pleasant shopping experience is crucial to winning their share of this growing revenue stream.”

In addition to the focus on digital, Virtual PrimeTime will feature more than 100 hours of educational content across dozens of business tracks, including social media, business services, leadership, training and education, marketing, emerging opportunities and more. Other key learning opportunities include:

In order to maximize the impact of the educational content, Nationwide will allow members to access nearly all sessions for up to a month after the show closes.

Virtual PrimeTime will again feature plenty of buying opportunities for attendees. PrimeTime Palooza makes its return in a new app-based format for the virtual show. And nearly 1,400 representatives from across the vendor partner community will be on hand to provide buying support to dealers during expo hours.

Among the improvements to the virtual environment for this Virtual PrimeTime is an added emphasis on networking with fellow attendees, the Nationwide team and vendor partners. That commitment extends to the various networking social events that will take place during Virtual PrimeTime. Nationwide will host a Post-Palooza Party with special celebrity guest Dana Carvey on Tuesday. Wednesday will feature a St. Patrick’s Day Social Hour. And the show closes Thursday with a special session filled with giveaways, prizes and awards, including Nationwide’s $100,000 giveaway, which will be shared by 20 lucky members.

To learn more or view the full agenda, visit www.nationwideprimetime.com. 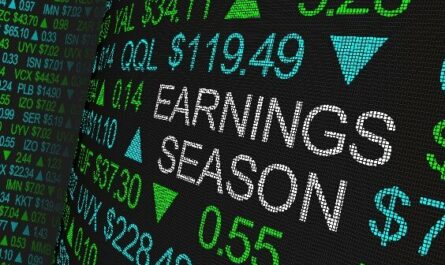