Retailers say suppliers began handing down another round of price increases this month or warning that they’re on the way. It’s a move that, combined with an astronomical rise in freight rates, has left stores scrambling to adjust once again, after a similar action in the fall, even as delays in product shipments continue. And some wonder how long this can go on before consumers pull in their purse strings.

The latest round appears to be across the board with increases ranging from 2% to 11%, depending on the retailer and the supplier in question. In most cases, retailers declined to call out sources by name, given how nearly universal the increases are. And they recognize that suppliers’ hands are tied for the most part — that their cost of doing business is rising, too.

Chris Pfeiffer, co-owner of the high-end Homestead House in Conroe, Texas, said “almost all manufacturers are raising prices,” including one that bumped prices up 11% on top of a 10% increase last fall. Suppliers, he said, are citing rising foam prices, “cardboard up 35” and so on.”

“I don’t think there’s one case goods vendor that hasn’t had a price increase outside one of my groups from Mexico,” said Gentry Prestwood, case goods buyer for Jackson, Miss.-based Miskelly Furniture. “Plus, your containers have (tripled) so you’re really taking it on both ends.”

While Miskelly absorbs what it can, it also adjusted its retail prices some three or four months ago with that earlier wave of increases.

“I’m having to go back and redo that again because the container freight has gone up so much. We just didn’t see it coming,” Prestwood said.

Miskelly’s upholstery buyer Anna Lucovich said the increases (outside of freight) have averaged about 5% this time, and on the upholstery side, sources are handling it in different ways. “Some are implementing a true price increase, and others are handling it as a surcharge at the end of the invoice.”

At Mulberry, Fla.-based Badcock Home Furniture & more, “our biggest challenge right now is international freight,” said Greg Meyer, vice president of merchandising. While he understands container pricing is out of suppliers’ hands, the cost of freight has reached, “almost criminal rates right now, approximately triple” what it was running.

And that doesn’t include potential demurrage and detention fees (the added costs tacked onto a container when it sits at the port too long or doesn’t get unloaded and returned to the port on time).

“And when we’re willing to pay spot rates to get a container, there’s still no guarantee we’re getting the vessel space,” Meyer said.

It’s a domino effect, hurting both retailers desperate for product and suppliers eager to ship. The overseas factories, “They’re all built to finish goods, get them boxed and get them out,” he said. Yet there are suppliers Badcock works with in Asia that are sitting on finished product because they can’t secure slots on the freight ships. Their money is tied up and it’s hurting their cash flow, which could be a reason behind the surcharges some retailers are seeing.

In addition to this, Meyer noted an unfavorable currency exchange rate between the Chinese renminbi and the U.S. dollar that has crimped suppliers’ buying power. There’s been a 10% swing between the 52-week high and low, and half of that swing has come since September.

And finally, there’s been another Covid spike in parts of Asia threatening to stall production again. Badcock has factory partners in Malaysia that are closed down and reportedly not reopening until later this month. This doesn’t seem to be an issue yet in Vietnam, Meyer said, but he’s now hearing reports of a spike in China.

So it has played out like this: in the first quarter of last year, China, Vietnam and Malaysia closed down due to Covid-19, while the U.S. remained open. Then retailers here started closing and either canceling orders or rescheduling them at about the time Asia was coming back online. Then, the industry saw a giant surge in demand and has played catch-up ever since while, at the same time, experiencing significant increases in the cost of labor, materials and shipping.

“In the fourth quarter, we saw price increases pretty much across the board — both domestic and international,” Meyer said. “And what we’re seeing now in terms of additional increases seems to be international (in the motion upholstery category).” He didn’t want to put a percentage on it, noting that Badcock is still negotiating with its resources.

Retailers contacted for this story said the increases to date have not slowed the consumer’s appetite for furniture, but the concern is building.

“We felt it hasn’t impacted business because of stimulus,” Meyers said. “But once stimulus is removed, I don’t see how it can’t affect business.” That said, Meyers added Badcock remains bullish overall, convinced the consumer’s attention on all things home will continue to provide a tailwind.

He also said Badcock has moved up some of its starting price points. That’s partly a result of these pressures but also because the retailer and its store owner partners have been investing in better-looking stores, so Badcock has followed suit in its merchandising strategy, expanding its offering of better goods.

While the majority of the retailer’s motion upholstery currently comes from Asia, Meyer said the Badcock is excited about introducing a domestic motion group from Franklin over the next few weeks. The retailer had been planning to add a domestic source in the category for some time, so the move isn’t directly tied to the container pricing and other issues it’s facing with its international buys, “but it certainly makes it more favorable,” he said.

Sam Zavary, CEO of Houston-based Exclusive Furniture, called the latest price increases and continuing supply and demand disparity a perfect storm. Those  $9,000 and $10,000 container rates, he said, will end up leading to 25% to $33% overall price increases, and retailers who want to stay in business have little choice but to pass them on.

“And it’s not just furniture stores,” he said. “I’m talking about kitchen cabinets and toothbrush holders and water bottles — every single thing.”

But getting back to furniture, Zavary draws a picture of the problem this way. Say he’s been buying a sofa for $500 and the freight adds an extra $100. He’s going to sell that sofa for about $1,200.

And consumers are seeing that kind of inflation everywhere, primarily because of the transportation cost increase that Zavary blames on a void in political leadership over the past 10 weeks and China maneuvering to recover some of the ground it lost in the tariff war.

The positive, Zavary and others say, is consumer demand has remained strong to date despite all the disruption because they’re spending more time at home. And retailers that have adjusted the way they do business in the face of supply shortages have done very well, Exclusive Furniture included. Zavary said Exclusive pivoted early, for instance, to focus almost exclusively on whatever was actually in stock. If the product wasn’t in stock, it comes off the floor, and Zavary said he isn’t taking vendors’ word for it when they say it’s on the way.

But the negatives are adding up now, he added. Wages have remained fairly stagnant while inflation is dinging consumer spending power.

“They’re getting nicked on everything,” he said, from groceries to linens to home furnishings.

“There will be a hangover,” he said.  “If prices stay high like this for the next three, four, six months, we could see some long-term (damage).”

These price increases are affecting retailers in other ways, too, that can be equally taxing. They’re creating an extra workload and adding a scary element of uncertainty to planning the next big promotion.

“Not only are my merchandisers having to go in and make all these price increases, which based on the number of SKUs we have, is a bunch, then we have a tagger who has to go in and print and pull down all the merchandise. So it’s a really big deal when these happen, and they happen more than once,” said Alan Vonder Haar, Miskelly’s director of strategic development and growth. (In one case, Miskelly has seen four increases in about a year’s time.)

Then, look ahead to Memorial Day. Miskelly, as usual, plans to put out a print catalog for the holiday event. That catalog has to be finalized 60 days in advance. “If we get another round of price increases, we might find ourselves going into Memorial Day with retails lower than they should be,” he added.

On Monday, Miskelly got a call from bedding resource Corsicana, letting the retailer know it was raising its prices 7.5%. That’s never welcome news, but what made it worse was the increase was set to take effect the very next day.

Miskelly’s mattress buyer Kaleb Carruth planned to place some relatively large orders with the vendor Monday — despite such short notice — to offset the increases that would follow. That may seem easy enough, “But what that means is receiving, all of a sudden, is going to get multiple trailers of Corsicana, probably more than we would have normally scheduled to come in, which puts an impact on them,” Vonder Haar said.

“Then it has to be absorbed into the warehouse. Inventory dollars go up and space is taken away from other goods that might be coming in.”

“So it’s very impactful on the retail side, not just the increase, but all the other parts of the organization it touches.” 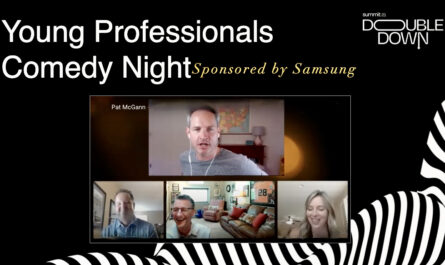 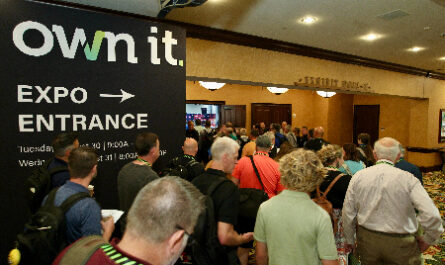 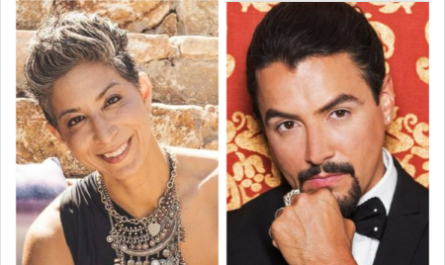