And some aren’t likely to return in October, even if Market goes on

HIGH POINT — Major retailers here for Premarket — some for the first time — say they’re finding what they need, save for one thing:

With rumors swirling about a possible October Market cancellation, Premarket this week set records, with more than 350 showrooms opening for the event and close to 200 retailers attending (though it was hard to tell from the early traffic on the streets and in market buildings). For some, such as American Furniture Warehouse and CEO Jake Jabs, it was their first time at the event. Others are regulars but brought larger-than-usual buying contingents, and they’re the ones trying to knock out all their shopping now to avoid a return trip a month from now.

“From what we’ve seen, the product has been really good,” said Jeff Child, CEO of Salt Lake City-based RC Willey. “Of course, they’ve had a year to get it right.

“The problem,” he added, “is there’s a distribution issue and a supply chain problem.” What Child was finding here — specifically on the case goods side (he hadn’t shopped much upholstery yet) — was a fair amount of product originally made for the cancelled April 2020 market that’s already received commitments and is in production. “And that stuff will be here in 60 to 90 days,” he said.

“But for anything else (new), we’re talking April, May, June, July of next year before we see some of the new product they’re showing right now.”

Usually at a market, new goods are the only thing the retailer is interested in, Child said. That’s not been the case here. With sales surging and retail inventories at all-time lows, R.C. Willey’s focus has been largely on inline goods. As Child put it, inline product has just one problem attached to it: that’s getting it from the factory to the retail warehouse and hoping the cuttings aren’t all sold out. New product, on the other hand, has two problems: that first one, but even before that, there’s the problem of getting it into the production cycle.

“These factories are so backed up that they’re way out,” Child said. “There’s no easy answer. There are problems all along, but you eliminate half your problems when you’re looking at inline.”

Despite the change in emphasis, RC Willey’s buyers are on a dual mission, looking for more inline that the retailer can get its hands on as soon as possible, but also shopping for what’s new and making some commitments, too.

Five of seven RC Willey buyers made the trip here. The two who didn’t come looked at the list of exhibitors and didn’t see enough of their vendors to make it work, so they’re planning an October visit. But for the majority, Premarket is the market. They won’t be back in October.

“There are still a lot of people really nervous about COVID, “ Child said, adding that a couple of his buyers actually actually started here Wednesday of last week, days before the official opening, because they wanted to get in and out even before the Premarket crowd showed up.

“That may be an issue in October,” he said, especially for the suppliers who decided not to open up now. “A majority of my guys won’t be here. I haven’t decided if I’m coming or not, and I’ve talked to a few other (retailers) who have said the same.”

Jake Jabs and the buyers from Englewood, Colo.-based American Furniture Warehouse had never come to a Premarket before now because the company doesn’t have to fight for new placements like a lot of its counterparts operating in more hotly contested markets, Jabs said.  But he heard the rumors about October, and decided to rent a jet — for efficiency and safety reasons — and make the trip.

“We’re doing pretty good here,” Jabs said, sitting in the Prime Resources International showroom in 220 Elm and paging through a handwritten list of vendor stops. Jabs, who buys upholstery, normally shops about 30 core suppliers at market and will see about half of them here. He uses a star system in his book. Those items with the most stars (three) are a definite buy. Jackson Furniture was coming up a winner for him with four items getting three stars.

But for the most part, it’s been imports “that are saving our butt,” during the current supply chain upheaval, he said, even as others note imports as a big part of the problem. Domestic sources are struggling to keep up with demand for a number of reasons. They’ve lost time during the pandemic, he said. They’ve lost people who have been slow to return to work. They’re waiting on imported components. And they’re facing a foam shortage because of the surge in demand.

Importers meanwhile have kept goods flowing to AFW’s floors and racks, though not at the rate Jabs is used to. The company normally keeps about $60 million worth of goods in stock. Today, it’s down to about $37 million and it had fallen below that until recently.

Jabs showed a photo of the warehouse at his Thornton, Colo., store. It’s typically overflowing with inventory, but in this shot, the racks are empty.

“I’ve been a big importer from the day I started 45 years ago,” he said, adding without that background, the situation would be much worse.

“We’ve got 1,500 containers on the water as we speak. And we’ve been unloading 250-300 containers a day for quite a while. The importers are shipping.”

Like RC Willey, AFW was short a few buyers here for Premarket because there wasn’t enough for them to see, so they’ll be coming in October if all goes well. Asked if Jabs will be coming back too, he said. “Probably,” in part, because he’s not getting the type of shipping responses he was lobbying for here, and he’ll have the same needs a month from now.

“Our business is booming and we’re looking for deals and looking for someone who can ship,” he said.

Bill Pou, CEO of Mulberry, Fla.-based Badcock Home Furniture & more, was here with about seven buyers, and “we’re really thinking Premarket is going to be our market,” he told Home News Now.

“We just don’t know what October is going to bring. The international  (participation) is going to be closed off.”

Pou typically does not come to Premarket either, and when the buyers come, it’s usually about three people.  But it’s been October a year ago since they’ve been to High Point, and “we needed to do something,”

When Pou talked to HNN, he had only been to a few spaces, and “yes, we are finding what we need,” he said. It helps that Badcock isn’t just planning for the next six months. Its buyers are here to check off things the retailer will pick up a year or two from now. But it’s not ignoring the current supply shortage, either.

And no one has a good answer for that, at least not for the short term.

“They can’ help it, “ he said. “I see Walmart as the No. 1 logistical company in the world. Have you been in a Walmart lately? Some of their shelves are cleared.

While he acknowledged the industry-wide supply chain problems, he also said the retailer is in a bit of a unique position. Loves was preparing for business just as COVID-19 began shutting things down. So while other retailers were cancelling orders, Loves was placing them. It’s not as far behind on inventory.

“We’ll manage through it like everybody else, and try to do our best and leverage our relationships to the best of our ability,” Damiani said.

“Premarket has been very productive, and we’re waiting, like everybody else, to see what happens with Market in October.” Assuming it does come off, “we’ll likely have at least a small team there.” 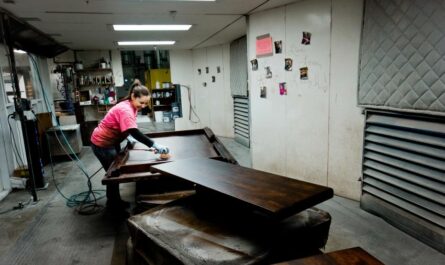 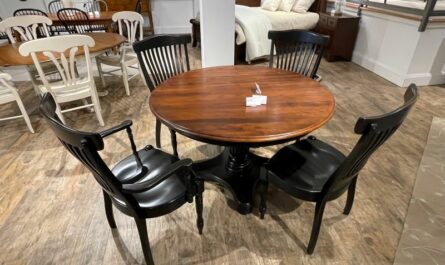 Movers, Shakers and the return of Nichols & Stone