WASHINGTON, D.C. — The United States Consumer Product Safety Commission has asked the Court of Appeals for the Fifth Circuit to deny a request to delay the May 24, 2023 implementation of a mandatory furniture stability standard.

The CPSC filed the document Dec. 22 in response to a request by the American Home Furnishings Alliance, the Mississippi Economic Council and the Mississippi Manufacturers Association seeking a delay of the rule pending the review in the Fifth Circuit.

The CPSC asked the court to throw out the request for a stay of the standard pending its review, saying the rule is necessary to prevent child injuries and deaths resulting from tip-over incidents. And while it does not object to an expedited court review, it said the “petitioners interest in avoiding any compliance costs in the interim does not outweigh the significant harm a stay would cause to the government and the public interest.”

In their motion filed Dec. 12, the petitioners were concerned about alleged CPSC regulatory overreach, stating that the standard will effectively “outlaw the manufacturing of nearly every model of clothing storage furniture as of May 2023.”

It said that to comply with the law, businesses must redesign tens of millions of furniture pieces within months to “satisfy CPSC’s novel criteria for preventing tip-overs…CPSC’s furniture design criteria are so onerous that countless manufacturers will go out of business, and countless consumers already grappling with inflation may be unable to afford new furniture.”

The AHFA believes that stability testing should assure consumers that units are compliant versus using a hangtag to communicate that a unit is more or less stable.

In its Dec. 22 filing, the CPSC gets to the heart of the issue quickly, stating that there have been nearly 200 known fatalities and more than 60,000 known emergency department-treated injuries due to tip-over incidents involving clothing storage units.

The motion says that its safety standard is reasonably necessary to address an unreasonable risk of injury and that “here, the harm caused by clothing storage unit tip-overs is indisputably grave — fatalities and severe injuries to children — and it occurs with alarming frequency.”

“In light of these tragedies, and based on a thorough review of the record, the Commission established performance standards designed to ensure units remain stable during likely interactions with children; defined the scope of the standard to include products with similar hazard characteristics; required stability information to be provided to consumers at the point of sale; and established an effective date that would provide manufacturers time to comply, while not delaying the rule’s benefits. None of the petitioners’ arguments demonstrates the standard is not reasonably necessary to prevent an unreasonable risk of injury.”

The petitioner’s motion said that the CPSC standard is invalid because it defies several provisions of the Consumer Product Safety Act, including barring the CPSC from overriding effective voluntary standards.

But the CPSC believes that current voluntary standards are not effective in preventing tip-over incidents and states that it has acted within its authority under the CPSA and the Administrative Procedure Act.

“Congress tasked the Commission with promulgating mandatory safety standards to address unreasonable risks of injuries and it has done so here in a addressing a grave and recognized risk to children,” the CPSC stated, adding “The petitioner’s cursory constitutional argument is meritless.”

“In all events, the equities weigh decisively against staying a standard that will prevent injuries and death to allow manufacturers to delay making their products safer,” the CPSC said in its motion, which explained the rule and its main requirements, including the use of warning labels, the aforementioned hangtag — and stability testing that determines if the unit will remain upright under circumstances designed to replicate the forces applied by a child interacting with the unit in three ways: climbing on the unit, pulling on the unit and hanging on the door of a unit.

In coming up with its standard, the CPSC said that it determined that the benefits in preventing child injuries and deaths associated with tip overs far outweighed the costs for manufacturers and consumers, estimating that it will address nearly 84% of the fatal and non-fatal tip-overs involving children. It said this percentage would be even higher relating to incidents involving children ages three and younger.

Some furniture industry experts disagree, saying that the extra weight applied to the unit to endure the complex and rigorous testing in the CPSC rule would potentially result in more tip-over deaths and injuries to children.

Other points the CPSC has made in its motion include the following:

+ The petitioners asked for a stay pending judicial review. However, it said they failed to first seek a stay before the CPSC, and their motion “may be denied on that ground alone…In all events, petitioners are not entitled to a stay from this court.”

+ Contrary to “petitioners assertion, the motion states, the standard’s performance requirements are directly aimed at testing units under real world conditions. The stability testing simulates commonly involved factors present in tip-overs, including multiple drawers open and filled drawers, carpeting and children climbing on the unit. These factors often occur simultaneously. By testing under these conditions simultaneously, the standard allows units to be assessed in their least stable likely configuration during real world use.”

+  The Commission said it “appropriately defined the scope of covered products as freestanding furniture item[s], with drawer[s] and/or door(s), that may be reasonably expected to be used for storing clothing, with minimum height, weight, and storage capacities.” The Commission explained that it adopted this definition to “target units that present the same tip-over hazard based on their characteristics rather than rely on product names or their marketed use alone, given wide variability in how products are labeled and marketed. The Commission acted well within its authority in doing so.” The Commission also noted that the petitioners “therefore err in asserting the Commission should have limited its standard to bedroom furniture. As the agency explained, consumers use clothing storage units in rooms other than bedrooms and furniture marketed for non-bedroom use may nonetheless be used in bedrooms to store clothing.”

+ The Commission said that it considered voluntary standards in developing the rule. However, it said “based on the evidence in the record…ASTM’s 2019 standard is not adequate to address tip-over hazards because it does not reflect real-world use conditions that decrease the stability of units, such as multiple open and filled drawers, carpeted flooring and dynamic forces generated by children’s’ interactions with the unit such as climbing or pulling on a drawer.” And while it said petitioners appear to recognize current inadequacies with the current voluntary standard by their support for strengthening the standard, it said that the petitioners are incorrect by stating the Commission erred by failing to wait for a potential update  to ASTM’s voluntary standard. It said the Commission is required to consider “only voluntary standards that have been adopted and implemented. As petitioners recognize, ASTM’s revised standard has still not be published or implemented.”

In its motion, the CPSC said that the rule’s benefits bear a “reasonable relationship to its costs,” and that the rule is not “arbitrary or capricious.” It added that it only promulgated the standard after carefully reviewing public comment and that it appropriately chose an effective date of 180 days following the rule’s publication in the Federal Register, noting that it was “not in the public interest to further delay this critical safety standard.”

AHFA had no comment on the CPSC filing. However, it is expected to file a response on Dec. 29.

As part of its judicial review, the court also continues to consider the information provided by the petitioners and the CPSC. 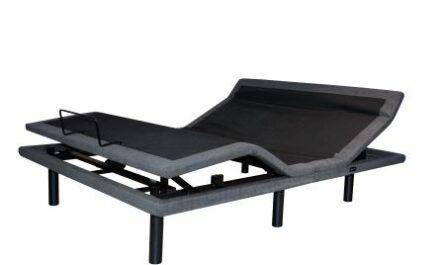 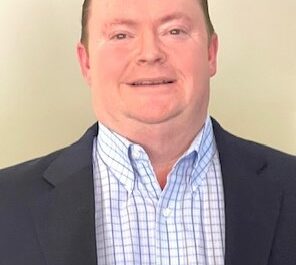