ENCINO, Calif. — A human rights organization dedicated to ending genocide and other atrocities around the world, has amassed data aimed at helping end the exploitation and forced labor of the Uyghur population in the Xinjiang region of China.

Over the past year and a half, the group has created a listing of global corporations the group says have been using materials in their products that are produced by Uyghur forced labor. It has published this list to increase awareness by making the general public aware of certain companies that are believed to be contributing to the problem.

To date, there are 800 companies cited, many of which are well recognized consumer brands for both services and durable goods. In alphabetical order, JWW identifies the company name, headquarters, type of industry and its presence in the region, including partnerships with suppliers believed to have ties to forced labor.

Listed are well known corporations such as Goodyear, Tesla and Volkswagen as well as Adidas, Nike, Coca Cola, Dell, General Electric and Kraft to name several.  Several names in the furniture industry turned up as well, including Markor, Rowe (a division of Markor) Ethan Allen, Ikea, Wal-Mart and Target.

In a statement issued to Home News Now, Markor said it “categorically denies that any of its furniture production uses materials produced by forced labor.”

Ethan did not immediately respond to a request for comment for this story.

In addition to its database, JWW also has been actively involved in supporting the passage of the Uyghur Forced Labor Prevention Act (UFLPA) this past December. The law, which went into effect June 21, aims to combat the unethical treatment of ethnic minorities in the Xinjiang Uyghur Autonomous Region of China, by making it illegal to import goods known to have materials or components produced by these individuals under forced labor situations.

But over the past year and a half, the group also has been working behind the scenes on its database, creating a list of companies tied to Uyghur forced labor based on company supplier lists, government documents and independent research including investigative journalism that has put a spotlight on the issue.

“We are taking information that exists in discordant areas and putting them in one place where people can search,” said Serena Oberstein, executive director of JWW. “If you go into our database, it shows not only where in the supply chain people are using Uyghur forced labor but what the source is. So whether it is the company supplier list, or whether it is import records supplied by the U.S. government, you can see exactly how complicit a company is in their use of Uyghur forced labor.”

The list initially had about 600 companies but has grown to about 800 based on information the group has received from other outside sources that have provide additional data based on their own research.

This is one of the latest efforts that JWW is undertaking to raise awareness about the issue of genocide, a subject that has historical implications for the Jewish community.

“When we first heard the stories, as a Jewish organization, about families being separated, being taken in the night, having their heads shaved and being put on trains and systematically disappearing, that was something that was so eerily familiar to our community that we knew we had to step forward,” Oberstein said. “We had to figure out what the place for our Jewish community’s voice on this issue.”

JWW was founded in 1994 in response to ongoing genocide in Darfur, Sudan. It also has raised awareness of other issues including the mining of conflict minerals that have supported armed militias in the war-torn region of the Democratic Republic of the Congo.

In addition it has provided support to the Rohingya refugees who have suffered violence at the hands of the Myanmar government.

Its support of the Uyghur people is one of its latest initiatives to fight global genocide. According to its website, more than 2 million Uyghurs have been separated from their families and placed in forced re-education camps since 2017. Xinjiang, home to the Uyghur population, produces 85% of the world’s cotton, according to its website. In addition, 45% of the world’s supply of polysilicon used in solar panels is made by Uyghur forced labor, the group says.

With its list of companies with ties to the region, the group is seeing to raise awareness among businesses and consumers alike about the potentially unethical nature of the supply chain and the products they are purchasing. The group also wants to be a resource for the Department of Homeland Security and U.S. Customs and Border Protection as they enforce the UFLPA that went into effect June 21.

“I think absolutely it is to get companies to think about the people who are helping them make a profit and to think about the kind of business they want to be running,” Oberstein added. “But they should also know that more and more consumers do care about where their products are coming from…Our hope is that businesses, the government and consumers use this database and trace where products are coming from to start making more educated decisions. We know that it is possible to not use products made with Uyghur forced labor.”

Ultimately Oberstein said she would like to see the number of companies in the JWW database shrink as that would show they are shifting their sourcing to other areas of the world, including the U.S.

“We want people to do the right thing,” she said. “We do hope that corporations ask themselves questions about the kind of business they want to be, if they want their products to be coming here at the cost of the genocide of an entire people.”

And while she said the database is not the only one of its kind — as other organizations around the world also track companies sourcing materials or finished goods produced in the region — she believes it is the most comprehensive and one that retailers and consumers should follow to make ethical buying decisions.

“The purpose of this website isn’t to damn people — it is to hold people accountable,” she said. “Companies and suppliers should look at this and say, “Am I using this in my supply chain?” and definitely ask more questions and have conversations. And consumers can ask themselves how they want to use their purchasing power.” 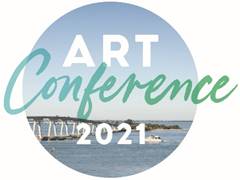 Registration is open For ART Conference 2021 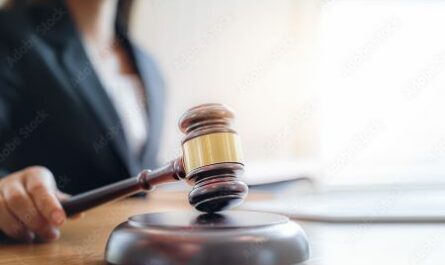 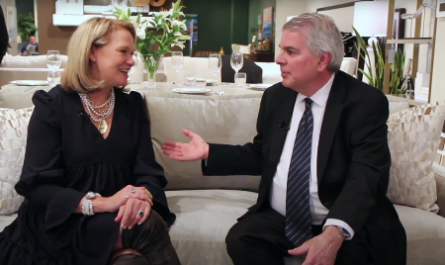