You are who and what you are called

My best friend growing up liked to call me Word Man. When I said something he believed to be memorable, pithy or poignant, he would say, “That’s one for the book.” He would reach inside an invisible inside pocket for an invisible notebook and pen with which to jot down what I had said. I spent no trivial amount of time striving to get into that invisible book, and it likely motivated me to pursue a life of words and language, books and writing. So much writing. In naming me Word Man, he became a prophet.

A more famous example of this very sort of prophetic conferral of dignity and purpose, of calling into missional existence simply by naming, is Jesus’s statement to Simon that upon him he would build his church. The knucklehead Simon became the apostle Peter, or Petros, which is Greek for the Rock. Peter became Jesus’s Rock long before either Sylvester Stallone or Dwayne Johnson, though each of those action movie heroes similarly grew into their nicknames over time.

Of course, this prophetic naming works in reverse, too, and most of us have a rueful memory of being called something that stung, the venom all the more potent when in that name there was a kernel of truth. Sadly, for many of us, this memory features Mom or Dad.

One of the more intriguing wrinkles of the fractal folding, normalcy-warping legacy of pandemic is a re-thinking of job titles and roles “inspired” by the necessity of remote, work-at-home and hybrid occupational settings. Millions still are working completely from home. I read through a recent study from the Pew Research Center that found that about 60 percent of U.S. workers who say their jobs can be done from home are working from home all or most of the time, and quite a majority of this 60 percent said they had begun working from home even before Covid arrived in March 2020.

Not surprisingly, this fundamental shift in workers’ relationships to their workplaces has also forced shifts and realignments of job duties, roles and responsibilities. I say “not surprisingly” because as recently as the mid-1980s, or when I was an undergraduate trying to figure out what to do with my life, suddenly all of the Fortune 500 had “chief information officers.” The rise of the CIO both reflected and predicted the growing centrality of technology in the workplace.

More recently, cybersecurity and privacy concerns have inspired a bevy of new positions, including chief privacy officers at most of the tech firms. Pandemic also accelerated activity and interest in e-commerce, artificial intelligence and automation, so titles are evolving to reflect these growth areas.

I recently read that the online real estate company, Zillow, has a director of flexible work initiatives, someone responsible for asking, “How do we change the way work shows up in our lives?” Great question. This role also involves planning retreats, advising managers how to plan and execute efficient Zoom meetings, and advising on office re-do’s.

Zillow, which is my Internet shame kiln (I can tell you average home sale values in towns and cities you’ve never even heard of, and in those you have, as well), went remote in the midst of pandemic. But, unlike most companies that simply let the work-at-home migration take place, Zillow empowered someone to think about what that new relationship of worker-to-workplace could or should look like, and to begin developing a vision for that new relationship.

Clearly, the time is ripe to reconsider, re-imagine and re-define the talent pools needed in the executive suite and in middle management. Thanks, Covid!

Some of new titles I’m seeing out there include “chief evangelist,” one with perhaps a bit too much cultural baggage; “chief heart officer,” a mantle that recognizes the host of mental health and work-life balance questions flooding into workplaces; and “director of remote” or “director of dynamic work,” positions charged with figuring out the balance of remote and in-person work and resourcing employees to be able to do both. One software company, Altassian, has a “head of team anywhere.” Presumably, that manager works from somewhere, because wherever you go, there you are.

Many of these titles speak to the need workers express everywhere of feeling connected to each other and to the overall mission. They also seek and, in many cases, demand flexibility. I see this in the classroom, as well. In only about two years, the needle has moved from politely asking for some flexibility to the expectation of and even insistence on high levels of flexibility. What once was a polite request made on a case-by-case basis has become normative: “I can’t be in class on Friday. Could you send me the Zoom link?” What Zoom link?

If “connection” is one pandemic-birthed buzzword, “experience” is another. Millennials desire above all “an experience.” Sadly, overuse of this word has evacuated most of its meaning. Buying a baseball cap from Fanatics is in the language of marketers an “experience” in which the hat becomes “gear.” No, it’s just a cap, and it’s just another mundane transaction. If I really want an “experience” with “gear,” I’ll join the National Guard.

One of the viral memes current as I write this features a United Airlines pilot who addresses passengers individually, entreating them to join his team, because “we’re all in this together.” His often-repeated speech closes with the line, “I want this to be the best flight experience that you’ve ever had.” Sometimes sitting in a metal tube for three hours next to someone who feels the need to apply coconut butter to her hands and arms every 15 minutes isn’t an experience so much as it is cosmic karma for flipping off the guy in the Dodge Charger at the entrance of the car rental center. (In my defense, the Charger did nearly clip my rented Kia.)

But, clearly Millennials and Gen Z’ers think they want and value something they are calling an experience. This has implications, including the need for companies to place that otherwise mundane transaction into a much broader context of interactions, which circles us back to relationships and connections.

I love the fact that most of the jobs at Disney’s many parks include the title “cast member,” implying as it does the contribution of that job to the mission of providing visitors with an experience, a show . . . magic!

AOL has a “digital prophet” charged with trend-watching. The receptionist at the publishing company Houghton Mifflin Harcourt is “director of first impressions.” Trainees at a digital branding company in Chattanooga are paired with an engineer and called “understudies” while they learn how they will ultimately fit in on the larger team.

These titles meaningfully link their holders to the broader mission. How do the titles in your company succeed or fail to do this? Is it time for a re-imagination? Consider it, because to name someone is to prophesy, to call into existence, and to acknowledge and confer importance.

Take it from the Word Man. 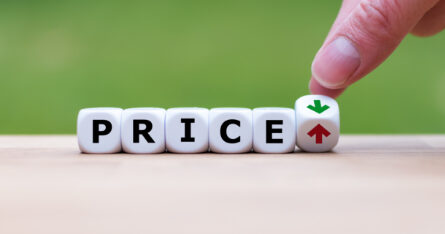 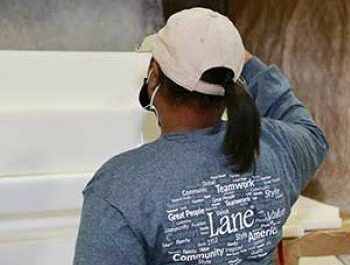 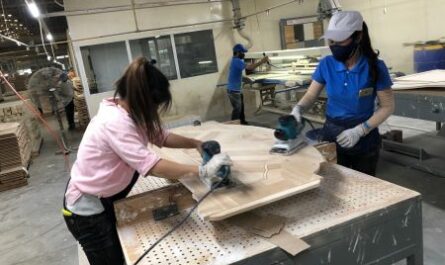 One thought on “Roles and titles as prophecy”