HIGH POINT — Faced with a slowdown in foot traffic combined with an onslaught in inventory, furniture retailers are being more aggressive with their pricing and promotions to get consumers back into their stores and buying product.

Thus, consumers can expect some heavy advertising and sales heading not just into the upcoming Memorial Day holiday weekend, but also looking ahead to July 4 and Labor Day.

“I don’t think there is any question about it,” said Irv Blumkin, chairman of Omaha, Neb.-based Nebraska Furniture Mart, told Home News Now of the need to move excess inventory. “Peoples’ warehouses are full and merchandise is backing up. I think that’s probably more fact than fiction.”

Blumkin noted that any slowdown is, in fact, coming off of huge sales increases during the pandemic. Written business, he said, is “not what it was a year ago.”

“It is definitely slowing down,” he added of the impact that inflation and other economic challenges are having on the business.

He did not reveal any specific plans that Nebraska has for its holiday weekend promotions, other than to note, “I would say the Furniture Mart, when things get a little tougher and slow down, will always be the most aggressive… We are just trying to make sure we take care of the customer and stay focused.”

Indeed, sales at furniture and home furnishings store have begun to slow. For example, the latest report from the Department of Commerce, said furniture store sales barely rose 1% in April from the same period last year. They rose 3.6% in March compared to March 2021, but as with February sales, it was one of the smallest increases among the sectors tracked by the U.S. government.

This is all just happening as retailers have faced a hefty increase in inventory levels as goods ordered eight months ago or more keep arriving on their doorsteps.

Other retailers interviewed by Home News Now also said they too are seeing some slowdown in foot traffic and written business. That, combined with the high inventory levels has them focused on ways to attract customers and flow goods in order to make room for new merchandise.

“We are starting to get emails from vendors for marked-down merchandise we haven’t been aggressive buyers on because obviously we have a full warehouse ourselves,” said Gentry Prestwood, director, merchandising for case goods at Jackson, Miss.-based Miskelly Furniture, noting a potential port strike in Los Angeles could throw another kink into the supply chain.

The company’s marketing team has been focused on the types of items it will be promoting not just for Memorial Day, but also July 4 and Labor Day.

“We will identify some things we are over-inventoried on and push those very aggressively,” he said, noting that some of these items have been affected by recent price increases. Some of those prices to the consumer will likely come down to reduce the inventory levels. “As the year goes on, we are going to have to get more aggressive with price points.”

One example of this shift is a bedroom that Miskelly originally had priced at $699 retail. The retailer lowered the price to $499 during a sale in April and it did very well, Prestwood noted, adding that the company still made money on the bed despite the decrease.

“We still made a good enough mark on it in the whole scope of things where it was not something we had to give away,” he said. “We are all hoping it doesn’t come to that.”

Still bedroom is an area the company will continue to promote in order to move certain groups.

The more aggressive pricing also results from a drop in business that has had some retailers turning away goods from orders placed many months ago, meaning that vendors are having to divert some of those shipments to other retailers.

“We are definitely seeing that slowing as people are getting more strategic in making their purchases,” Oscar Miskelly, CEO, told Home News Now. He notes the company has seen about a 5% decrease in sales year-to-date through mid-May compared to the same period in 2021, which was a record sales year. Sales over the last two years, he noted, have been up 50%, which accounts for higher ticket sales and a lower number of SKUs sold due to rising prices.

Still, he agreed that backlogs and high inventory levels created over the past several months have created challenges in inventory management.

“It went from not being able to get product to now having product that is not selling because of the price point,” he said adding, “We are going back to being as promotional as we were before the pandemic. We are seeing the need to be much more promotional, which we are doing in our Memorial Day, our July 4 and our Labor Day sales coming up…People are looking for specific items that have real value right now.”

The promotions also are coming ahead of what some retailers are predicting will be a slower than normal summer selling season.

“We, like everyone else, have had to push off or cancel some orders,” Jason Fletcher, CEO of Greensboro, N.C.-based American Furniture Warehouse said of high inventory levels heading into Memorial Day and beyond. “I think we are going to have a good Memorial Day, but that may be our next best shot for a while. We better generate some business over the next couple of weeks because it’s going to be a long dry summer.”

The store also is having to move certain categories such as domestic stationary upholstery, which has been arriving from suppliers much more consistently of late.

“It is like you flipped on a switch and all of a sudden they had plenty of stock and can ship you really quickly,” Fletcher noted. “So what I am doing and I am sure what a lot of other folks are doing is going through our floors with stationary and saying ‘OK, all the stuff we are sitting on and brought in because we had to have something and we could get it — let’s be discerning and let’s burn out some of these items that we knew were a one-time deal and that we are not going to get back again.’”

“We will do some markdowns on some dead-weighted stock that we know we are not going to order again,” he added of the push to move merchandise with sharper price points.

He added that doing so, also will create the opportunity to add some freshness  to the floor with new fabrics, for example.

“I am excited about being able to get something on my floor and in front of customers other than brown or gray, which was all you could get,” he noted of prior challenges with supply chain. “It is going to be fun to be creative again.”

Not all retailers are facing major inventory woes.  For example, Hickory, N.C. -based Good’s Home Furnishings moves product through its warehouse that already has been sold, meaning the facility acts more like a staging area to ship goods to customers as quickly as possible.

“We don’t inventory anything, so every bit of our space is intended for product that has been sold — or that is coming to the floor at some point,” said Kevin Bowman, company president and CEO and co-owner. “That is how we use our space, for inbound and outbound. There are some things we stock such as accessories, but really, we just have to have the space to bring the product in, prep it  and get it out.”

However, some goods have been waiting a little longer to ship than normal as the facility is housing product that is waiting for a companion piece to arrive. Thus, goods that used to ship in a matter of days may be held up several weeks or more for another piece to arrive before it ships to the customer.

Fortunately, Bowman noted, the company doubled the size of its warehouse space at the end of 2020, meaning it has some 30% additional capacity available, which he said puts the retailer in a good spot.

“We have our feelers out if inventory arises abruptly — which it might in the coming months — and faster than we can get it out,” he said. “But we have warehouse space on standby, which allow us to flex if we have to.

How things shape up for many retailers for the balance of the year will depend on foot traffic in the coming weeks and months.

Steve Rotman, CEO of Worcester, Mass.-based Rotman’s Furniture, said that he has seen some slowdown in sales, but more so a drop in traffic as consumers spend more money on other areas from vacations to entertainment.

“The closing rate is up,” he said. “I don’t find the closing rate to be a problem once people are shopping,” he said, adding that inflation is another area of concern for most consumers.

“The anticipation of inflation increasing is beginning to worry an awful lot of people,” he said. “They don’t think about inflation historically, but now they are seeing it everywhere. So really it is an issue in a buying sense.”

Keith Koenig, chairman of Tamarac, Fla.-based City Furniture, agreed that challenges retailers are facing are partly due to consumers shifting their spending more back to services, which is taking their focus away from things like furniture.

Koenig, however, said that balancing out inventory with appropriate pricing is really nothing new.

“If you are short on inventory you are going to be less aggressive on your promotions, and if you are deeper in inventory and overstocked in any area, you will tend to promote that category and mark it down more,” he said. “It is basically the tools of retail to manage supply chain and your inventory and your cash.”

However, he still believes that many “best in class” retailers are improving their promotional focus to compete for the consumer dollars being spent in other areas. He noted that City Furniture, for example, is bringing back more special events targeted at its VIP customers who have shopped the store regularly in the past.

“We are increasing our promotional focus and are being very thoughtful about how we are handling the inflationary environment,” Koenig said. “And we are taking some shorter markups on some products where we need to meet what we think is a more appropriate value perspective to the customer because we had kind of gotten 25 years of inflation that all kicked in over the period of a year. So it is a very unique time.”

“So I think we are all in the same boat where we are going to try more promotions and we are going to try to target customers to come back into our showrooms because the core thing there is traffic. Traffic across the country is off pretty substantially in furniture stores.”

And while it will take some time, he believes inventory levels eventually will ease.

“We are pretty heavy across the board because when business slows down, it is like everything is overstocked,” he said. “But it is not bad. We will just work our way through it. We will slow down our orders right now and you get balanced in 30, 60, 90, 120 days.” 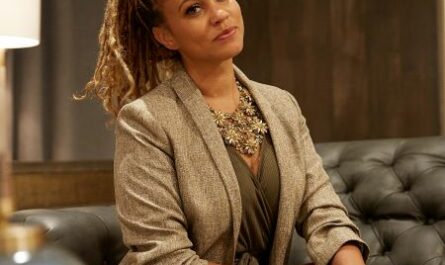