WINSTON-SALEM, N.C. – With just two months until PrimeTime returns for its first face-to-face session since early 2020, Nationwide Marketing Group announced today that GRAMMY Award-winning country group Little Big Town will perform as part of the event’s festivities. The semi-annual PrimeTime – which is the industry’s largest buying, education and networking opportunity for independent retailers in North America – will be held Aug. 15-18 at the Gaylord Opryland Resort & Convention Center.

“PrimeTime is always a celebration of our members, but we wanted this first in-person PrimeTime since the pandemic to be extra special,” says Tom Hickman, Nationwide’s president and chief member advocate. “Fortunately, we were able to leverage an existing relationship that Chris Kirk, our vice president of business and financial services, has with Little Big Town to bring the band to the Grand Ole Opry. We are all incredibly excited to see and spend time with our members, and this concert will kick off what will undoubtably be an unforgettable week.”

The August event will feature everything that makes PrimeTime special, including two days of buying on the tradeshow floor; PrimeTime Palooza, a fast-paced, high-energy, 90-minute event featuring limited-quantity deals; world-class educational programming through the Nationwide Learning Academy; networking with independent channel peers and vendor partners; and, of course, millions of dollars in Cash Back reimbursed right at the show.

In addition to the expected excitement of an in-person PrimeTime following two highly successful virtual events, this event will also mark the start of Nationwide’s 50th anniversary celebration. Centered around the theme “50 Years United,” the anniversary celebration will focus on the thousands of independent retailers who have called Nationwide Marketing Group home over the last five decades.

It’s this half-century legacy that made Little Big Town eager to perform for Nationwide’s independent retailers.

“All four of us grew up in small towns and remember shopping at local stores where people knew not just your face but your name,” says Little Big Town’s Jimi Westbrook. “So, when Chris, who I’ve known for years, asked if we’d be interested in performing for the small business owners who have selflessly kept our country moving over the past year, we immediately said yes.”

As always, PrimeTime attendance is free for all members and guests. Nationwide Marketing Group has secured discounted hotel rates at the Gaylord Opryland for PrimeTime attendees, and reservations may be cancelled up to two weeks before the event without penalty.

Registration for PrimeTime is now open. For more information or to secure your spot, visit www.NationwidePrimeTime.com. 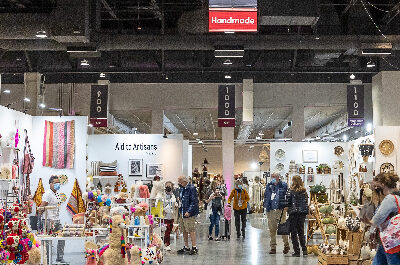