This is the third in a series of retailer reports from interviews Home News Now conducted during High Point Premarket. We asked top retailers for their thoughts on everything from consumer demand and supply chain constraints to the shifting role of markets. Our first discussion with American Furniture Warehouse’s Jake Jabs is here and part two with Oscar and Tommy Miskelly of Miskelly Furniture can be found here.

Those were the words of Josh Hudson, CEO of the 17-store Hudson’s Furniture of Sanford, Fla., but they could have come from just about any retailer attending Premarket last week. Indeed, they did come from every retailer Home News Now talked to — including American Furniture Warehouse, Miskelly Furniture, RC Willey and others — in one form or another. It’s why they were here in record numbers. It’s why, “What’s in stock?” or “What’s on the water?” were more important questions than, “What’s new?” And it’s why many of these retailers won’t be back for the next official High Point Market in June. Their demand for product has never been greater. But they also believe the new ground they’d cover here just one month from now wouldn’t be enough to make another trip worthwhile.

“Business continues to get better,” Hudson said. “Our backlogs are continuously growing. I think most (suppliers) are running about three to five times their normal backlog, and that’s where we are, too, as a retailer.

“So while we’re confident in the future because we know we have these large amounts of orders, we’re also concerned with the instability of the timing (of shipments) and what it’s doing to our consumers.”

Home News Now caught up with Hudson and Jeff Child, CEO of 11-store Salt Lake City-based RC Willey Home Furnishings, as Premarket was winding down early last week. Neither was planning a trip back for the June 5-7 High Point Market. Child said he wasn’t coming, though the retailer would likely send two buyers, including the accessories buyer. Still, that’s a much smaller crew than the seven buyers here last week. It’s sort of a repeat of what happened last year with Child, who attended the September Premarket, but then skipped October Market, albeit for a different reason.

“In September, it was because there would be fewer people,” he said. “The vaccines weren’t out yet. We were just being cautious.”

“This Premakret, with the way everything is (with the supply chain), we felt the earlier we could see our vendors, the better that would be.”

Because of continuing supply disruptions (there seems to be a new issue every week, Child said), RC. Willey’s buyers were asking, “What do you have that’s flowing? Or “What do you have in stock that’s doing well that maybe we’re not carrying?” he said.

“We’ve had some vendors call us last minute and tell us, ‘You can come by, but I don’t have anything new to show you,’” he said. “And I’m OK with that because I probably have 100 containers on order with the same factory and they can’t get that to me.”

Still, he said this has been a productive market. He’s been able to see a little bit of new product, but, more importantly, “We’ve been able to sit down with some vendors and plot out plans. Some of these people, if they didn’t show last fall at Premarket, we haven’t seen for a year to year and a half. It’s good to be able to sit down and say, hey, let’s clarify where we’re at. And are there things we need to be doing differently, so in that way, it’s been productive. You can do that on the phone, but for some reason, it’s just better when you can sit down in person.”

Here are some more takeaways gleaned from Hudson and Child during their quick but productive trips to High Point:

On the markets cycle and whether or not the shift to a greater emphasis on Premarket and less on regular High Point Market is here to stay: While both recognized what’s happened, neither see it as a permanent shift. Hudson didn’t attend the September Premarket, and while the retailer is treating this one like a regular market, “I think it’s temporary,” he said.

“I think we get back to this system of attending regular markets and treating regular markets like the main markets and treating Premarket like it used to be,” Hudson said. “I think everyone is just playing their cards a little differently this year because supply chain issues are playing into it more than some give credit.” So while Hudson won’t return in June, he has every intention of returning in October.

And for RC Willey, “It’s changed probably a little bit, but I think we’ll go back to April and October markets because there’s better networking, more things are going on, more vendors.” RC Willey typically attends the Las Vegas markets because it has stores in the area, “But I think we could miss the Las Vegas Market and it wouldn’t make a bit of difference for us.”

And what about First Tuesday? Neither Child nor Hudson has taken advantage of the new event, where several suppliers have opened their High Point showrooms on the First Tuesday of the month to dealers, typically by appointment. And just like AFW’s Jabs and the Miskelly brothers, who haven’t been either, Child and Hudson can’t seem to reconcile the cost in time and money with the potential reward.

“I think if we were closer, it would make sense, but for us, getting here is kind of a big deal,” Hudson said. Some may be choosing it as a way of doing business with a measure of extra safety during the pandemic, but for Hudson’s, Business in Florida has been open with looser restrictions for a while now, and “I’d say that wouldn’t make our priority list.”

For RC Willey, The Berkshire Hathway-owned chain with stores in Utah, Idaho, California and Nevada, the logistics are even tougher. Plus there are only a few First Tuesdays left in the year that would make sense. May First Tuesday starts today, just a week after Premarket concluded. Then there’s another June Market and a September Premarket and an October Market filling in the calendar.

“For us, it’s a full day to get here,” Child said. “It just doesn’t make sense,, transportation-wise and expense-wise to come all the way out for a day and fly back.”

While business has been stellar for nearly everyone, how long will it hold and do you worry about consumers losing patience? Child expects business to remain strong for some time, though he didn’t want to say just how long. As the stimulus ends and more of the economy opens up and discretionary income moves into other sectors, the furniture industry will see a drag, but it will be offset by the booming housing markets.

“I get a little worried a little longer down the road,” Child said, “because I think what the stimulus did was take a lot of future business and pull it into today. But again, “I don’t think business is going to crash or anything because  housing is growing very very well, at least in our markets.”

Hudson’s is coming off its best year ever and expects another record year this year. “I see strong demand continue for at least a year,” Hudson said. But at the same time, he is concerned consumers will lose patience and some already have. The retailer pays close attention to consumer reviews for signs of that impatience and frustration. For the most part, they’ve been understanding, he said. “They just don’t understand when the (delays) are repealed over and over again. If we can get it right the first time, I think they’re OK. But when it continues to drag on, that’s when we’ve noticed the biggest problem.”

If you take supply chain disruption out of the equation, what else is critically important to retailers right now? What else do you need from suppliers? For Hudson (and Miskelly Furniture, for that matter) it’s better communication, even though they understand the disruption is making forecasting extremely difficult and much of the problem is out of the supplier’s control.

“I think they have a very serious challenge on their hands with the predictability of lead times and reworking their forecasting schedule,” Hudson said. “They’ve all been really honest about the limitation of their operating systems or maybe their software systems, which are not allowing them to forecast because they’ve never been in a situation with growing backlogs and constantly not being able to keep up with production,” he said.

But Hudson’s need them to solve it, because “Ms. Jone needs a date, and we need them to partner with us on the accuracy of that date. 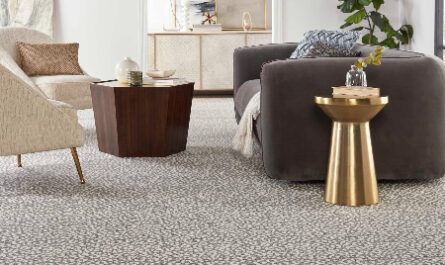 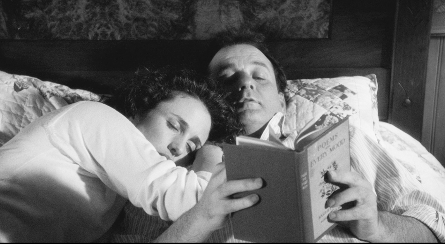 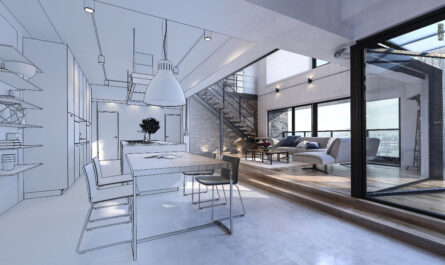