Back in May, Matt Damiani (then CEO of Loves Furniture & Mattresses) told me the new Michigan-based chain was not going to be “Art Van 2.0,” even as it was being built from Art Van’s former showrooms.

But in the end, Loves sure went down like Art Van. Both were backed (or maybe not) by private equity owners. Both faced abrupt cashflow problems and were destined for bankruptcy liquidation. When Art Van, owned by Thomas H. Lee Partners, was going down, many in the industry were shocked at how quickly the wheels had fallen off.

And it’s not just these two. In many cases, especially on the retail side, private equity’s dalliance with the furniture industry doesn’t end well. Sun Capital Partners, for instance, appears to have had its share of success on the supply side, but in retail?

Years ago, Sun Capital went in with an affiliate of Rooms To Go to acquire Chicago-based Wickes Furniture. Then it bought RTG’s piece of the business. Then expansion ensued. In 2008, Wickes filed for bankruptcy and subsequently liquidated.

In 2016, Sun Cap purchased FFO Home. Expansion plans kicked into high gear for that Fort Smith, Ark.-based retailer, which grew to more than 80 stores, including bedding specialty stores, before it reversed course and started consolidating. FFO was caught flat-footed without an e-commerce presence during the pandemic. Down to just over 31 stores, FFO filed for bankruptcy protection late last year as part of a plan to be acquired by Franchise Group and converted to American Freight stores.

And then there’s The RoomPlace in greater Chicago. The founding Berman family sold a majority stake in the business to an investor group in 2004. (Furniture Today later reported the retailer was owned by private equity firms Pouschine Cook Capital Management, Bear Growth Capital Partners and Altamont Capital.)

But there was trouble again. The man with all the experience, Bruce Berman, who had maintained an equity stake after the deal, was forced out of a leadership role in 2009. When the retailer’s lenders dashed for the exits in late 2011, Berman was able to come in at auction and scoop back up the family business for less than a quarter of what the Bermans sold it for seven years before.

One notable exception to this rule appears to be Bob’s Discount Furniture, the Manchester, Conn.-based retailer that was acquired by Bain Capital in late 2013 and has been on an expansion roll every since. Bob’s is private so there’s no telling how profitable it is, but sales and store count have been growing at a relentless clip. There doesn’t appear to be many, if any, signs of weakness.

Perhaps the difference is in leadership. Some names have changed, but Bob’s has managed to keep in place a team of seasoned merchants who know the industry. In contrast, Art Van’s collapse under THL ownership followed months of exits by key executives and managers. The merchandising department was particularly hard hit. Likewise, Loves’ first CFO resigned after only two weeks on the job. Its first CEO, light on furniture experience, was gone by yearend. (He was replaced by Mack Peters with more than 40 years in the industry, but by then, it seems the damage was done.)

Take Bob’s out of the equation, and you see a clear repeating pattern, one industry source recently told me. First, private equity comes in and has to grow the business quickly so it can flip it quickly and exit with a tidy profit.

Second, it often overpays for real estate for that fast growth.

Third, it often gets the fast growth it’s looking for, but not the infrastructure and seasoned talent needed to lead and support it.

“They get seduced by the margins,” the source said. “They see high 40s and they think it’s easy.”

Granted, the Loves case is a bit different. For starters, it was a startup built on the hull of a former top furniture retailer, and it was named after the majority owner of the PE firm, Jeff Love. So you’d think it would be in it for the long haul. Maybe it was. Maybe it was seduced by those “easy” margins. Maybe it was both or something else.

But if any of these PE firms would stop to listen to just about anyone with deep experience in this industry, they might hear what they don’t want to hear. 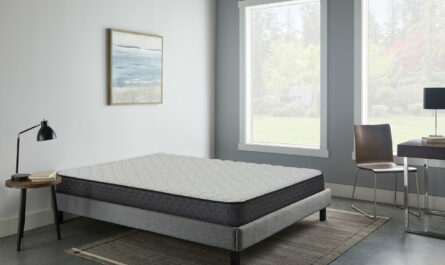