HIGH POINT — In recent weeks, the industry has learned many retailers decided to turn  Premarket into their fall market visit, and they won’t be back in October. Now a number of vendors are choosing to do the same thing.

While market organizers have signaled the extended October 13-21 High Point Market is a go (and for sure, many, if not most, spaces will be open for business), some vendors now say they accomplished what they needed to during Premarket. They don’t expect many key accounts to be back next month, so they’ll sit it out, too.

What’s more, despite assurances about stringent safety protocols in place for the three-phase market, some suppliers who are passing on the event say it’s just not worth the risk of spreading COVID-19 to their own people and operations.

“After lengthy consideration and multiple discussions amongst our management team, earlier today, a decision was made that Southern Motion and Fusion will not be showing at the upcoming High Point Market in October,” Tom Little, vice president of sales for both brands said in an email to sales representatives.

“First and foremost we understand that markets are the lifeblood our industry, and dealers base entire selling seasons on these markets. However, the safety and well being of our employees and reps is paramount during these turbulent times.”

Little said both Southern Motion and Fusion saw the vast majority of their top-tier accounts at Premarket, and more than 95% of them said they wouldn’t be back in October.

“Some retailers have placed a no-travel policy on buyers and executives within buying offices throughout the country,” he said in the email. “Several retailers have stated they will not be attending markets until 2021, and a vast majority of independent retailers are so overwhelmed with traffic, they can’t afford to leave their retail stores.”

Some other vendors confirmed the same move and for similar reasons, including HomeStretch and Winners Only. In an email to representatives, lift chair maker Ultra Comfort said it won’t be showing this time, and on its website, technology resource MicroD said it was sitting October Market out — at least physically —  choosing instead to hold a “virtual market” for retailers and manufacturers Oct. 6-9, before High Point’s official opening day.

In his email to reps, Southern Motion/Fusion’s Little went on to say, Market is “an extremely costly endeavor” to both suppliers and representatives, “and with each of you suffering multiple months earlier this year with decreased commission dollars due to our COVID shutdown, the last thing each of you need are added expenses at this time.”

Contacted by Home News Now, he added both brands had “unbelievable success” at Premarket, where it showed the introductions that had been slated for October.

“We’re putting together a virtual video (tour) as we speak so our reps can take it on the road,” he said.

“While the company doesn’t intend to officially open its doors in High Point next month, Little ended his email to reps by reminding them that the company has a staff in North Carolina and the surrounding area, and should a dealer who want to visit either showroom at any time, “we will be glad to meet them in High Point and work with them to further develop our programs. (Both showrooms will be left intact from the showings at Premarket last week).”

Tom Conley, president and CEO of High Point Market Authority, said he’s aware some exhibitors won’t be opening for October Market. But he added about 55% of known exhibitors to date have confirmed they will be open. To help visiting buyers sort things out, on its website, HPMA indicates “confirmed open,” next to the names of companies on the exhibitors list here. The authority’s mobile app also will filter only those exhibitors that are confirmed open. (Exhibitors are responsible for updating their status.)

“Some of those that are choosing to not open, are doing so because they have larger buyers as customers. And many of these larger customers … are still not traveling,” Conley said. “I am hopeful as we get closer to Market, more exhibitors will decide to participate.”

“For many buyers, close to 1,000 exhibitors confirmed open will justify a trip to High Point.”

Meanwhile, here’s what some other suppliers are saying about their decision to skip this one.

HomeStretch:  The Mississippi motion upholstery company saw a lot of retailers at Premarket, “a lot more than normal, and we saw a lot of the bigger retailers,” said President Skipper Holliman.

With that set of dealers out, HomeStretch came back from Premarket and started calling other retail customers that didn’t attend and a majority of them also said they weren’t coming.

“When you combine that with the safety issues, we just felt it didn’t make a lot of sense,” Holliman said. “Plus, for any new product that we’re going to be showing, it’s hard to give anyone a good date on when you’re going to be able to ship it because everybody is so backlogged right now with the current merchandise.”

For all these reasons, HomeStretch decided it was best not to show.

Winners Only: The California-based cased goods suppliers sent a postcard to dealers stating “Health and safety is our first priority,” and that its High Point fall presentation will be a virtual one. “We look forward to seeing you in April 2021.”

John Pinion, regional manufacturer’s representative for the company, helped with the messaging and said a lot of thought was packed into the decision.

“For one, attendance is not going to be great,” he said. “The majors are having private one-on-one meetings or have already done most of their shopping at Premarket.

“But our biggest concern was the health and safety of our people, and that includes factory people and reps. We usually send a group from the factory in California to set up our showroom. Our concern was if they got sick in the process, they could create an outbreak in the factory and we would have problems fulfilling orders and taking care of issues on that end.”

And then there’s the rep force. “If we bring 20-30 people from all parts of the country, and we’re breathing the same air together for seven to 10 days, and one of us is sick, that means all of us get sick,” Pinion said. “The damage if the reps are not being able to work because they’re seriously ill is profound, and, on top of that, we don’t want anybody to get sick.”

So it was a matter of weighing the risks and the rewards, and “in this case, it was an easy decision,” he said.

Ultra Comfort: In an email to reps obtained by Home News Now, the lift chair manufacturer said it will not be showing in High Point this fall. “We actually sent a survey to our Top 100 accounts,” said Vice President David Danhof in the letter, and “Of those who responded, 65% said they were not going to attend.” (20% say they were attending and 15% were undecided.

“We are working on virtual alternatives and will keep you posted,” he said. Danhof couldn’t be reached in time for this story.

While many buyers from the top home furnishings retailers in the country won’t be here next month, suppliers choosing not to open risk missing out on working with the many retailers who will be making the trip, International Market Centers CEO Bob Maricich suggested. And all indications are there’s a lot of them still planning to attend.

“Our experience at recent markets in Atlanta and Las Vegas was that buyers who are attending markets are here to buy, and showrooms have been very happy with the level of buying happening,” he said.

“The High Point Market Authority indicated that pre-registration is at 50% of last year’s total, which equates to thousands of buyers registered for October Market, and as a building owner we will be here to support our tenants who will be here to help them fill depleted inventories.” 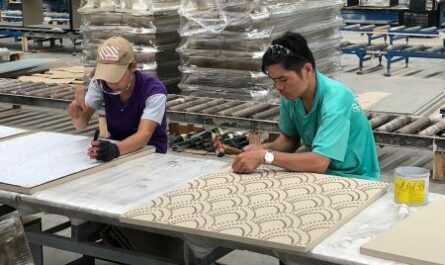 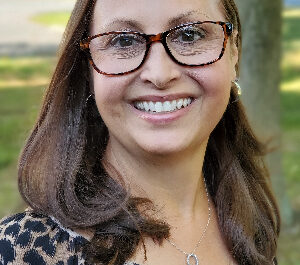 Decorating Den Interiors adds to support for its design professionals 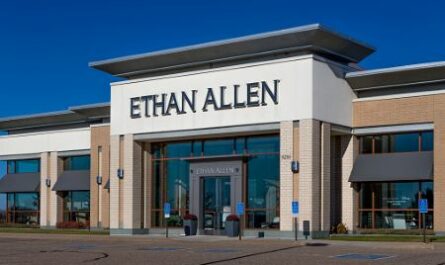