FRANKLIN FURNACE, Ohio — Big Sandy Superstore will add 11 stores over the next six months, largely by way of Art Van Furniture franchisees, who were left in the lurch following that retailer’s collapse this year.

The 24-store furniture, appliance and electronics retailer has partnered with five former Art Van franchisees operating eight stores in Indiana, Michigan and Missouri. On top of this, the Top 60 company will open three additional stores — in Maysville, Ky., and Marion and Dayton, Ohio.

In a release, Big Sandy called the new partnerships “a once in a lifetime opportunity to invest in assets that under normal business conditions would not be available.”

CEO Robert VanHoose told Home News Now the Art Van franchisees are liquidating inventory and will reopen as Big Sandy Superstores in August or September, once the rebranding is complete. That work includes, among other things, new signage installation and replenishing of the floors with Big Sandy’s lineup.

The former franchisees will be owner-partners in their Big Sandy operations, not franchisees, he said, noting how the retailer is an employee-owned business with an owner-operator mentality baked into its culture.

All told, there were some 20 franchisees impacted by Art Van’s downfall. When asked if other former operators could join later, VanHoose said Big Sandy has its hands full living up to commitments to the five partners it has selected, given the widespread pandemic-related supply disruptions the industry currently faces.

VanHoose initially was approached by Tom Eslinger about a potential partnership before Warren, Mich.-based Art Van collapsed into Chapter 11 bankruptcy protection March 8. His first reaction was “absolutely not,” he recalled.”

But eventually, he met with the franchisees, and came away impressed by their talent. “We’ve already developed an ownership mentality because we’re an ESOP, and it was a perfect fit because they will have an ownership position,” VanHoose said.

“And the quality of people (is apparent). I know they can do it. I can’t go out and hire that caliber of people.”

This year will be a bit of a transition year, with all but two of 11 stores expected to open in the second half, but, “In 2021, we should be over $170 million in furniture and bedding sales,” and should top $300 million in total revenues, he said.

Big Sandy’s second Dayton, Ohio, store and a Maysville, Ky., showroom, (which is replacing a leased location with new construction) are the stores slated to open around the first of next year.

No desire to return to independent status

The Art Van franchisees partnering with Big Sandy now have an opportunity to continue what they started when they first gave up some autonomy to be part of a bigger brand. They were all former independent retailers that converted to the Art Van name, signing on for the larger retailer’s systems, buying power, marketing prowess and more. But all of that disappeared abruptly in March, just as the coronavirus crisis was morphing into a full-fledged pandemic.

The Eslingers, who operate a 20,000-square-foot store in Mishawaka (it was Sofa Select before converting to Art Van in 2014) were in Florida when they got word of the bankruptcy filing. Art Van’s private equity owner Thomas H. Lee Partners was calling it quits on the retailer three years after the acquisition. It was liquidating all stores, save for a handful of Levin Furniture and Wolf Furniture locations that would be sold off. There had been previous rumblings about the financial difficulties the retailer faced, but also assurances that everything “would be ok,” Tom Eslinger said.

“We had five minutes notice before the press release that it was happening,” he told HNN. “I was on a call at 9 a.m. No questions were allowed to be asked. It was just a statement, ‘This is happening, we’re sorry, goodbye.’

“That was very disappointing — that and the fact we had sold orders sitting in the warehouse in Warren, Mich., that they wouldn’t allow us to have, which resulted in hundreds of thousands of dollars in customer refunds.

“Whether you believe it was done deliberately or just bad management, I don’t know, but there were things they could have done in the end to further protect more than their own interests.”

As part of Big Sandy, the Eslingers’ business will change again, and Tom Eslinger concedes there are probably a few things from the Art Van period he’s going to miss. “But for the most part, we think the Big Sandy partnership is going to be stronger and a lot better for us than the one we had prior,” he said.

Indeed, Big Sandy’s strong vendor relations across a broad spectrum of suppliers is one of the key advantages to partnering vs. returning to the world of small independents, Rose Eslinger added. Back when the Eslingers store was known as Sofa Select, “we always felt we had to buy very deep and with very few vendors,” she said. “Now, by being part of a bigger organization … you don’t have to focus on one or two brands. You’re important to all of your vendors, so you can spread out and have a better selection for your customers.”

Chris Hutson’s Art Van store in Cape Girardeau, Mo., was 600 miles from the former retailer’s distribution center in Warren, Mich. — farther away than any other Art Van store. When Hutson got the news of the bankruptcy and liquidation, “we didn’t know which direction we were going to go,” he said. On that call just before the official bankruptcy filing, Hutson was expecting to hear about a reorganization plan, not that “it’s just all gone.”

Hutson had converted Hutson’s Fine Furniture & Mattress to Art Van in June of 2018. Like the Eslingers, having learned a lot from Art Van, he wasn’t crazy about the idea of converting his 75-year-old business back to independent status, but he didn’t see many better options until the Big Sandy deal materialized.

“We went from getting punched in the face to belong pulled out of the depths of a firepit,” he told HNN. “It means a lot, that’s for sure,” Hutson said of the new partnership. “It means we can do business in 2020 and beyond the proper way. If you can’t buy right, get your advertising costs correct and get all the things that go with that in line, it’s very difficult to be an A-player. You can do well — don’t get me wrong — but we learned through the process of Art Van there may be a better way.

“The advertising (support) goes right along with the buying, e-commerce and all of those things that are so important now,” he said. “There are just a lot of benefits.”

Taking another swing at bedding stores

With the pick up of the franchise locations, Big Sandy gains new geographic ground with new full-line stores, and it will also be back in the bedding specialty store business again. The retailer had tested sleep shops a few years back but exited about 10 years ago.

“I had them before and didn’t like them,” VanHoose said, adding that he found most consumers would rather go to a superstore vs. a mattress store for convenience. Many home furnishings retailers did well with the bedding specialty store concept for years, but the rise of direct-to-consumer, bed-in-a-box business “put a damper on it,” VanHoose said.

Big Sandy, on the other hand, exited early and reworked its mattress strategy to go after that boxed-mattress business more aggressively in its big-box locations. It added DTC brands, such as Purple and Nectar as well as Ashley boxed beds and promoted the DTC labels heavily. VanHoose said it’s now the fastest growing segment of Big Sandy’s business.

While bedding stores are not his first choice, VanHoose said he’s willing to try them again with the addition of the bed-in-a-box story Big Sandy has mastered. The plan is to rebrand the two roughly 2,200-to 2,500-square-foot PureSleep stores to Big Sandy Mattress Superstores at the same time the full-line locations roll out, he said.

Following a COVID-19 pandemic-induced shutdown in March, Big Sandy reopened its stores to consumers in early May, and “it’s amazing how good business has been since,” VanHoose said. “Everything we lost for being shut down in April we gained back by Memorial Day and have since added to it.” That trend continued through June and into July. Total sales are up more than 75% over last year, he said. 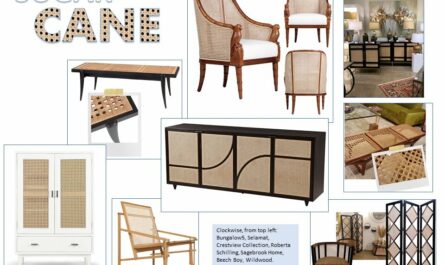 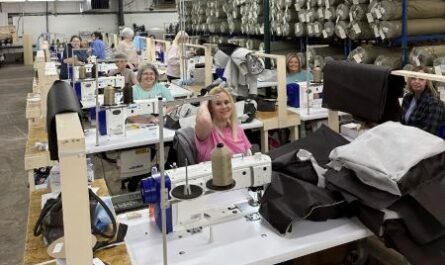 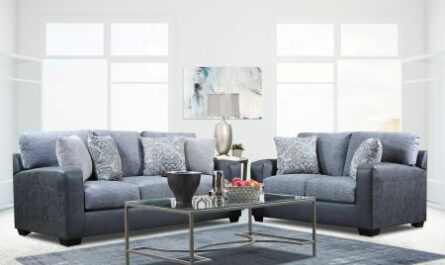