Appointment follows Jan. 18 conversion of case from a Chapter 7 to Chapter 11

ABERDEEN, Miss. — The United States Bankruptcy Court for the Northern District of Mississippi has named attorney Derek Henderson as a trustee in the Chapter 11 bankruptcy case for United Furniture Industries.

United Furniture Industries’ legal counsel in turn has asked that the court reconsider the move, saying that it should administer its own Chapter 11 case because of the size and complexity of the business.

The Jan. 23 appointment of the trustee follows the court’s decision to convert the case from a Chapter 7 —  initially sought by Wells Fargo bank and two other petitioners — to a Chapter 11 on Jan. 18.

The court said that Henderson has no connections with any debtors, creditors or any other interested party in the case or their respective attorneys or accountants and holds no interest that is adverse to the estate, which in turn helps to avoid potential conflicts of interest.

As trustee, Henderson will oversee administrative proceedings in the case from the issuing of first day orders and establishment of a creditor’s committee — to the review of reorganization plans and compliance regarding the filing of operating reports and financial reports, tax returns and schedule of income and expenses, to name several key areas. A trustee also helps administer the sale of various assets and payment to creditors from such proceeds.

Wells Fargo said that it was pleased with and agrees with the judge’s decision to appoint a Chapter 11 trustee.

“This thoughtful decision should offer a transparent, fair and orderly process to administer the estate and maximize asset value to help all of UFI’s customers, vendors and creditors,” the bank told Home News Now.

But United maintains in its own Jan. 23 filing that it has the ability as the debtor to oversee its own case.

“There has been a growing dispute between the debtor and its largest — but not only — secured creditor — Wells Fargo,” United said in its filing. “That is not unusual  in a bankruptcy case, and certainly not one of this size and complexity. There is no evidence, however, tying the complexity of the debtor’s relationship with Wells Fargo to an impairment on the ability of the debtor to administer its Chapter 11 case. In fact, the evidence in the record thus far is that the debtor and Wells Fargo cooperated to some degree in the weeks prior to the filing of the involuntary (Chapter 7 petition).”

In its petition, United goes on to say, “The debtor may not be operating anymore, but it had been a $500,000,000+ annual revenue company with thousands of employees, thousands of creditors and contract counter-parties, dozens of commercial properties (leased and owned), a large commercial trucking fleet, and warehouses full of inventory comprised of completed furniture, furniture kits, parts for furniture, and other assets used in its business.

“The debtor also has operations in Vietnam and significant contract counter-parties in both Vietnam and China. Winding it down will not be a simple exercise involving a few isolated asset sales. The debtor points these factors out because it had put in place the professional and staff architecture to begin to address all of these matters in a coordinated wind-down in Chapter 11 with the goal of getting to a plan that would have funds available to pay dividends to unsecured creditors. That architecture is now frozen, to the detriment of all parties in interest. A trustee entering this fray faces the same complexity with no working knowledge of the debtor or the case and no funding to develop it.” 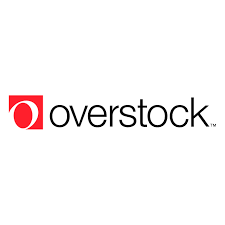 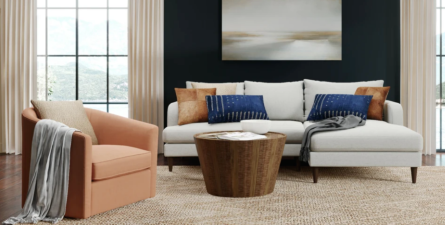