I have a “go-to” joke whenever I meet or am otherwise forced to hang out with financial planners, investment bankers, crypto traders or the like. “I’ve got a tip for you,” I lean in to say in a whisper. “Corrugated paper. That’s right, cardboard. All you have to do is keep two or three tons of it in your house. Last quarter, I made 3 cents per ton! Do the math!”

Of course, the joke is all in the delivery, and the joy is in the reveal. When they figure out they’ve been had, if only for a few seconds? Well, it’s delicious, and some recompense for the fact that they make waaay more money than I do.

I’ve been telling variations of this joke for decades, most recently with a financial planner here in town over lunch. It’s been several months, but he hasn’t gotten over it.

But here’s the thing: Covid turned a lot of things upside down, including this joke about the ridiculousness of investing in boxes. By one estimate, the international market for corrugated paper, which industry insiders do NOT like to call cardboard (it’s a couch/sofa thing), will reach the size of the gross domestic product for either New Zealand or Greece — $205 billion. In the United States, the market for cardboard boxes and containers is $77 billion, according to IBISWorld, or $1 billion more than the retail furniture industry. Which reminds me of another joke.

Long-time Furniture Today publisher Joe Carroll, my adoptive father, loved to tell the joke of the furniture store that put a sofa and the box it came in on display in the store’s front window.

Customers kept buying the box rather than the sofa. Joe’s sage industry insider advice? Keep ordering the box! Well, that joke has been turned upside down, as well. The corrugated box industry is booming. The sofa business? Meh. Unless you’re Vietnam.

A year ago, I finished up a series in this space that provided a history and state-of-the-industry report on the oceangoing, truck-carried container industry, and it is quite the whale song. Now, in the midst of the shopping season, we check in on the cardboard industry, a whale of a different kind.

On Sunday, Dec. 3, I went out to the driveway to get my New York Times. The magazine cover story? One reporter’s “journey to the corrugated core of the 21st -century economy.” The feature story opens in my city, Rome, Georgia, a place where northwest Georgia’s mountains begin to shrug their collective shoulders. It is also home to several timber farms that source International Paper.

The story chronicles the explosive growth of an industry that is “the glue that holds together entire industries and regional economies. … In corrugate we trust,” wrote the compelling feature’s author, Matthew Shaer.

Covid accelerated trend lines in online shopping that already were scaling up, and one of these trend lines has cardboard producers breaking records every year since 2020, or the year we all started ordering in everything from diapers to dining tables. Since then, this seeming insatiable desire and even demand for convenience has only increased. Consider your own holiday shopping and buying habits.

Remember when we used to go to the mall? I could shoot a shotgun in our local mall and wound no one. Here’s the TikTok to prove it.

No one knows how many packages Amazon delivers each and every day, except presumably someone at Amazon, and the number likely changes each and every day. But, one estimate puts it at 7.7 billion. It’s no surprise, then, that even before Covid, Amazon Logistics — the subsidiary with the ubiquitous Amazon Prime vans — overtook FedEx in market share, doubling its delivery volume in 2020 alone, Shaer reports. In 2021, Amazon shipped $470 billion globally, almost all of those goods encased in corrugated paper.

To connect to the theme of a column last month, American use and re-use of cardboard should be noted, compared to, in particular, plastic and glass. According to the American Forest & Paper Association, we recycle only about 5% of our plastics, about a third of our glass bottles, but more than as much as 91% of our cardboard (as of 2020). Consumers aren’t generally aware why, but they do know that cardboard should be recycled and, relative to non-fiber-based materials, that it can feasibly be recycled most everywhere. The extent to which packaging materials are affecting buying choices isn’t known, but it isn’t a stretch to suggest that they are a factor.

Because loblolly pines, or Pinus taeda, grow so fast and in so many climates, including and especially Alabama and Georgia, they are relatively easy to replenish. This is good news for the planet, but bad news for my neighborhood. International Paper’s Rome facility reports receiving 8,000 tons of trees coming in every day, and a frightfully large number of them rumble past our house along Highway 101, chugging up the hill like out-of-shape distance runners with stage four emphysema. They rattle the window panes.

Back to Joe Carroll’s sofa box, the opportunity for improvement for shippers, including all of the e-commerce players in furniture, is to reduce waste. There is an optimal size box for any product, from lamp shades to sofa-sleepers. If the box is too large, there is a higher risk of damage and a cost associated with shipping all of that empty air. Consumers are aware of this, too.

And governments are taking notice. According to Shaer, John McKeon, an assemblyman in Madison, New Jersey, has proposed a bill that would fine retailers up to $500 each time they ship an item in a box more than twice as large than what is needed. That bill is up for a vote in January.

And in Europe, no fewer than 24 nations are regulating to reduce shipping material use and waste.

So, while we do have an estimated two to three tons of corrugated paper in our attic, a result of our last move (and the phenomenal fluting in Japanese-produced cardboard boxes — industrial origami!), it’s no longer a joke. Just do the math!

May your holidays be populated, crowded, littered and awash in beautiful cardboard filled with the stuff you want. And don’t forget to recycle! 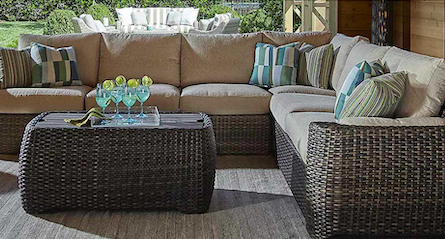 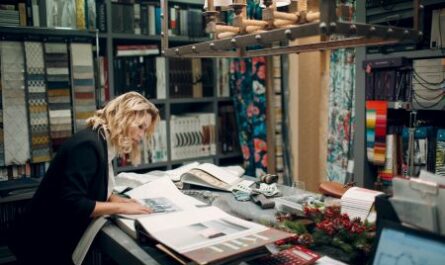 One thought on “Thinking inside the (cardboard) box”