PRINCETON, N.J. — When a business has been around more than 50 years — in this case 65 this year — it begs the question what has led to its overall success.

We asked that question to bedding supplier Therapedic International, which got its start in 1957
and is today one of the largest bedding resources in the market, falling just below the Top 5 bedding producers and ranking at the top of the second tier.

Much of the success over the past two decades is due to the leadership of Gerry Borreggine, president and chief executive officer, and his current management team.

Borreginne will be in his position 20 years next year, while Vice President of Brand Relations Susan Mathes is entering her 14th year with the company, having been in her current role for nearly nine years and previously serving as specialty brand manager and executive business administrator.

In an exclusive interview with Home News Now, Borreggine said the brand’s success is due to many factors, not the least of which is the strength of his team, including long-time Board Chairman Norman Rosenblatt, who Borreggine said “has been unwavering in his support of the group, both its licensees and its management team.”

He also attributes Therapedic’s success to the strength of its licensees, a group of 10 manufacturing partners that cover 11 areas around the country. It also has about two dozen international licensees that primarily supply the markets where they are located.

“It’s been pretty consistent,” Borreggine said of the licensees, noting that some also produce product for multiple brands. “We may lose one or two and then we may add one or two.”

The only gap right now in the U.S. is California, but here too, Borreggine said the company is looking for the right partner.

“We have had a few offers for that territory,” he said, noting that the company is being judicious with the decision. “With our situation, we can afford to be discriminating and we can take our time.”

The company’s product line also has helped position it in different segments of the market, offering mattresses in multiple categories. For example, it offers four primary types of mattresses, from traditional innerspring units to hybrid, specialty and heavy-duty varieties.

The hybrid assortment includes its latest Immunity line which has a patented yarn technology in the covers featuring 30% copper content. Six different mattresses in the line also offer layers  of copper-infused memory foam.

Therapedic also offers a line of specialty mattresses featuring all foam and latex construction as well as a line of heavy-duty mattresses that offer as many as six to seven layers of foam and foam-encased innerspring construction, providing consumers the highest level of support.

Also within its assortment is the licensed Tommy Bahama line which is the only other branded mix of product its licensees produce for Therapedic.

Borreggine notes that while this line has had success, the success has been somewhat limited compared to the other Therapedic products. But based on the positioning of Tommy Bahama stores in major metro markets such as New York and Chicago, he believes it has more widespread potential across the U.S.

“It is more regionally successful than it is nationally successful right now,” he said. “So we are looking to reengage and reposition it to our group again so that it can get another shot. That being said, it should be a line that doesn’t just work in coastal areas. It could work anywhere. … We think it could be a big hit for everybody everywhere.”

Describing it more of a lifestyle line compared to the other offerings, Borreggine said the line also falls within price points that go a little higher than the average Therapedic ticket, positioning it in the best part of a “good, better, best” lineup.

Communication is another key aspect of the company’s success including the publication of monthly newsletters that share the latest on the brand’s offerings and other timely topics. In addition, the company last year launched a video series called Inside Track hosted by Borreggine. Each segment offers subjects of interest to retailers ranging from sales training and merchandising to marketing and how to best connect with their core customers.

These segments are based in large part on his own experience as a retailer, including as president of 40 Winks Sleep Shops for more than 22 years.

“I was a retailer for a long time and I still think, respond and act like a retailer,” he said. “So when we create a promotion for Therapedic to give to our dealers … it was born in the brain of a retailer. It was thought out like a retailer. And that is part of what has made our marketing and promotions to our retail partners so successful. Unlike other brands that are run by lifelong vendors, we are not.”

Thus, education has been and remains a core part of Therapedic’s function in the marketplace.

“We always try to give them good product and timely promotions and all the other things that every other brand tries to give them as well, but in this case, we are also trying to help them connect right on the sales floor.” 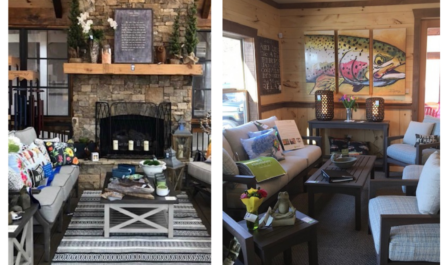