The news service said Kohl’s stock price fell nearly 20% following the announcement. Its closing price on Thursday was $35.69 per share and hovered around $29 for most of Friday before closing at $28.68.

The company statement issued Friday that the financing and retail environment has significantly deteriorated since negotiations began in early June. Kohl’s board Chair Peter Boneparth said continuing to pursue a deal was not prudent given the current market’s volatility. There are concerns that the U.S. economy is on the verge of a recession, inflation remains high, interest rates are up and the stock market has had its worst first half of the year since 1970.

“Throughout this process, the board has been committed to a deep and comprehensive review of strategic alternatives with the goal of selecting the path that maximizes value for shareholders,” said Peter Boneparth, Kohl’s board chair. “Despite a concerted effort on both sides, the current financing and retail environment created significant obstacles to reaching an acceptable and fully executable agreement.”

Kohl’s went into negotiations with Franchise Group after after reviewing more than two dozen proposals, it said in the statement.

The company noted that it is witnessing a decrease in consumer spending and expects second quarter sales to be less than forecast. In addition, according to Friday’s statement, the most recent revised proposal from Franchise Group was to pay a reduced price of $53 a share because of current market and economic conditions.

In April, Franchise Group submitted a $9 billion bid, at $69 a share, to purchase Kohl’s. That number, according to Friday’s statement, was at $60 when the final proposal was submitted, which exceeded other bidders. Franchise Group owns retail stores The Vitamin Shoppe and Pet Supplies Plus.

“Kohl’s is a financially strong company that generates substantial free cash flow and has a clear plan to enhance its competitive position and improve performance over the long term,” Boneparth said.

Kohl’s said in the statement that it will continue on a strategic path to transform its stores in hopes of luring more shoppers. According to the statement, the retailer has a partnership with luxury cosmetics vendor Sephora, which will be placed inside more than 850 stores by the end of 2023. The company also plans to open more than 100 smaller format stores within the next four years. It’s a move that they hope, according to the statement, will bring in more than $500 million in annual sales. Kohl’s will expand its digital business and roll out service to buy online and pick up in store at all locations this year.

The statement went on to say that the board and management team will continue exploring opportunities. The company will also move forward with its $500 million accelerated share repurchase following the earnings results for the second quarter, which the company will share Aug. 18. 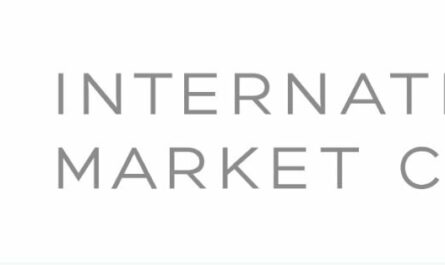