The company has begun shipping from its new upholstery plant, while investing in new equipment for case goods production at Hickory White

HICKORY, N.C. – Luxury upholstery and case goods manufacturer Sherrill Furniture is quickly advancing its planned strategic investments in its business, a process that is expanding capacity and technical capabilities in a way that will flow product more quickly and efficiently to its customers.

The company announced its strategic investments last fall and recently provided Home News Now an update on those efforts, ranging from an expansion of its upholstery operations to investments in new equipment for its case goods facilities.

The company opened its new 150,000-square-foot upholstery plant in nearby Conover back in early March, about two months ahead of schedule.  The facility currently employs 40 workers, which is expected to more than double to 90 by year end.

The company did not say how many pieces the plant is producing currently but did say it is making a full line of sofas, chairs, beds and sleeper sofas both in fabric and leather.

“The facility is capable of and will produce the full line of upholstery products,” said Thad Monroe, president of Sherrill Furniture.

Dax Allen, vice president marketing, added that the facility has been shipping several trailers of product each week, far exceeding expectations at this point.

“We weren’t expecting to be this far along,” Allen told Home News Now the first week in June, noting it had shipped as many as six trailers that previous week. “Which is amazing, considering it only has been running since the second week in March. We have made tremendous progress.”

On the case goods side of the business, the company has reorganized its manufacturing facilities at Hickory White for the first time in many years and in a way that helps create better efficiencies in production.

For example, Monroe said, the footprint has been changed to organize the flow of small, medium and large products. The plant also added a second cabinet line in May and a separate bed production line and a dining table production line in March.

The company also has expanded its work force over the past year or more by nearly 30%, bringing the total as of mid-June to about 1,200 in its case goods and upholstery production facilities. With the expanded Conover facilities the company is expecting to have even more on board by year end.

For customers the improvements means sharper lead times on the case goods and upholstery side. Upholstery is shipping in about 23 weeks overall, down from 25-26 weeks earlier this year. Express programs are shipping product in about 11 weeks, Monroe said.

On the case goods side, he noted that finished product is shipping in about 10 weeks, down from 11-14 weeks earlier this year.

“The expansion is providing some good results for us already,” Allen added. “A lot of the bottlenecks that were there during Covid were with supply chain and labor and everything was getting so tight. I think we are about to turn the corner on that…We are already seeing lead times come down across the company as a result of all these things we are doing.”

The company, as previously announced, recently has added to its marketing team as part of an effort to expand its digital marketing platform and communicate its advantages as a domestic producer to customers around the globe.

In addition, the company is gearing up for a new showroom for the October 2022 High Point Market. This will be an upfit of the company’s existing facility at 315 Fred Alexander Place. It will feature a new design both inside and outside the building, which will include a newly created and modern façade. 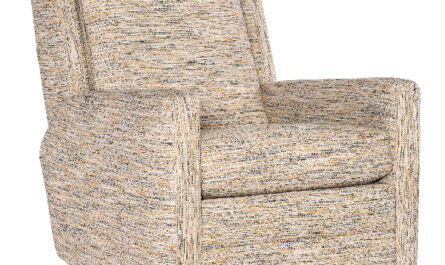 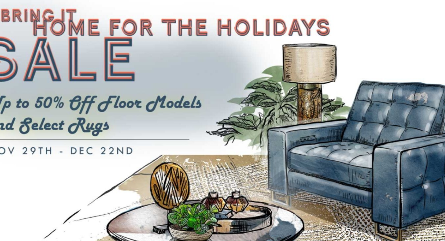