The idea of beauty “has all but disappeared” from the worlds of design and architecture, and it is time to bring it back, says architect and author Donald H. Ruggles.

“Beauty has been marginalized to the point where it is seen as a romantic notion from a bygone era,” he says. “That’s until recently, when neuroscience started to unlock some of the mysteries of the brain and show us just how important the emotion of beauty is to our health and well-being.”

Ruggles is chief executive officer of Ruggles Mabe Studio, an architectural firm in Denver, and author of “Beauty, Neuroscience and Architecture.” He’s also part of the speaker lineup at the Science in Design Summit, a series of educational events happening at leading design centers and furniture markets across the United States and Canada throughout 2022. Subjects include biophilia, neuroaesthetics, environmental psychology, cognitive architecture and evolutionary psychology.

In his Science in Design talk, “Beauty, Neuroscience and Architecture: Timeless Patterns and Their Impact on Our Well-Being,” Ruggles notes that “beautiful” is a word many have come to avoid when describing architecture and interior design, preferring virtually any other descriptor.

He says he was troubled to read an interview with an architect who “was quoted as saying it is his goal to destabilize and challenge his clients through his design.”

“Well, that’s all well and good,” Ruggles says, “but I wonder if his clients were made aware of how this would affect their health and well-being? How would they react?”

He notes that everyone has been in a room or building that made them uncomfortable, even if they weren’t certain why. “Conversely, have you ever been in a room you didn’t want to leave? In a space that calmed you and made you feel whole and nourished and healthful?” he asks. “This is the power of design at work.”

But why is that? The answer, Ruggles says, lies in our biology. Human brains have evolved to process information both subliminally (the ancient brain) and more rationally (the evolved brain), Ruggles explains.

“Emotions happen instinctually and subliminally in the ancient brain. And it isn’t until the modern brain is activated, that we are aware that the emotion is even occurring,” he says. Two essential emotional motivators for humans are survival (avoid danger) and pleasure (seek safety and comfort).

At the same time, the human brain has evolved to recognize patterns. “A good example of this would be a dark sky filled with lightning, wind and rain. That equals stress and a survival reaction. This is a pattern to avoid. While a bright sky filled with sun combined with blossoms on the trees indicates food and pleasure. It is a pattern to approach,” he says. “Our brain is constantly on guard for survival and also is seeking pleasure — approach or void. So, patterns play an important role in our lives.”

And that means architects, interior designers, product designers and others can create inviting spaces and furnishings that evoke a subliminal emotional response — one that leads to a sense of wellness rather discord.

Our autonomic nervous system receives both sympathetic and parasympathetic inputs that also align with those core motivators of avoiding danger and Dcomfort, he says. When we feel threatened, our body pumps out adrenaline and cortisol, giving us energy to flee or fight and drawing resources, at least temporarily, away from bodily functions like our digestive system. It’s not healthy to stay in such a state. When we’re relaxed, safe and happy, our bodies release dopamine and oxytocin.

At the center of the Acropolis in Athens, Greece, is the Parthenon, “considered the most beautiful building in ancient Rome,” Ruggles says. The Taj Mahal in Agra, India. The Forbidden City in Beijing. All are created using a classic three by three design: a division that has a left, a center and a right — and a top, a center and a bottom. A three by three pattern can be symmetrical or not. Either way, the ancient brain finds it beautiful, he says.

The pattern, once you look, is found everywhere — in Gustav Klimt’s “Portrait of Adele Bloch-Bauer 1” (better known as “The Woman in Gold”) or in the structure of a Georgian Federalist home.

It’s even found in the human face — which may be the reason we’re drawn to the three by three pattern in the first place. As infants, we learn to recognize the faces that mean danger and the faces that keep us safe.

As much as we think we might like it to be so, we can’t have a life without stress. The key is balance. “Stress makes us stronger, and pleasure mitigates the negative components of stress,” Ruggles says. “It is literally a balancing act.”

How does that apply to design? “A good example of this would be the composition of a great classic room, blending muted colors and then adding a red flower vase or red painting for accent into the space,” he says. “Red, of course, is a danger survival signal and this is literally all it takes to create a sense of balance in the room.”

Ruggles encourages those involved in home and furnishings design to use what science is teaching about the value of beauty.

“Science is pointing the way to understanding the emotion of beauty, and we should use this knowledge to better our world,” he says. “Our clients’ health and well-being the better for it.”

“You’re doing more important than you might realize. You are literally supporting and improving the overall health of society and your clients, as well,” he continues. “So here’s the suggestion: The next time a client pulls out a red pen and starts marking up your drawings, you might bring up the fact that their health and well-being are at stake and they would do well to follow your lead. Not only will it improve their lives. It may very well extend their life. It is that important.”

View all posts by Julie A. Palm → 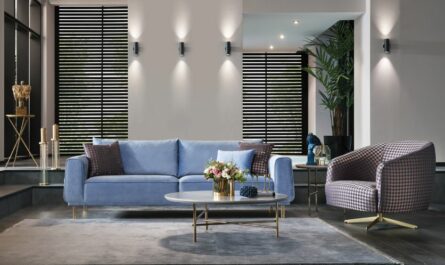 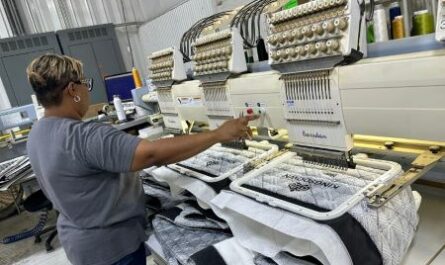 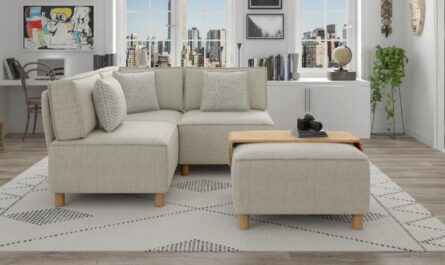