Sponsors shorten time, make other moves to rein in the event and bring dealers’ full attention back to official High Point Market

HIGH POINT — Over the past two events, Premarket has grown into something much more than its organizers ever intended.

Both the number of buyers and exhibitors participating have swelled to record highs. And because of health concerns and severe product shortages, some dealers began using it as a stand-in for their typical Market visit.

But now, as the world approaches more of a post-pandemic normal, the event’s sponsors, working with High Point Market Authority, are making changes, not so much to discourage participation in Premarket as to rein it back in and remind everyone of its limitations and its intended role. It was never meant to be more than a complement to the official High Point Market, or “the goose that laid the golden egg,” and dealers, they say, need to return to using it the right way.

The 18-19 sponsoring companies have moved to shorten the next Premarket to two days — Monday and Tuesday, Sept. 13 and 14 — from the previous three days, and will only provide their invited guest rooms for Sunday and Monday night. They’re also limiting invited retailers to four paid room nights at the Grandover Resort in Greensboro, N.C., a policy change the organizers actually initiated for spring Premarket in April and will continue now after previously giving some of the industry’s larger buyers additional room nights.

And they’re watching more closely — for invited dealers who take the rooms but don’t bother to stop in to see the sponsors or who don’t come back in October. If that’s you, you might soon find yourself uninvited to the next Premarket, as two Spring Premarket guests will soon be learning if they haven’t found out already. Invitations will be prioritized, among other things, rewarding guests with a track record for shopping both Premarket and Market and for visiting the sponsors who helped pay their way.

The hope with these tweaks, said Doug Bassett, chairman of the Premarket sponsors group and president of Vaughan-Bassett Furniture, is that dealer behavior will revert to the way it was pre-pandemic. In those “good ole days,” he said, roughly 100 dealers would attend a Premarket and nearly all of them — 97% to 98% — would return for Market. That changed beginning last year, when some began taking advantage of Premarket not as a complement but as a replacement for Market, in part to avoid large crowds at the event and in the hotels. It was easier to social distance in showrooms this way, and more than the usual number of exhibitors beyond the sponsoring showrooms were open for business, too.

The most recent Premarket in April drew a record 500-plus dealers, Bassett said. He didn’t have the data on how many came back a few weeks later, but he did have figures for fall 2020 Premarket: more than 300 dealers attended that one. About 120 were invited guests who took advantage of the accommodations and other support the sponsors provided, and of that universe, roughly 70% to 75% returned to High Point Markets.

“So there was attrition but the majority were still coming back,” Bassett said.

On the other hand, of the 200-plus other dealers (maybe they made a day trip out of it or weren’t officially invited or just didn’t take the sponsors up on the hotel or other support), less than half came back.

“We don’t have the final numbers from spring, but … we believe dealer behavior was similar to that in the fall,” Bassett said. That is, most of the invited guests came back in June, while the majority of others did not. Maybe it was because they were used to High Point Market in April, or maybe they had student graduations and other late spring events keeping them away in June. the reasons have not been probed.

But as market event schedules return to normal, both the Premarket organizers and HPMA are tweaking the policies and re-educating dealers on what Premarket is and what it is not in hopes of ensuring that pandemic behavior was just that ― a temporary change of plans that don’t distract from the big show anymore.

“This is really an educational initiative,” Bassett said, one led by Bassett for the sponsors group and by the Market Authority’s President and CEO Tom Conley. “We think a ton of dealers don’t really understand what Premarket is. Premarket is a no-frills, two-day sneak preview in a handful of showrooms of what’s going to happen at Market. And too many dealers are coming to town wondering where the transportation is, or where the entertainment is, or where the ASID continuing education classes are.

“We’re afraid they’re coming and getting a bad experience at Premarket. They’re also discovering that only a quarter of the 1,600 showrooms in High Point are even open.”

And many of the showrooms that are open are  probably not “High Point Market ready.” They don’t have everything ready to be viewed that a dealer can expect to see and order at the official market.

HPMA’s Conley said he “was shocked that we got calls from dealers saying where’s my Premarket badge,” not realizing there are no Premarket badges to be had. Others were calling from the airport and from the street wondering where the shuttle buses were, he added. There are none during Premarket.

In addition, some of the exhibitors that opened for Premarket because they saw their potential competitors opening, wound up disappointed, too, when no one showed up in their spaces, he said.

The whole idea behind the Premarket policy changes isn’t to discourage dealers from attending Premarket. “It’s to make clear how important it is to come back to October Market,” Bassett said, “that they really only need to come to Premarket for a couple of days, that they need to visit the sponsor showrooms or the showrooms that are truly ready … and they only need a couple of people to do that.

“Two people, two days and you’ve done all Premarket is designed to do.

“Then you need to bring your whole team for longer to October or April Market when every showroom is going to be open and our full assortment of services and benefits are available. That’s the way Premarket has always worked in the past.

“We’re not trying to issue edicts or demands on the dealers or other exhibitors for that matter. We’re just trying to educate them that the goose that laid the golden egg is October Market and April Market, and for years, High Point has been in a beneficial spiral, with new showrooms and expanded showrooms and with healthy attendance.”

Then came the pandemic, and for much of the last two years, things got out of whack. The industry saw what Bassett called “Premarket creep,” where some dealers were showing up in town five or six days before the start, much like many retailers do ahead of a High Point Market. It’s a mistake, he said, not to mention “hell on the reps.” Before the pandemic, a handful of reps might come in for a 36- to 48-hour period. More recently, that has stretched well beyond two days.

“You’re asking reps to come for a week at October and April markets and for almost as long at Premarket, and that’s just unfair,” he said.

October Market, Bassett noted, will be the first “normal market” in two years, the first where most of the world is vaccinated and safe. And it will also be the retailer’s last and, perhaps, best chance to see up close what’s coming in the pipeline.

During the April Premarket, Home News Now interviewed several large buyers who, indeed, were using Premarket as their High Point Market and said they wouldn’t be back in June. One of the reasons given in addition to the benefit of more limited crowds: They didn’t need to see too much new product, anyway, because of all the shortages and other supply chain issues that are delaying shipments into next year on goods already on order.

But Bassett argued that this is actually a compelling reason to attend every event — both markets and premarkets, but definitely the last one of the year. The industry has entered a weird, compacted period that features four major market events (starting with the June Market) in just a five-month period). Whether buyers came to the just-completed June Market or are planning a Las Vegas Market trip in August or Premarket in September or the October Market, the best information on the ability of exhibitors to show product that’s available or provide the latest information on product and availability comes at the following event and improves with each event.

“And the last one on the schedule for 2021 is October Market,” Bassett said. “There will be a 90- to 120-day gap until you get to the Vegas market in late January, early February.

“So October market will not only have the largest display of introductions, it’s somewhat of the last chance to lock down product face to face for the next three or four months.”

Bassett said the Premarket sponsors and HPMA are planning to marry the press they get from this policy-change announcement with a cover letter that will go out to every dealer who attended the past two Premarkets, re-emphasizing what they can accomplish during the event and what they cannot. They will reiterate that buyers are welcome to attend any High Point event they wish, “but to see the full scope of introductions and to benefit from everything we do at a normal market, you’ve got to come in either October or April,” Bassett said.

“I’m really hopeful that as industry (members) educate themselves about what Premarket is and is not and realize all the wonderful things they can take advantage of during Market, that Premarket will settle back into its previous state,” Conley said.

“Because Market really is what it’s all about. That’s what the town was geared for. That’s what we work so hard to produce twice a year, and frankly the exhibitors depend on it.” 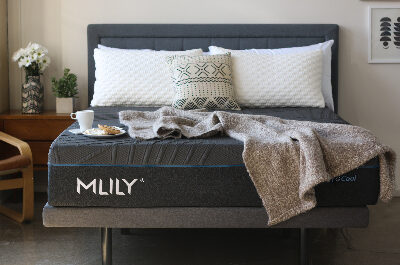 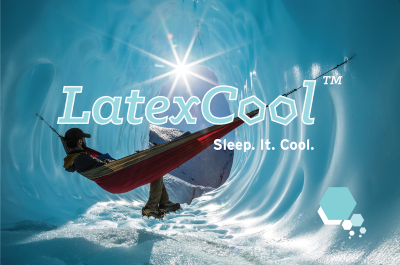