“If you have a love of style and design and the desire to share it with your clients, join our network of independent families,” the publicly-held company says on a webpage dedicated to the effort. A colorful brochure available there helps make the pitch:

“Imagine your business transformed … into an interior design destination. Picture a bright, modern layout equipped with the latest high-tech tools, from self-service touchscreens on the sales floor to crisp, clean, breathtaking digital signage.”

The brochure opens by noting, “Turning points are inevitable,” and, “If you’re proud of what you’ve built but know it’s time for something more, we’d like to help you discover what’s next.”

Home News Now talked with Ethan Allen President, Chairman and CEO Farooq Kathwari to learn more about the new initiative and all the turning points that are making it possible and appealing to retailers today. We asked what store owners can expect to invest and what Kathwari sees as the advantages of growing this way — both for Ethan Allen and the entrepreneurs who come aboard.

Here’s the edited transcript of the conversation.

Home News Now: First, why now? Is there something happening for Ethan Allen and/or independent retailers across the country that makes this an opportune time to partner?

Farooq Kathwari: “It might be good to give you a brief perspective on our industry and other industries and then talk about why today this makes sense. I’ve said for many years that we’re all impacted by a number of factors, but I focus on three: globalization, commoditization and technology. These have impacted the way we do business, the way the world does business. And they have impacted the political and power structure of the world.

One of the impacts of globalization was manufacturing (leaving North America) and especially the United States. That led to commoditization, which resulted in the changing nature of retail. If you take a look at the 1940s, ’50s, ’60s, department stores were the main (retail) business (along) with local grocery and hardware stores and similarly, furniture stores. All of that started changing.

Commoditization meant products were now coming from overseas, made much cheaper than we could make them in the United States. Those two factors resulted in the change in retail that’s been going on in our industry, and that also creates an opportunity. Look at brands like Henredon, Thomasville, Drexel and others that went out of business (or were sold off). And we had the advent of mass retailers coming in.

Then we started seeing the impact of technology in all aspects, first, in how we make products. And now, in the last 10 to 15 years, it has impacted how we sell products. From Amazon and Wayfair to others, look at how technology has changed the very nature of our industry (from a retail perspective).

That takes us to where we are today and why the initiative to look for entrepreneurs. The reason is, people are ready. People who are entrepreneurs in our industry, who want to focus on design — they’re having a tough time. How do they compete with commoditization? Where do they source from? Most of the sources today are selling to commodity sellers and to online sellers. Having a brand and having the background and whole structure to support it — there are not many around, especially at the level we’re talking about. We are one of the few who are able to compete at a higher level of quality but still remain very competitive (price-wise).

How has Ethan Allen had to adjust to these new operating realities you mention?\

Overall, we have done well, but we’ve had to change our focus. We changed our focus more and more to interior design, so personal service became an important factor.

We also decided we will maintain our manufacturing right here in North America. I was (recently) interviewed by an organization that asked me how, as a public company, we have maintained manufacturing in the United States when it was better to take it out. I said, fortunately, I don’t have a three- to five-year tenure that would lead me to make short-term decisions. (Kathwari has been president of Danbury, Conn.-based Ethan Allen since 1985 and chairman and CEO since 1988.)

We maintained our (domestic production) but we had to consolidate. We had 30 manufacturing plants in the 1980s. We had four sawmills. Today, we have nine manufacturing operations and one sawmill — more efficient, more productive than the 30 were.

Another important thing we did, 30 years back or so, we focused on logistics and said we will deliver our product at one cost nationally. That had never been done before. I had a minor (dealer) revolt as you can imagine, (dealers in the East believed the move would solely benefit dealers in the West). But we did it, and today we are delivering to the consumers’ home at one cost nationally. In our industry that’s an important factor; this is not like delivering a package by UPS.

Would you characterize this as a new expansion strategy? I ask because you have long had a network of dealer-owned Ethan Allen stores around the country and internationally. So what’s different about this effort?

One difference is we have more entrepreneurs interested in joining now than we had before. We’ve had people coming to us who have said they would like to see the opportunities.  Many are from major markets we’re already in (with company-owned design centers), like Washington, Seattle and Boston. But those markets are hard for us to turn over because we already have strong people running them. (The design center model has changed, too, which is another difference and reason for the increased interest, Kathwari mentioned later.)

Are you looking to add a certain number of dealer-owned design centers over a certain time frame? And are there certain areas of the county and types of markets you can identify as most appealing for growth under this plan?

We’re looking at at least 100 markets where we should be and are not. That’s where we believe families and entrepreneurs — some already in the business and others who are not in the home furnishings business — could join the Ethan Allen family. This 100 would include North America and some international markets, and I’d like us to do this in three to five years.

There are markets, like, for instance in the Southwest and West, where we used to have lots of entrepreneurs, and today we don’t. In growing markets like Aspen, Colo., for instance, there is a need for an entrepreneurial, interior design-based (store). Markets like that I believe are extremely important…. Having our company retail division spread thin across too many markets is difficult. We can operate best if we have some (corporate stores) where we can put in the resources and the talent to operate them. But when you start getting into some of the other markets that are not major metro markets, it is better to have an entrepreneur operate there. They can do a better job.

Can you offer an idea of the amount of investment a retailer would make to convert?

The impact of technology on the cost of getting into the business is an important factor. I mentioned technology earlier and how it first impacted how we manufacture products and today is impacting how we sell our products. Fortunately for us, in the last few years, we’ve invested in technology so that our designers are able to show product online with 3D, virtual reality. If that was not the case, we would not have been able to maintain sales as we’ve been able to in March and April when everything was closed (during the pandemic lockdown). In the last few months, we’ve increased the business from last year. One of our advantages has been that we make 75% of our products ourselves. If we were dependent on East Asia, it would be tough.

Thirty or 40 years ago, Ethan Allen stores were 15,000 to 20,000 square feet. You had to show product to sell it. Today, that’s not the case. Today we are opening our design centers in 8,000 and 10,000 square feet and getting even smaller. We have one reopening in the Hamptons … in New York that’s 3,500 square feet. And we have one that’s about 3,000 square feet in Winter Park, Fla. They’re doing as much business as a 15,000-square-foot design center. The reason: strong interior designer and technology.

So 10 years back we would have had a store full of furniture. Not today. Today we have enough for them to see the various styles and quality, but the rest is tools — fabrics, finishes, wood samples, lighting, rugs — all done with samples rather than room after room of furniture.

While we have design centers from 3,000 to 20,000 square feet, I think in terms of investment today for a 5,000 square-foot space, it would be approximately $200,000 to $250,000 in floor inventory. Twenty years ago, they needed $1.5 million or more, and that’s a lot of money for an entrepreneur to put in. The (smaller sized design centers) and technology make the investment manageable. You also get the benefits of our advertising, The benefits of our training, of our logistics. You don’t have to worry about what product to buy if you’re just getting into the furniture business. We have made it much more feasible for people to become entrepreneurs.

How about potential candidates? Are you strictly looking for existing furniture retailers interested in joining, or are you looking outside to entrepreneurs in other retail sectors and professions?

Both, and we are looking to our existing independent retailers, too, as well as corporate store employees who want to become independent entrepreneurs. When I did this, I kept in mind our independents so they wouldn’t feel like we were going to change the philosophy of the way we operate. Our business model has been, and is, that we will be entrepreneurial, whether we run the stores or an independent runs them. We have one program, one marketing.

Today we have 144 locations run by our company entrepreneurs in North America and 35 operated by our independent retailers with an average association of 40 years (including) second and third generations.  That’s good and bad. We should have more, which is why we’re going to this next stage.

I’ve talked to our independents and said, ‘If you want to expand, if you have that interest, let me know.  I’ve also asked our own company retail division to look at people who would be qualified and interested in going from a manager to an entrepreneur, and we will consider them also. We run our own business entrepreneurially and with discipline. They operate as if they own it.

Thirty years back, we had folks from advertising, from Wall Street, medical and other fields who came in and became Ethan Allen entrepreneurs and some of them still are. We are going to send our message out (to other sectors) but initially, it will be in our industry.

So what is it that’s driving this newfound interest right off the bat?

The people we’ve talked to so far are very much interested in a single brand. Our brand is known. It’s a design brand. We’ve also made major changes in our offerings to remain relevant and we’ve strengthened it. We provide a lot of technology help. We provide training help, logistics. All of these are very important areas.

What they’ve got to do is be a great entrepreneur, get a design center and get the best possible talent. That combination, with what we do, will work.” 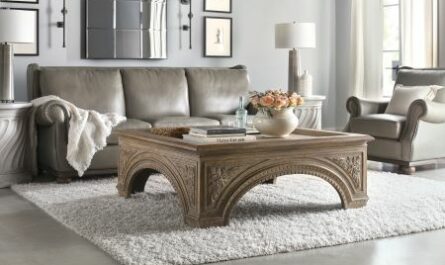 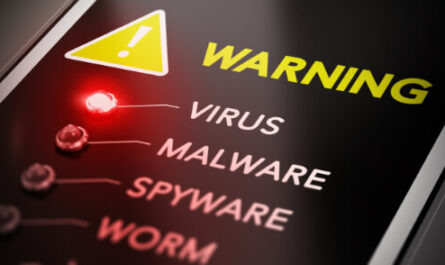 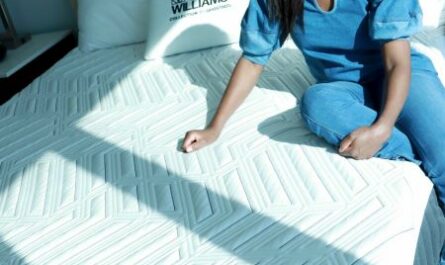