The COVID-19 pandemic has led some to change up tried-and-true promotions — stretching them out, for instance, to avoid overcrowding stores — and sold orders are outstripping delivered sales as a result of severe supply constraints. But for the most part, the sales surge retailers saw in late spring and early summer following the lockdown continued right on through this important holiday weekend.

Business “was very good, though it was different than it has been in the past,” said Jeff Child, CEO of Salt Lake City-based RC Willey.

“Usually on Labor Day, we’ll have doorbusters to drive in as many people as we can.” This time, however, the retailer extended the holiday promotion beyond the typical Friday, Saturday, and Monday long weekend (it’s closed on Sundays) to the full week leading up to Labor Day.

“We just didn’t think it was responsible to try to cram a bunch of people in all at the same time, so we tried to spread it out,” Child told Home News Now. “And I’d say it worked.”

Labor Day Monday business was down, as would be expected, but full-week sales were up over the same period a year ago, and the three-day holiday period was up, too, even though the stores were open two fewer hours each day. Among the hottest furniture categories: home office, motion upholstery and living room in general.

Sales for the full year are running about 9% ahead of last year for the 12-store retailer despite the lockdown this spring when its California and Nevada stores were closed and its Utah and Idaho locations operated by appointment only.

Like many retailers, RC Willey, part of Berkshire Hathaway’s furniture division, is seeing these sales increases despite the inventory shortages it’s facing, not just in furniture but across other categories, too. Containers are flowing in every day, but during the worst wave of the pandemic, when stores were closing, the company postponed several containers because “we just weren’t doing the business,” Child said.

“Then business took off, and it’s been incredible since then, so we’re playing catch-up on inventory.”

Most consumers, he added, have been understanding. Unless, say, it’s a refrigerator on the blink that needs immediate replacement, most are willing to wait.

“People are seeing in other stores and industries that the supply chain is really tight, he said. “We still have a lot of inventory, just not like we normally have. And if we don’t have it, they’re pretty good about waiting until it comes in as long as we’re good about communicating to them and letting them know what’s going on.”

That extra communication effort has been key for Jackson, Miss.-based Miskelly Furniture, too. The seven-store midpriced retailer has faced supply shortages, but not too many cancellations from customers who’ve grown tired of waiting.

“We’re hearing a lot of (stores) are dealing with a lot of cancellations, but we think our model is helping us on that,” said Caleb Miskelly, the new director of sales for the company.

“Our salespeople really manage everything all the way down to delivery and after the sale as well,” he said.

“We’ve had some goods expected in August and the next thing you know, we’re not going to get them until January. That can throw customers for a loop, but we’ve done a good job with either re-selecting or communicating well. It’s the main thing we’re driving home with our salespeople right now. That communication is super important for us.”

Fortunately for Miskelly, a good amount of product came in right before the holiday — mainly from key supplier Ashley, but a few others, too. It was probably Miskelly’s best weekend in-stock position in three months, he said.

Like RC Willey, Miskelly would typically pack its Labor Day promotion into a short window, with things culminating in a day of big-dollar giveaways at the flagship, Pearl, Miss., location on the actual holiday. But this time, the retailer switched things up, too. It offered its most aggressive promotions over two weeks instead of one week. And the tiered savings were enhanced. In the past, the promotion topped out at savings of $300 off a purchase of $1,999 or more. This time, Miskelly customers could save as much as $500 on purchases of $4,000 or more.

The company successfully took a similar tact for the Memorial Day event earlier this year and spread the bulk of its holiday sales over three days instead of one to keep crowds down during the COVID crisis.

For this three-day Labor Day period (Miskelly is closed on Sundays, too), sales were up 11% from the same days last year. Monday business was off, but Friday and Saturday more than made up for it — up 65% and 42%, respectively.

For the year to date, Miskelly estimated business is up about 15% and he’s feeling pretty good about the rest of the year, thanks in part to strong home buying and home building activity in its markets.

To meet consumer demand but with inventory constraints in mind, Mulberry, Fla.-based Badcock Home Furniture & more took a different approach. Instead of spreading out its promotion — which last year ran for seven days and then was extended another week — Badcock reined it in.

“We ran 10% off for four days on top of any other special pricing,” said Badcock President Rob Burnette. “This was to make sure our customers had a great value to come in for, but we weren’t trying to give it away given the supply-chain challenges.”

The strategy proved just as effective. The 380-store, credit-oriented retailer was up 66% over the same period last year. For the week, sales were up 36%, even though it went three fewer days with the 10% discount.

But full disclosure: Burnette noted Badcock’s Florida business last year was interrupted by Hurricane Dorian, which forced the closing of about 100 stores at one point or another during the holiday weekend. So a better comparison probably would be to two years ago. Sales this year were up about 10% from Labor Day weekend 2018. Badcock’s store count has grown about 8% in two years, so the same-store sales gain was more modest, “which is kind of where we wanted to be,” he said.

“Some years we’re trying to stretch it out as long as we can to get as many sales as we can possibly get out of the deal. This year it was more a matter of, we want to have good deals for our loyal customers, and we’ll give them four days to get in and get their deal done.

“But we’re not looking to go out and set the world on fire because product is our challenge right now, like it is for most everyone in the industry.”

Asked what Badcock’s in-stock position is today vs. this time a year ago, Burnette said he didn’t have figures at his fingertips, but it’s lower. “We kept thinking we’d be caught up in 30 days,” he said. “That keeps getting pushed out as sales keep going strong.

“We’re able to service our existing sales, We’re not dropping behind, but we’re not catching up either.”

Other retailers confirming strong Labor Day holiday business to HNN included Englewood, Colo.-based American Furniture Warehouse and Indianapolis-based Kittle’s. On a second-quarter conference call with the investment community, Shawn Nelson, CEO of Stamford, Conn.-based Lovesac, didn’t offer Labor Day sales numbers but said, “we are very pleased with the way that business progressed, not only on the top line but our ability to manage discounts.”

Robert VanHoose, CEO of Franklin Furnace, Ohio-based Big Sandy Superstore, told HNN holiday weekend business was “very strong,” adding sales were up about 50% Friday through Monday, compared to the same four-day holiday period last year. The appliance business was the strongest category, but sales of furniture and mattresses were very good, too.

This is a continuation of the healthy increases Big Sandy began seeing just as soon as it reopened its stores this spring.

Nevertheless, the retailer’s written business is up much more than delivered sales, VanHoose said. Open orders are at a record level because of inventory constraints. And he added that Big Sandy has been actively trying to get ahead of the curve since May, recognizing sooner than most, he believes, that demand was going to outstrip supply.

Separately, the retailer recently struck partnership deals with five former Art Van franchisees and is moving to convert their eight locations to the Big Sandy name, merchandise mix and systems. VanHoose was hoping to have the stores converted and reopened in August and September. So far three have made the move. The final five are now slated to make the transition in the next two to four weeks.

“The biggest problem there is getting enough inventory for them, also,” VanHoose said. “They’re supply-constrained because they were starting from scratch” after liquidating the Art Van merchandise.

For the year to date, Big Sandy’s business is up about 35% despite its stores closing for six weeks during the pandemic. Same-store sales are up about 25%.

VanHoose expects the retailer will “finish out strong” despite some of the headwinds the industry faces, including the supply disruption; he doesn’t see that one resolving until the first or second quarter of next year.

“The demand is there,” he said. “The hard part is getting product.” 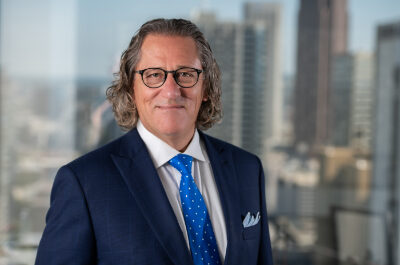 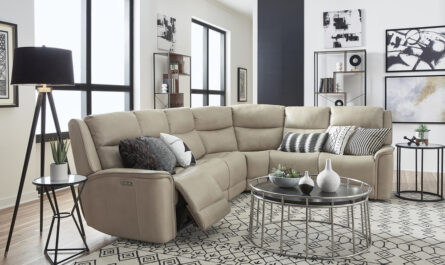 Blog: Has time and COVID made furniture markets obsolete?