WASHINGTON, D.C. — In an historic development for the effort to reduce tip-overs that have injured and killed children over the past two decades or more, Congress passed the STURDY (Stop Tip-Overs of Risky Dressers on Youth) Act this week as part of the $1.7 trillion Fiscal 2023 Omnibus spending bill.

It also became law when President Joseph Biden approved the estimated 4,000-page spending package. The bill aims to reduce the number of tip-over incidents involving clothing storage units that have been known to injure and kill children.

According to officials watching the progression of the bill over the past year — from its passage in the House this past spring to passage of a revised bill in the Senate in September — STURDY was part of a spending bill that included measures that were unrelated to the federal budget. Observers said measures such as STURDY were included in the bill because legislators did not have time to consider them as standalone legislation.

“We applaud the passage of the STURDY Act, which has finally placed us on track for a rigorous, mandatory furniture stability rule supported by all stakeholders,” said Andy Counts, CEO of the American Home Furnishings Alliance, which worked with the industry, parents groups and legislators to come up with a law and standard that was achievable for the industry and acceptable to all stakeholders.

As STURDY has been signed into law by the President, it requires the United States Consumer Product Safety Commission to adopt STURDY — along with an updated version of the ASTM voluntary safety standard for clothing storage units — as the new mandatory safety standard as long as it meets all the performance requirements that are specified in the STURDY Act.

However much of the industry, including AHFA, has supported STURDY versus the CPSC rule, which observers say has complex testing methodologies, the results of which would be communicated on a furniture hangtag saying a unit is more or less stable.

The AHFA said STURDY by contrast requires a series of objective, repeatable and measurable tests that simulate real-world world use of clothing storage furniture. This includes testing units with multiple drawers open and with all drawers loaded along with testing that accounts for the impact on stability when children play on or climb on units placed on carpeted surfaces.

The ASTM Furniture Safety Subcommittee developed revisions to meet these requirements last summer and the proposed performance tests were subject to an inter-laboratory review that made sure each test could be repeated “precisely and consistently,” the AHFA said.

According to the AHFA, in the revised F2057 standard, three tests are prescribed: one with all drawers loaded with 8.5 pounds per cubic foot, based on the calculated volume of each drawer; one simulating the impact on stability when the unit is placed on carpeting; and a third simulating the dynamic force of a toddler grabbing onto the highest “hand-hold” (typically a drawer pull or knob). The units also must remain upright during all three pass/fail tests to be deemed compliant, the AHFA said.

“With the updated ASTM standard as the foundation, this new product safety rule will provide manufacturers with a clear pathway to compliance,” said Bill Perdue, AHFA’s vice president of regulatory affairs.

According to the AHFA, a new timeline it negotiated with key stakeholders in the final weeks of this year — that is included in the amended STURDY Act passed Dec. 23 — ASTM has 60 days to publish the revisions, which would officially update F2057 to meet the requirements of STURDY. After that, the U.S. Consumer Product Safety Commission has 90 days to review the updated voluntary standard and decide if it will adopt it in full or in part as the new mandatory stability rule for clothing storage units.

“Industry, parents and consumer advocates have all agreed that the revisions to ASTM F2057 result in a robust safety standard that will reduce furniture tip-overs and improve protections for small children,” Counts said. “All of these stakeholders look forward to CPSC’s prompt action to adopt F2057 as the federal safety rule mandated in STURDY.”

AHFA said that an outline of the methodology for the three tests is available to its members with permission from ASTM International, which maintains a copyright on all its safety specifications. The document is available in the members-only toolbox at https://www.ahfa.us/regulatory-template/furniture-stability.

On Friday, parents groups applauded the passage of STURDY, saying it was a long-awaited development that will help protect children from tip-overs in the future.

“Parents Against Tip-overs (PAT) is proud to have led a coalition of consumer groups to compromise with furniture manufacturers and retailers to pass The STURDY Act, Brett Horn, Chairman of PAT, told Home News Now. “The STURDY Act will ensure a long overdue mandatory standard is established, which will prevent tip-over accidents from injuring or killing other children.”

“The STURDY Act is a huge step in the right direction, however, there is no substitute for anchoring your furniture to the wall,” he added. “PAT encourages all consumers, in particular those who have small children in the home, to always anchor your furniture.  A simple reminder to parents…”you can replace a hole in the wall, but you can’t replace a hole in your heart.”

Others that have long supported such legislation, also applauded the passage of the Omnibus spending bill that included the safety provisions.

“After almost two decades of advocacy, it’s high time that Congress and the CPSC have both taken action this year to protect our children from dresser tip-overs,” said Nancy Cowles, executive director of Kids In Danger (KID). “The current voluntary standard was not strong enough to prevent tip-overs, and we thank the hard work of parent-advocates for getting this bill across the finish line.” 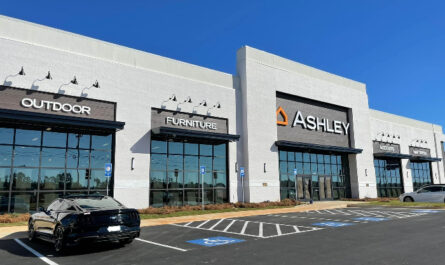 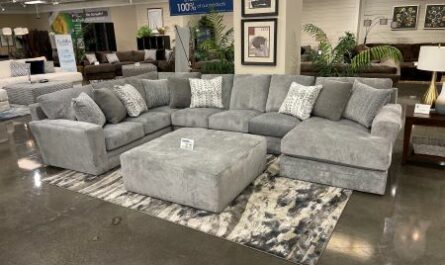 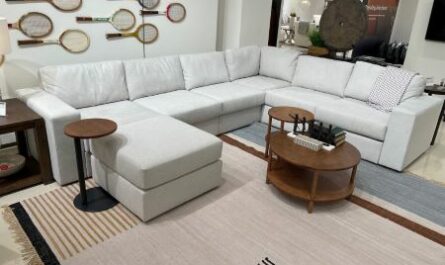 Flexsteel responds to the ‘Voice of the Customer’