HIGH POINT – Jeff Scheffer, a 45-year veteran of the furniture industry, is retiring at the end of this year from his position as president and CEO of full-line manufacturer and importer Universal Furniture.

He is being succeeded by Sean O’Connor, senior vice president sales, who takes the reins as president on Jan. 1.

Scheffer has had the top leadership position at Universal, a division of Samson Holding, since the fall of 2008, following his departure from Stanley Furniture. Prior to Stanley, where he served as president and CEO from 2001 through most of 2008, he also worked at American Drew as president. In addition, he has served as chairman of the High Point Market Authority and as a board member of the American Home Furnishings Alliance.

Since joining Universal, Scheffer has transformed the company from a resource for mostly commodity case goods to an industry style leader, offering a full line of upper-middle-priced case goods and upholstery.

During his leadership, the company has undertaken some of its largest initiatives, including the creation of licensed lines such as Paula Deen Home and Coastal Living and designer furniture lines such as Miranda Kerr Home, Nina Magon and Erinn V.

He also led the company during its expansion into new categories such as domestic upholstery and outdoor furniture, its move to a new showroom in downtown High Point and its launch of a to-the-trade program for interior designers.

Samuel Kuo, chairman of Samson Holding, also lauded Scheffer for his vision in leading the company through extremely challenging times, including the financial crisis and the ensuing recession and also during the pandemic.

“Jeff’s leadership at Universal has been exemplary,” Kuo said “Both his vision to revitalize the company and his ability to successfully navigate the business through unprecedented challenges, including a recession and a pandemic, are laudable.”

Scheffer added that it has been “an honor to work with Samuel and Grace (Kuo) at Samson.”

“Their trust and support allowed us to change the company’s course and attract a new level of retailer, while expanding into the interior design trade,” Scheffer said. “I’d like to thank our employees, the people that I’ve worked for and learned from, and my industry colleagues, all of whom have made this such a wonderful ride.”

O’Connor joined Universal in 2011 as vice president of sales for the Eastern region, then was promoted to senior vice president, sales in 2017. Before joining Universal he spent 14 years at Rowe in positions including national sales manager and marketing representative.

“Leading a company like Universal has been a long-term goal,” O’Connor said. “Jeff is a great mentor with a widely-held reputation for personal integrity, and it has been an honor to work with him for the last 11 years.”

O’Connor added that he is focused on a singular goal for Universal — “continuing to prioritize the development of furnishings that resonate with retailers and interior designers.”

“More than anything, we want Universal Furniture to continue to be known as the easiest company to do business with,” O’Connor said. “We look forward to continued success in the future as we build on the relationships, craftsmanship and design expertise that has brought us this far.”

Scheffer described the leadership change as part of a planned succession.

“Sean and I have spent the last couple of years working closely together in the day-to-day operation of the company,” Scheffer said, adding, “He is well prepared for this next chapter in his career.”

“We look forward to Sean’s tenure as president,” Samuel Kuo added. “We’ve watched Sean grow and succeed under Jeff’s mentorship and we are confident he will help the Universal brand continue to evolve to support customer needs.”

Hurricane Ian does some damage in downtown High Point 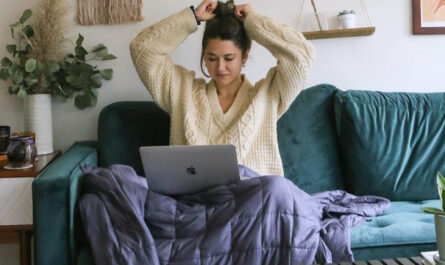