HIGH POINT — Tariffs and duties on some imported hardwood plywood have had the industry — most notably upholstery producers — rethinking where they source many of these critical raw materials.

This shift has been due to tariffs as high as 50% that the government imposed earlier this year on Russian birch following Russia’s invasion of Ukraine. More recently, it relates to proposed duties — as high as 184% — on China-made products being transshipped from Vietnam.

In some ways both are related, but more on that in a moment.

The recently announced duties out of Vietnam have raised the most questions and concerns from the industry of late as no one wants to be hit with a triple-digit increase on raw materials.

Here’s what Home News Now has learned about the Vietnam duties.

+ Fully assembled veneer core platforms manufactured in China that are combined in Vietnam with face and/or back veneers produced in Vietnam or third countries.

+ Multi-ply panels of glued core veneers manufactured in China that are combined in Vietnam to produce veneer core platforms and combined with either a face and/or back veneer produced in China, Vietnam, or a third country.

+ Face veneer, back veneer, and individual core veneers produced in China and assembled into hardwood plywood in Vietnam; and

+ Individual core veneers manufactured in China and processed into a veneer core platform in Vietnam and combined with a face and/or back veneer produced in Vietnam or other third country.

Many companies Home News Now spoke to for this story said they are already mainly sourcing such materials from domestic manufacturers, meaning they wouldn’t be affected.

Others, however, are paying close attention to the origin of their raw materials, particularly as they import some of these components. That includes manufacturers at the upper middle and upper end who were once buying Russian plywood, but have had to shift sourcing to other countries to avoid the tariff. Not adjusting the sourcing of this material would raise the final cost of finished product substantially.

“I have talked to some retailers that are focused on that now,” one source told Home News Now. “It is a question they are asking — ‘Are you getting any of those raw materials from China?’”

Andrew Crone, president and CEO of case goods and upholstery manufacturer Chaddock, said that the company had purchased a six-month supply of Russian birch before the tariff went into effect. That has given the company time to find and select a good alternative for its upholstery frames.

It found that resource from a material produced in Vietnam. However, Crone said the material is not coming from China.

“I can tell you we are not looking at anything that’s from China, but we have looked at some plywood that comes through Vietnam,” he said, adding, “We will very clearly be avoiding anything that comes from China that would be impacted by the duty.”

Jeb Bassett, senior vice president and chief operations officer at Bassett Furniture, said that the company is not importing any Chinese-made plywood for its domestically produced wood or upholstery line. It previously had used Russian birch for its upholstery frames, but shifted that material to South America.

“None of it’s from China,” he said, noting that the material it is getting from South America has proven to be good quality for its upholstery frames. “We test it for its structural soundness and are more interested in its strength.”

The company also gets some plywood from Virginia, including materials used in some bed rails as well as domestically made three or five ply veneers with an mdf core used in dining table tops.

Universal Furniture said it is using mostly domestic plywood for its upholstery frames versus materials coming out of China or Vietnam. It is also looking to use more hardwood plywood from South America to replace Russian birch.

“The Russian birch was the best plywood I have seen bar none,” said Dale Smith, general manager, noting that it is a shame that the supply chain has been interrupted by global events. “You just have to deal with it. These are more supply chain challenges, but there are other options.”

Mark Weber, CEO of Southern Motion and Fusion Furniture, said that the company does not source any hardwood plywood directly out of Asia. Instead, it buys domestically produced materials either made in the U.S. or Canada.

While its supply chain remains stable at present, he said the tariffs and duties could result in a shift back towards the domestic industry, which ultimately is the main reason for the duties — to drive more business back to those producers injured by unfairly priced imports.

While positive for the domestic producers, Weber sees that having some ramifications too.

“The indirect effect could be that people who are affected by it can’t source it economically, so they source domestically,” Weber said. “That drives up the demand of domestic plywood, which would potentially increase domestic prices.” 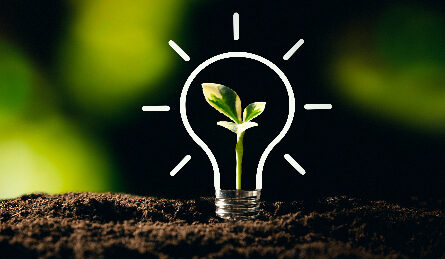 Chandra Holt steps down as president, CEO of Conn’s 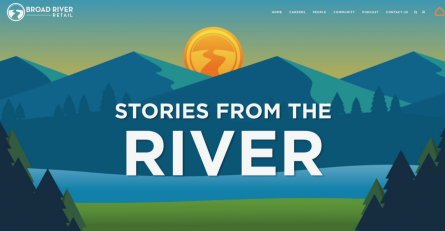 Broad River’s community outreach is part of its success