High Point, N.C. — WithIt, the women’s leadership development network for the home and furnishings industry, announced the nominee finalists for its annual WOW Awards. Each finalist, as well as the recipient of the Visionary Award, will be honored at the WOW Awards gala, on Friday, Oct. 15 in the IHFC International Ballroom.

The annual awards, sponsored by International Market Centers, recognize business leaders nominated by their peers who have contributed to the success of the home and furnishings industry and have demonstrated significant impact on their companies and the industry.

WithIt will present the Visionary Award to Violette Forman, eeneral manager for Atlanta-based Havertys and president of WithIt in 2014 and 2016. The award is the highest recognition level bestowed by the organization, honoring a woman of achievement whose insight and actions have significantly impacted WithIt.

Each of the nominee finalists have submitted packages supporting their nomination which will be judged by a panel of industry leaders. Recipients will be announced in October prior to the gala.

The Leadership Award to recognize the contributions of a woman who has demonstrated successful leadership in her company, WithIt and the home furnishings industry. Leadership Award nominees are Barbara Bradford, Restonic; Beverly Kastel, Stressless; and Amy Lyn Schwartzbard and Patti Carpenter, The Kaleidoscope Partnership.

The Future Leader Award honors a young woman in the industry who has demonstrated outstanding achievement and the potential to become an industry leader. The nominees for this award are Ashley Grigg, High Point Market Authority; Katie Vanderjagt, La-Z-Boy; and Kristen Wo, C.S. Wo & Sons.

The Mentoring Award honors a company or individual for their efforts to foster advocacy, development and promotion of women in their company and the industry.  This year’s Mentoring Award nominees are Rachel Cannon, Rachel Cannon Limited Interiors; Laura Levinson, Valdese Weavers; and Jana Platina-Phipps, Home Couture Collective.

The Education Award recognizes an individual who has put forth significant effort to educate associates, retailers and consumers about home and furnishings. This year’s nominees are Emily Cox, Onyx Design Collaborative; Kathy Phillips, Springs Creative; and Helena Yates, Purecare.

The Sales Excellence Award recognizes a woman who is extraordinary in sales, demonstrates excellence in education and relationships with her customers, and exceptional commitment to the manufacturers she represents.  The nominees are independent sales representatives Angela Huff and Cindy Rogers; and Tammy Virgil, J.B. Hunt Transport – Final Mile.

Violette Forman is a general manager of at Havertys, overseeing stores in Alexandria and Monroe Louisiana. She has been a member of WithIt since 2007 and has served on many of WithIt’s committees over the years, culminating in a nine-year tenure on the board of directors. In 2014, during the first year of her presidency, Forman focused on stabilizing the financial health of the organization. Following a year of leadership transition, she accepted a second year of presidency in 2016 and used her organizational expertise, deep knowledge and love of WithIt to preserve the mission and the viability of the organization.

“Every organization at one time or another has to weather leadership transitions and WithIt is no exception,” said Lorri Kelley, WithIt’s 2021 president. “The leadership Violette demonstrated during this particular time in our history was nothing short of amazing.  It was her strong guidance and encouragement that led many of us in this industry to roll up our sleeves and jump in to make our organization better and viable for the long-term going forward.  Her passion and commitment to WithIt’s legacy and prosperous future during her Presidency in 2014 and 2016 was so inspiring and an exceptional example for those of us who came after to follow.  There is no better woman in our industry to receive our most prestigious honor, our Visionary WOW Award.”

Individual tickets and sponsor tables are available to be purchased at www.withit.org. A limited number of tickets will be sold to allow for each table to seat six.

Sponsors of this event celebrating women’s achievement in the industry include J.B. Hunt Transport and Norwalk Furniture. 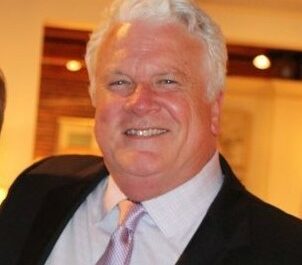 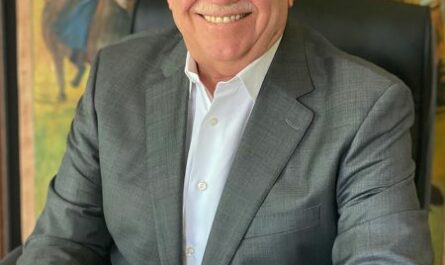