RH may have no peers, but there’s hope for the industry in its upbeat outlook and take on well-executed stores

CORTE MADERA, Calif. — On the fiscal third-quarter conference call and in his letter to shareholders, RH Chairman and CEO Gary Friedman made it clear the luxury home furnishings retailer is not immune to the supply chain problems plaguing the industry.

Revenue growth for the quarter lagged demand by about eight points, he said, due to higher than anticipated demand and global supply chain disruptions resulting from the virus. And while the company expects that gap to narrow this quarter, “the recent spike of virus infections and shelter in place orders continue to negatively impact our manufacturing partners, and we are now forecasting product supply to catch up to demand in the second half of 2021,” Friedman said.

The second half. That would mean it’s going to be sometime next summer or even later before things start to approach normal.

That may sound dire at first glance, but you wouldn’t guess it from the rest of the call, RH’s third-quarter results and its outlook for next year and beyond. The retailer’s revenues jumped 25% to $844 million for the period ended Oct. 31. Adjusted net income increased 154% to $166.5 million. Adjusted operating margin is now expected to reach 21% this fiscal year.

RH shares, which had traded in the low $80s when the stock market collapsed in March, more recently traded hands for more than $425 per share.

“Notably, our cancel rate as a percentage of sales has been lower than last year for the past three quarters,” Friedman wrote last week, “signaling that we should convert a high percentage of demand to revenues over the next several quarters.”  Supply constraints are expected to limit demand and revenue growth for the rest of this year, but the unfilled orders should materialize into $80 million to $100 million in revenue next year, he said.

On the call with the investment community, Friedman was asked whether or not that low customer cancellation rate would continue if supply constraints turned out to be more prolonged than the company anticipates. His answer may give reason for other furniture retailers to take heart.

“I think that the consumer needs the product and I just don’t think anybody else is in stock,” he said.  RH is running the highest backorder log in its history, or at least in the 20 years since Friedman has been there, while its cancellation rate is near an all-time low.

“So … that tells you the consumer probably doesn’t have a lot of other choices,” he said. And the choices they do have can’t ship immediately, either.

“And they really need the product, so they are, in many cases, forced to wait.” Basically, the customer is thinking, if I don’t order now, “how many more weeks might the delay be?”

“So the numbers would tell you over the last few quarters that there doesn’t look like a risk,” Friedman said. “That doesn’t mean things won’t change. I just don’t see any reason for them to change. So our degree of confidence in converting the orders to revenues is very, very high.”

Here are a few more takeaways from the call and Friedman’s letter:

The pandemic delayed European expansion, but the potential remains massive.

Due to Covid-related travel restrictions, RH pushed back the opening of its first store in Europe — RH England — to spring 2022, to be followed by a Paris store in the fall.  The retailer also signed leases for Galleries in London and in Munich and Dusseldorf in Germany.

There’s risk associated with expanding in Europe that modern-day RH hasn’t really had to deal with in this country, but the upside potential is making it worthwhile. In the U.S., RH has a great handle on what to expect when it transitions out of smaller stores and into its grand Gallerie showcases. If it’s got a gallery doing $18 million a year and wants to open a new Gallerie with the hospitality elements, it knows business will double in one to three years, Friedman said. It has established points of reference to back up that estimate.

“But when you think about opening … internationally, we are not replacing any stores. So you have a bit of an unknown on that end,” he said on the call. Less data and more guesswork can be a negative.

On the other hand, with the new international expansion strategy, RH is opening a whole country, not just a city or state market. Friedman compared the UK with California. The latter is, “call it, directionally a $500 million market for the business without all the gallery conversions,” he said. Throw in assortment expansion over time and its potential to be a disruptive dominant brand, longer-term California is closer to a $700 to $1 billion market.

Now take the U.K., with 68 million people to California’s 39 million. “You have got similar demographics, similar wealth populations, and … little change in the density,” he said.

By opening up a 50,000-plus-square-foot RH England on a 73-acre estate in Oxfordshire and then following with another in London and one in France, RH will be opening up its brand to whole countries and travelers in these markets, one of the reasons why RH sees the potential to become a $20 billion global brand long term.

“So we believe opening up .. countries is a big deal, a really big deal … that gives us asymmetrical risk to the upside,” he said.

The booming housing market should fuel RH business well into next year. Friedman said the company can’t predict how long the uptick in the housing market will last, but, “There’s usually a longer tail,” as home sales trigger a lot of home-related spending that plays out gradually.

In his letter, Friedman said RH believes “it’s safe to assume that some level of elevated spending on the home will remain through 2021, and possibly beyond.

“The booming real estate activity in second home markets, an accelerated shift of families moving to larger suburban homes, the uptick in homebuilding, and a record equity market should drive increased spending for an extended period of time and the cycle for purchasing and furnishing a home is anything but quick,” he said.

And then there’s the pandemic, which Friedman (and many others in the furniture industry) notes has forced consumers to rethink how and where they spend their time and money. The longer we remain in this new reality, the more likely consumers develop priorities and habits that favor home-focused businesses.

The pandemic has everyone seizing on e-commerce and rethinking the size of their stores, but RH’s “physical first” strategy remains the same.

Friedman has often used his shareholder letter to contrast the highly profitable RH model to money-losing e-commerce businesses. You might think the shutdown this spring and reports of Wayfair’s first quarterly profits may have led him to reconsider that take and the role of larger physical stores going forward.

But it hasn’t really.

“There’s a growing belief in our industry that physical stores have become a liability and the growth of online is killing traditional retail,” he writes. “It has spawned a widespread movement to downsize, right size, and optimize retail footprints, leading many to declare ‘The Death of Retail’ and pursue a consultant-coined ‘Digital First’ strategy …

But RH believes many in the industry are “moving with the herd,” and assuming online retail is more profitable than physical store retailing. The theories assume the online model costs less because it eliminates big occupancy and payroll costs. In the letter, Friedman said many retailers have allocated the majority of their capital “to unnaturally grow their digital business, resulting in shifting not lifting, sales online at greater costs, driving down margins, while physical stores have been loft to rot…

“Many who report on retail’s imminent death are overlooking the obvious,” he wrote. “We are physical and social creatures. It’s why we still go to theaters to watch movies, concerts to listen to music, ballparks to see a game, casinos to place a bet, and restaurants to grab a bite. We don’t believe ‘bucket lists’ of the future will be filled with lonely online activities, with or without AI, AR or VR. And although the virus has limited our abilities to interact, we believe that post pandemic the need for physical and social interaction will be greater than ever.” 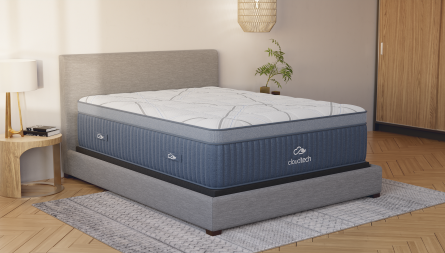 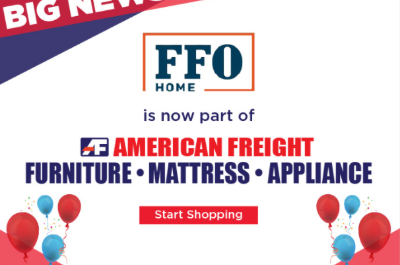 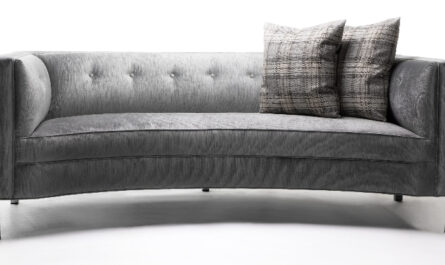