While the hikes were no surprise, the way some price increases were imposed on already-sold goods is an irritating sticking point.

HIGH POINT — It’s not like they didn’t see this coming.

If you take unusually high consumer demand and mix that with severe supply chain restraints and container shortages, it’s only a matter of time before the hammer falls. Furniture retailers are acknowledging this much as the latest round of product price increases and freight surcharges come rolling in.

For the most part, given the continuing strong demand, stores don’t appear overly concerned about their ability to pass on at least a portion of the higher costs they’re seeing. But the one thing in all this that’s sticking in some craws is the retroactive nature of some of these price moves. When the hikes apply to goods already ordered but not yet delivered, that’s a breach of trust, some say, an exception to the rule, and it makes some retailers seethe.

We started hearing about spot freight rate increases about six to eight weeks ago, and then I think it just moved down the supply chain,” said Brian Woods, CEO of San Diego-based Jerome’s Furniture, with more than 25 full-line furniture and sleep specialty stores in Southern California.  “All of a sudden certain manufacturers were coming to us, particularly around foam,” which affected bedding and upholstery prices.

“The way that we’ve managed this is we’ve pushed back pretty hard,” Woods said, adding, “It’s just a lot of conversations and negotiating right now.”

“Our frustration is we’ve got a very significant backlog that’s already sold at predetermined retails and margins,” and some suppliers are seeking increases on these already-sold goods. “The fact that we’re out of stock and trying to catch up with our backlog — that’s the big challenge it’s creating.”

Woods estimated the increases Jerome’s is seeing range from 2% to 8%. While it continues negotiating with suppliers, this is how things are playing out on the floor: On products where the company feels it’s running too short on margins, Jerome’s upped the retail price about two weeks ago as a result of the freight and raw materials cost increases the industry has been hearing about.

“And we have not seen our sales or our demand slow down,” Woods added.

But the ease at which the retailer is able to pass along the increases is a matter of the competitive environment. “Where we can, we’re getting a little more,” Woods said. “Where we can’t, we’re not moving.”

Asked if Jerome’s has had to cut anything from its assortment in cases where a supplier is not playing ball or when the increase is just too much to remain competitive, Woods said, “Absolutely and it’s not just one or two.”

“But it hasn’t been a hard line in the sand,” he said. “It’s been a shift in the assortment.” Where once Jerome’s was flooring eight items from one source, now it may be flooring five.

Mark Mueller, co-owner and general manager of the two-store Mueller Furniture in the greater St. Louis market, said he’s seen price increases trickle in. “and I expect many many more over the next six months.”

It’s not difficult for him to explain why. “When product is in high demand and it’s scarce, prices go up,” he said. And like many retailers, he’s not expecting too much of a shift in that demand-scarcity dynamic anytime soon.

While Mueller hasn’t been impacted by price increases on goods that have already been ordered but not yet shipped, he has heard about how some suppliers are doing that. That includes one of Mueller Furniture’s own, who he declined to identify but said, “I’m very glad that in the last year, they’ve become much less important to us.”

“If any of my suppliers did that, I’d be livid,” he told Home News Now. “To me, that’s breaking a promise, and that’s something you just can’t do.”

Mueller sets his prices on the floor, or quotes special orders, based on the latest information he’s getting from a supplier’s business website or current price list. If he sells to a customer and then orders the item based on this information, “And then you tell me it’s going to cost more than that, that would not win very many points in my book,” he said.

So it’s easy to see how retroactive price increases could rankle retailers even as suppliers face the same new hikes on previously ordered raw materials affecting their own backlogs. Fortunately for Mueller, the suppliers it’s relying on heavily these days haven’t done this, at least not to Mark Mueller’s knowledge.

“I’ve had some price increases and some freight increases, but all of them are coming” with fair warning, Mueller said. He’s getting a letter or an email that states the increase or surcharge is effective on a certain date in the future. “You’re aware of them in advance, and when you price goods, you price them accordingly.”

“And right now, with the demand being high, it’s a no-brainer to slightly increase our prices to offset these price increases. And the customers are willing to pay right now because they want furniture.”

Something else that’s helping is the relatively small size of the increases compared to the impact of tariffs on Chinese imports awhile back. He noted one of the most competitive categories in furniture for the retailer is leather motion upholstery. Mueller was getting dinged 12.5% on a lot of this product because of the tariff. But in the past year, a lot of that leather motion production moved out of China and into Vietnam, effectively reducing prices on those goods again.

“The biggest thing is the inconvenience,” Oscar Miskelly, CEO of Jackson, Miss.-based Miskelly Furniture said of the price increases on goods already sold and ordered. They’ve been averaging 4-5%.  “Now we’re having to go back and change the price on the order in the system (the price Miskelly is paying, not the price to the end customer).

“That’s creating more work on the administrative side here than should be necessary.” Then Miskelly has to reprice the items on the floor, print new tags and perform other related clerical and time-consuming work. “It would have been much easier to do (the hike) on orders going forward, but that was not the case.”

Miskelly never enjoys price increases from anyone, but the time that’s been needed to implement all the changes this time is particularly frustrating “at a time when you need to be focused on the customer experience and product acquisition,” he said.

This isn’t the first time Miskelly has seen price hikes on goods already ordered but yet to ship, but he said the practice previously was more the exception than the rule. And while he agrees with Mueller that it feels like a broken promise, “In these times, people are doing unprecedented things and we’ve had to accept it.

“I’ve had people give increases of $500 to $1,000 per load on truck rates out of Mexico if I expect to get the goods here,” he said. “We’ve also seen container charges up to 40% to 70% over what would be normal rates. So it’s basically no holds barred in terms of price increases and adjustments, even on existing orders.”

Seth Weisblatt, director of merchandising-home furnishings, for industry buying group BrandSource said, “The general consensus is that price increases are inevitable anytime you have a limited supply and an increase in demand.”

As early as July, Weisblatt and others at BrandSource began advising members that wholesale costs were likely to increase, just as their own costs of doing business were increasing, thanks in part to added expense, such as personal protective equipment for employees and customers, new delivery considerations and now product price increases. The California-based buying group urged retailers to be proactive, and “if they had the opportunity to increase their prices, they should start reviewing it,” Weisblatt said.

“I would predict that these price increases are only the beginning, and that over the next six to nine months, even more adjustments will be necessary.”

Robert VanHoose, CEO of Franklin Furnace, Ohio-based Big Sandy Superstore, said his company is getting hit with increases ranging from 3% to 10% depending on the product. “A lot of that is surcharges that are tied to raw material costs,” he said. “If it’s in stock you can pass it on,” he said, and because consumer demand is so strong, passing it on has not really been an issue.

But Jeff Lenchner, CEO of Today’s Home in Pittsburgh, believes the industry may be approaching a tipping point.

“Between the supply chain issue, which is significant, and (retailers now) starting to experience some price increases, it will become difficult to translate both of these at the same time to the consumer.”

Lenchner said he understands manufacturers are under tremendous pressure right now, that their supply chains have been impacted, too. If they’re sourcing foam out of Louisiana, “they don’t want to pass on any increase, but what are they going to do? There’s no inventory.”

The retailer is sensitive to what manufacturers are up again, Lenchner said, but it doesn’t make it any easier to convey to the consumer.

Today’s Home hasn’t experienced increases on products already ordered and yet to ship, Lenchner said. If it had, the company might be navigating some of the same margin concerns retailers such as Miskelly and Jerome’s now face. They still have to honor the price they quoted customers on those goods, which means the profits on those sales shrink.

But Miskelly sees the silver lining even as he contends with the headache.

“Short term it’s a hit,” he said, but with the industry’s unprecedented sales — both written and delivered — lower marketing spend in this environment and other tailwinds working to its benefit, “I’d expect most furniture company profits are up. If they’re not at this time, you need to reexamine your operations.”

And while he doesn’t want to give suppliers any ideas, these price increases could yet turn out to be a positive. For years the industry has faced price deflation. That’s made for some great values, but it hasn’t been very good for the overall industry and the consumer’s view of what furniture prices should be. 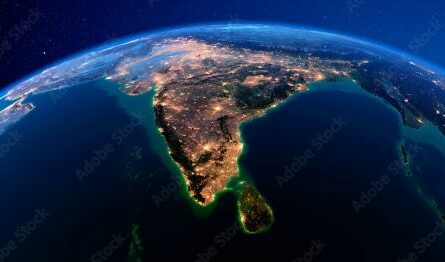 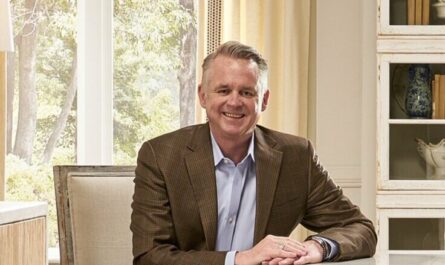 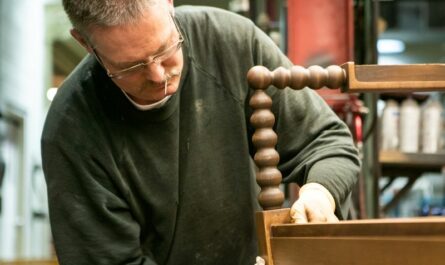